[Click play above to stream ‘II’ by 10,000 Years in full. It’s out Friday June 25 on Interstellar Smoke Records, Ogorekords and Olde Magick Records.]

Marauding, riff-led stuff-breakers 10,000 Years made a striking debut in 2020 with their self-titled EP (review here), finding a niche for themselves in post-High on Fire heavy all the more bolstered through the grit of a production at the famed Sunlight Studio by Tomas Skogsberg (Entombed, Grave, many, many more). With their follow-up debut long-player, somewhat confusingly titled II, the Västerås, Sweden-based trio of guitarist Erik Palm, bassist/vocalist Alex Risberg and drummer Espen Karlsen waste little time in letting listeners know how they’ve fleshed out their sound. Comprised of eight songs running a sharp 39 minutes, II is rife with dirt-coated efficiency, still casting its lot in Pike-style riffing, but finding sludge and noise rock aspects as well in Risberg‘s vocals, lending a rhythm that puts the band at least partially in league with the likes of Domkraft or Cities of Mars.

The songs by and large are a little longer than on the EP, but the main difference is that they’re more tied around the central concept, expanding on a sci-fi storyline set up on the EP that finds the crew of a spaceship crashed on an alternate reality future Earth populated by ancient gods and, apparently, riders on mooseback. Or such as “The Mooseriders” would have one believe. So it goes. Tempo shifts mark another point of growth, and again, 10,000 Years tip their hand early in that regard, with the speedy opener “Descent” — obviously setting up a crash landing via frenetic riffage — giving way not to a subsequent blast of an all-out speed-riff assault as it seems to telegraph, but to a mellower opening for “Gargantuan Forest” and the more nod-paced fare that ensues. I don’t know at what point the lyrics came into the picture, but the songs don’t bend to the story so much as set a fitting backdrop for what plays out across the span, trading intensity back and forth in a way indicative of the burgeoning dynamic in the band’s sound even as they willfully revel in some more familiar stylistic tenets.

For my own version of posterity, and to go with the stream above, below is the story as they tell it, quoted from their Bandcamp page:

After narrowly escaping the confines of the strange planet and its surrounding dimension, the “Albatross” and its crew finally returns home to Earth. The re-entry is rough and the ship crashlands in a forest. The earth that greets them is vastly different from the one that they left.

When the ship travelled back to earth through the wormhole it created a rift in the space-time continuum which propelled them far into the future as well as allowing the Green King and other ancient gods from the other dimension to cross over to our dimension.

They have since taken control of not just the earth, but the entire solar system.

After various harrowing experiences and encounters, the truth finally dawns on the surviving members of the crew. They are indeed back on earth, but ten thousand years in the future from when they started their journey. And to make matters worse, they find evidence that the Green King have been known and worshipped by secret cults and societies on earth for millennia, since before what we today know as humankind even existed.

The surviving members of the crew come to the conclusion that the only way to set things right again is to repair the “Albatross” and take it back through the rift again in order to close it. 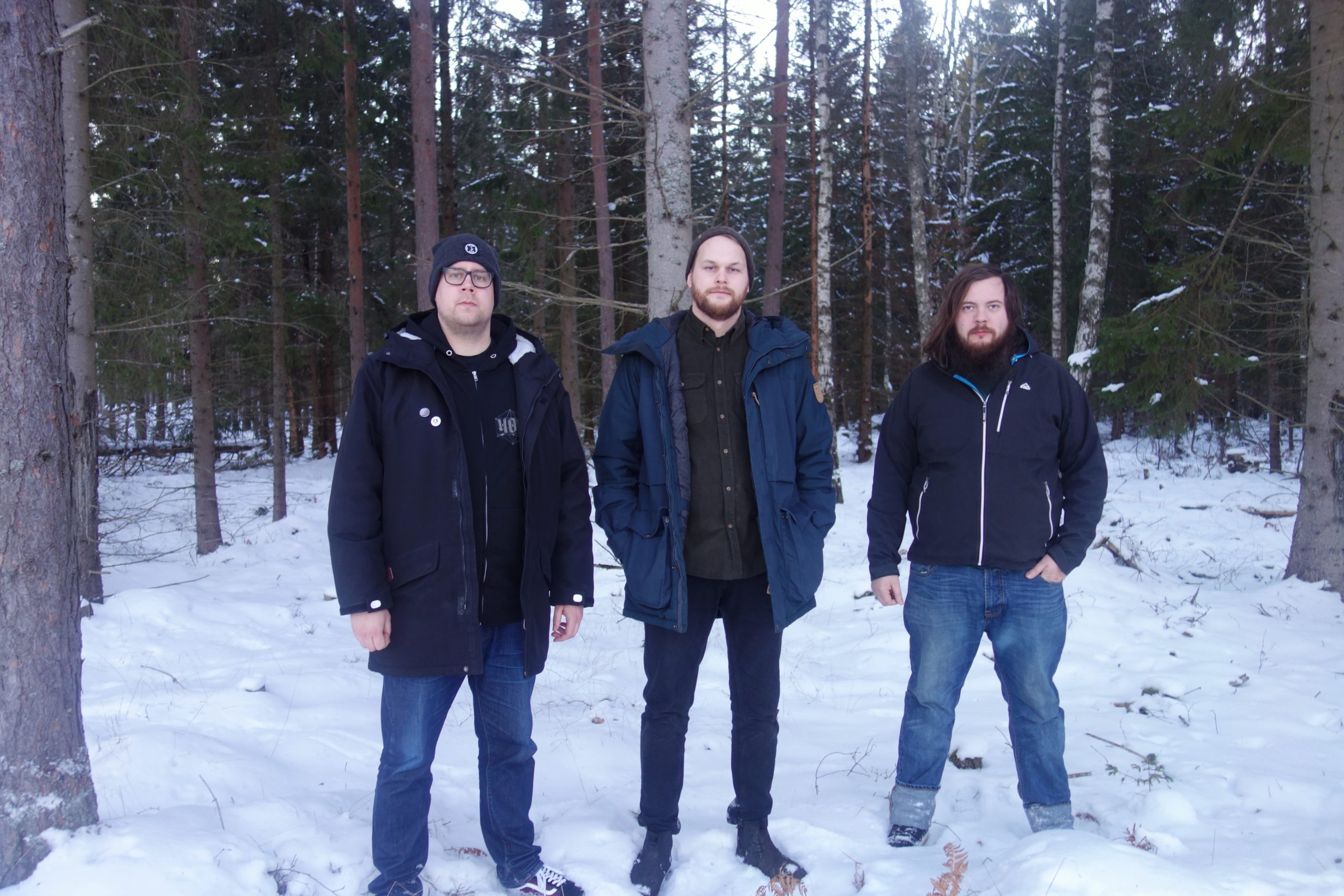 The narrative brings depth to the proceedings but is by no means a crutch, and through the brash shove of “Spinosaurus” to the unmitigated good-time march that is “The Mooseriders” and into “Angel Eyes” with its ready lumber, 10,000 Years remain committed to their purpose both as storytellers and as songwriters. The latter track, at just four and a half minutes long, boasts a standout lead and a kind of jammier vibe, the rhythm and solo guitar layers working the band’s way into an instrumental finish that sounds as if it could easily go on longer than it does and, from a stage in a live setting, provide righteous hypnosis to the audience. In context, it sets up the transition to “March of the Ancient Queen,” “Prehuman Walls” and eight-minute closer “Dark Side of the Earth” on side B, and that is a worthy-enough cause in itself.

While the trio won’t quite touch the same level of brash as “Spinosaurus” again, there’s still plenty of damage to be done on II, and they set about it with glee on “March of the Ancient Queen,” an interplay of chug and crash early giving ground later to an almost psychedelic careening solo in one channel, then the other, then both, atop galloping drums, finishing clean despite all the dust they’ve kicked up behind them. They get more under their proverbial fingernails in “Prehuman Walls,” perhaps, the penultimate cut shorter in its procession but as low down into sludge as 10,000 Years go on this first album, at least until about three minutes in, when they pause before kicking into higher gear once again, if momentarily ahead of a giant Sleep-style slowdown finish.

That sets up “Dark Side of the Earth” as the finale, which enters patient with quiet guitar and unfolds with tragedy-tinged vocals in its early verses before a quiet break leads to a rousing, cacophonous end. II, and not just for its title, makes it easy to forget that it is a debut. So assured is it on an aesthetic level, and so complete in its purpose, that it emphasizes how schooled 10,000 Years are in what they’re doing. That is to say, they are not strangers to the music they’re making, but fans themselves, and so even as they bring forth this pummel that can make one feel bashed about the skull by the time “Dark Side of the Earth” has turned, an abiding sense of joy is resonant in their presentation. Ultimately, that is the greatest takeaway from II, and one could hardly ask anything else of it than to express the richness and vitality that inspired it in the first place. It does this and more.