Symphonic metal alliance, Ad Infinitum, have reimagined their spellbinding debut album, Chapter I: Monarchy, with Chapter I Revisited – a very special acoustic version of their first full-length, to be digitally released December 4 via Napalm Records.

In this episode of Backstage Mondays, Ad Infinitum’s Melissa Bonny is walking you through the historic events behind the story of Chapter I: Revisited. Watch below:

With over one million views on YouTube, Ad Infinitum’s single “Marching On Versailles” speaks for itself and breaks in with thrashing drums as well as stormy guitar riffs – ‘til now. On Chapter I Revisited, the quartet dressed all the debut’s songs – including the hit single “Marching On Versailles” – into an acoustical and rather natural arrangement, representing another beautiful yet unknown aspect of it: Delicate guitar tunes immediately deliver the catchy melody of the chorus straight to the listener, showcasing that Ad Infinitum chose wisely in selecting this smasher as their first single back when Chapter I: Monarchy was released, as well. With the addition of Latin instrumental elements, this version of “Marching On Versailles (Acoustic)” represents a whole new facet of the four-piece.

Ad Infinitum on “Marching On Versailles (Acoustic)”: “2020 has been, and still is, challenging for everyone. The band had to find other ways than touring to connect with our fans and friends. Therefore, working in secret, we prepared one more surprise for you. An early Christmas present! A complete acoustic album featuring all the songs of Chapter I: Monarchy. Be ready for Chapter I Revisited!”

Watch the video for ”Marching On Versailles” (Acoustic) below:

The quartet, fronted by inimitable vocalist Melissa Bonny, have impressively attired the ten songs on Chapter I Revisited as an acoustic arrangement, showcasing how beautifully the hits like “See You In Hell” or “Demons”, amongst others, magically unfold in a more instrumentally-organic environment. Surrounded by gentle guitar playing, the originally dark symphonic metal album transforms to lightness throughout the harmonic approach of instruments. Melissa Bonny’s multifaceted vocal power shines like a bright star in the dark sky and manages to shake the firmament despite the acoustic background, notedly expressed as the powerful growls in “Maleficent” break through the silent surrounding.

Melissa Bonny on Chapter I Revisited: “After the release of Chapter I: Monarchy, we received very positive feedbacks concerning the acoustic bonus tracks. This summer, when we realised that we would probably not tour at all this year, we decided to create something special for the people who support us. We revisited and re-recorded entirely our Chapter I and we gave it a brand new atmosphere. Please welcome Chapter I Revisited!” 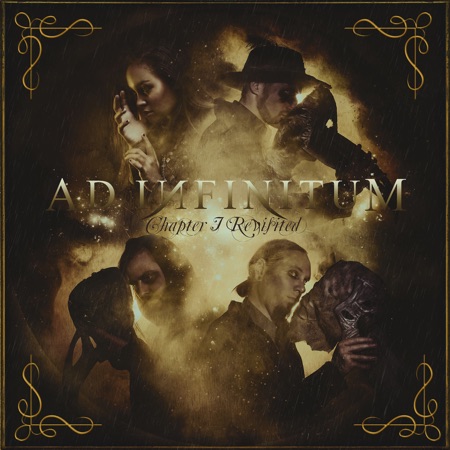 Pre-order your digital version of Chapter I Revisited here.

Mongolia honours The Hu with their own special coin

Join the prophetic aura of the blue orb and dive into the somber twilight of a cinematic metal...
Read more