The essential narrative of Dream Weapon, that Poughkeepsie, New York’s Genghis Tron have returned from over a decade of hiatus to issue a new album, hardly tells the whole story either of the band or the record. Picking up where they left off in some ways — Kurt Ballou at GodCity producing (also Ben Chisholm and JJ Heath, and Heba Kadry mastered), Relapse Records handling release duties — guitarist/keyboardist Hamilton Jordan and keyboardist Michael Sochynsky have revitalized the band with new vocalist Tony Wolski (The Armed) and drummer Nic Yacyshyn (Baptists/Sumac), the latter of whom is the first non-machine drummer the band has ever had, whatever doubts his work in the culmination of the title-track might raise about that whole “not a machine” thing.

Coinciding with the new personnel is a shift in sound. In 2008, when Genghis Tron — even their moniker ringing out with aughts-era indie irreverence — released their second full-length, Board Up the House (discussed here), they had already grown beyond the let’s-play-grindcore-with-electronic-dance-parts that made their 2005 Cloak of Love EP and 2006’s Dead Mountain Mouth debut long-player such a challenge to no-fun metallic convention. Those elements were still there, to be sure, but the band had worked to unify the varying sides of their sound into something even more their own. Dream Weapon is another 13 years’ worth of progressed. Comprised of eight songs running a tidy 45 minutes, it draws readily from extreme fare when it so chooses — the mathy chug of “Single Black Point,” for example — but is more akin to heavy prog or kraut metal or some such ultra-specific microgenre than it is to grind-plus-EDM.

Something that has carried over is Genghis Tron‘s ability to maximize the impact of a riff, to create tension and then open wide and allow for a release thereof. The payoff in 10-minute advance single “Ritual Circle” is an example of this but by no means the only one. The earlier “Pyrocene” arrives after the intro “Exit Perfect Mind” and (re-)establishes that pattern as well as the more melodic, used-to-enhance-atmosphere, echoing, willfully mellow wash-over of Wolski‘s vocals that becomes another theme throughout Dream Weapon and a defining aspect of Genghis Tron circa 2021. The addition of Yacyshyn‘s live drums isn’t to be understated either, particularly as the album’s title-track follows “Pyrocene” with a still-melody-topped percussive thrust that is gorgeous, rolling and consuming. By the time “Dream Weapon” chills, a little past its midpoint, the steady beat becomes accompanied by is-that-a-second-layer tom hits and keyboard flourish that provides the record with a standout moment. It feels a bit as though Genghis Tron wrote three or four more LPs over the 13 years since their last one and didn’t tell anybody but kept growing all the while. 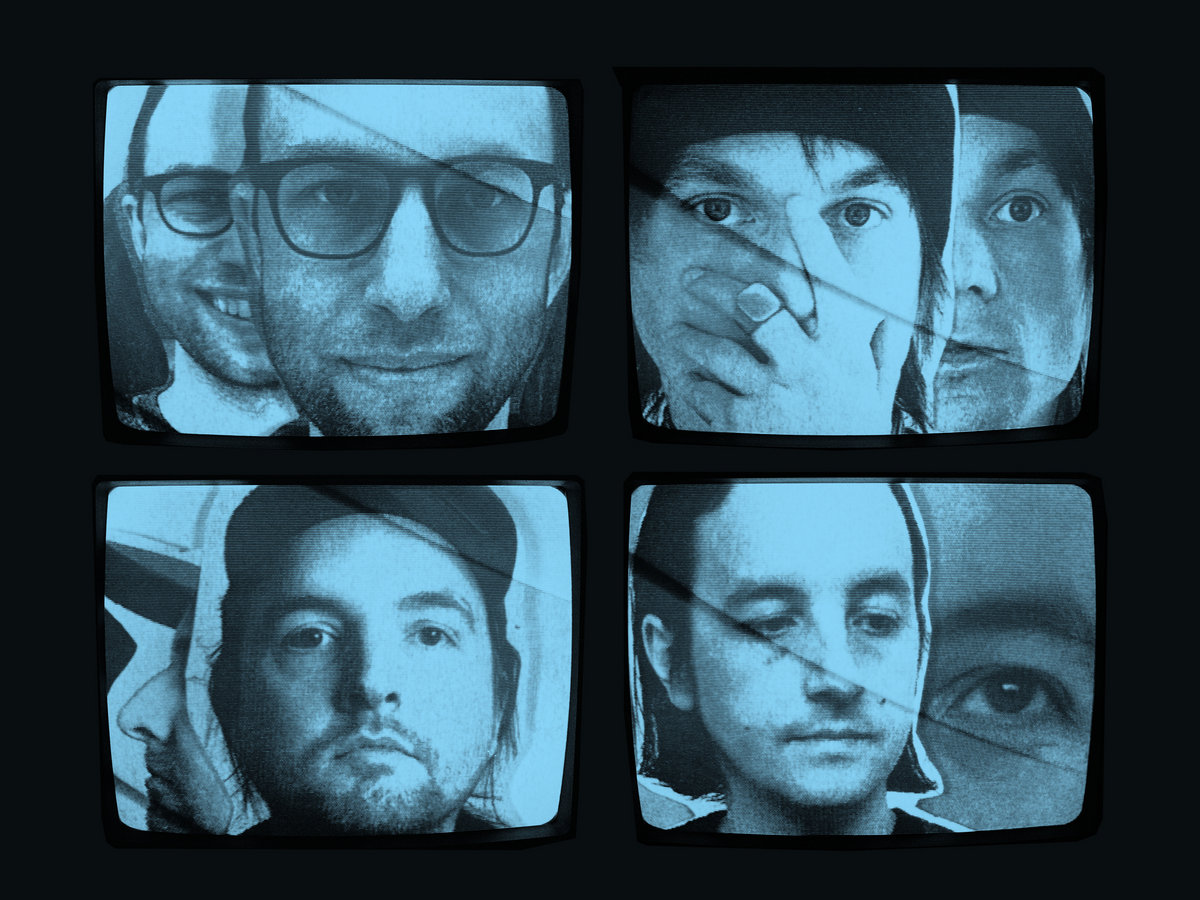 The ambient instrumental piece “Desert Stairs” provides a breath of serene drone before the seven-minute “Alone in the Heart of the Light” shifts Dream Weapon into its next and even-more-immersive stage, hypnotic keyboard lines intertwining atop an insistent but not unwelcome snare before the vocals recede for a time, return in barely more than a whisper over more far-out-directed synth melody. As a foreshadow of “Ritual Circle,” which follows, and “Great Mother,” which closes following the penultimate semi-return-to-ground “Single Black Point” in between, “Alone in the Heart of the Light” probably ends side A of the vinyl but is effectively a bridge to the second half of the album, rife with melodic wash and individual intent.

“Ritual Circle” begins mellow and swells and comes in waves and — in a way Genghis Tron have never done so effectively — is patient in how it unfolds. True, it hits its crescendo by the time it’s at its halfway point, with Wolski‘s vocals layered in a call and response, subtle but there, as the drums crash behind and the keys and guitar lead the way into the motorik thrust that defines the song from shortly before the six-minute mark onward. Bouncing but entrancing, if there’s a ritual dance to be done anywhere, it’s there, but the drums drop out early and intertwined layers of beats and keys finish, leading directly into the more forceful chug of “Single Black Point,” the band choosing to let the end of the song prior be its own moment of reflection, peace, or maybe just recovery.

Because it is staggering. “Single Black Point” is instrumental, and like the song before, it ends with keys, giving way to the more foreboding, lower notes of “Great Mother” to finish out, but its purpose is more than simple movement as well. It sets up the arrival of “Great Mother” — one assumes that’s Earth itself — which features a not so disparate payoff from that of “Ritual Circle,” but does it twice, with more forward guitar, and feels more like a summary of Dream Weapon as a whole for that. There are vocals and keys at the end, but by that point Genghis Tron can close however they want — they’ve made it abundantly clear they’re working on their own terms, outside of the band they were but still evolved from it in a way that can only be called organic despite the alleged irony of so many electronic aspects to their style.

One might liken Genghis Tron‘s return to that of Florida’s Cynic. When that once-death-metal band reemerged in 2008 after some 15 years with a more progressive sound, it felt similarly natural for them to go in that direction as it does for Genghis Tron to go or to have gone in this one. I won’t decry the band’s past work, but to call Dream Weapon anything less than one of the year’s best LPs would be underselling it. It’s not just that they’ve changed their style or gotten more melodic with a new singer — the impact of this material also comes from a creative use of rhythm that might’ve been possible before but certainly wouldn’t have been likely. At the same time, as much as Wolski and Yacyshyn bring to the band — and that’s plenty — the songwriting at work between Jordan and Sochynsky feels very much like the foundation from which the pieces are built out into the whole album. That is a task for which one is thankful they set themselves, and if this is a point from which they might pick up and continue forward, it should be all the more counted as essential.

Previous articleCHRIS CAFFERY Celebrates PAUL O’NEILL On The Anniversary Of His Death – “My Life And So Many Others Would Not Be The Same Without Your Creativity, Magic, Guidance And Kindness”
Next articleYossi Sassi & The Oriental Rock Orchestra release video for Brotherhood