In a career arc that spans over three full decades, Richmond, Virginia’s Erik Larson has contributed to a range of acts from Avail to Axehandle, Alabama Thunderpussy to Backwoods Payback, Birds of Prey, Hail!Hornet, The Mighty Nimbus, on and on. Currently found in Omen Stones, Roy Batty and Thunderchief — at least two of whom have new material in progress, if not all three — he is a multi-instrumentalist, vocalist and songwriter, entirely capable of serving as frontman or propulsive drummer, and in the case of his solo work, he often functions as a one-man band.

His best known solo outings are probably 2003’s The Resounding and 2005’s Faith, Love, Hope, both of which were released through Small Stone, and in 2013 and 2016, he followed with the Garrett Morris (Windhand)-produced A Dedication and Haura, prior to joining Backwoods Payback for a pair of LPs and numerous tours. On Sept. 17, he released two new full-lengths and an EP, playing entirely solo on Favorite Iron (some guest horns aside) and Siste Latter and bringing in two drummers for two tracks each on the four-song Measwe. Each offering was produced earlier this year in a different studio, and each follows its own path forward.

In whatever incarnation a given outing might have him working, it is the work that is defining. Larson‘s voice, sometimes clear, sometimes guttural, is distinct even among throatier deliveries, and much of the Southern metal that comes through in his style derives from aesthetic he helped shape. There is little mistaking his presence generally, and his own material is very much that.

Co-produced by Larson, with recording and mixing at Minimum Wage by Lance Koehler in Richmond, the 10-song/45-minute Favorite Iron offers surprises from the moment the horn-quartet kicks in on opener “Backpage,” a stated homage to front-of-house manage/recording engineer John Hopkins (Sleep, Bongzilla, Melvins, etc.). Whether it’s the acoustic “In the Threes” and “OVFNI,” the latter digging into moody grunge melody, the Southern-style heft of clean-sung second cut “Darker Blue,” the hooky “Off With That,” “Starting Who?” and the especially hard-hitting closer “The Heavies” — a fitting bookend to “Backpage” sound-wise — or a punk rocker like “Middle Age,” the album works in sets of three songs each the establish a flow across its entirety. “Backpage,” “Darker Blue” and “The Dr. is In” provide the surge at the beginning with “In the Threes” as the 1:45 outlier, then “Middle Age,” “Off With That” and “OVFNI” move between hardcore and friendlier punks before “S.O.T.S.O.G.” — a cover of UK heavy rockers Blackrock from their 2002 EP, Clutching at Straws — shifts into the final duo “Starting Who?” and “The Heavies” to rage, crash and ultimately feedback out. The opener is the longest track (immediate points), and the closer slams meanest, but in between, Favorite Iron‘s songs are a journey to be undertaken, united by songwriting and production even while careening, elbows flying outward, through deceptively encompassing breadth. 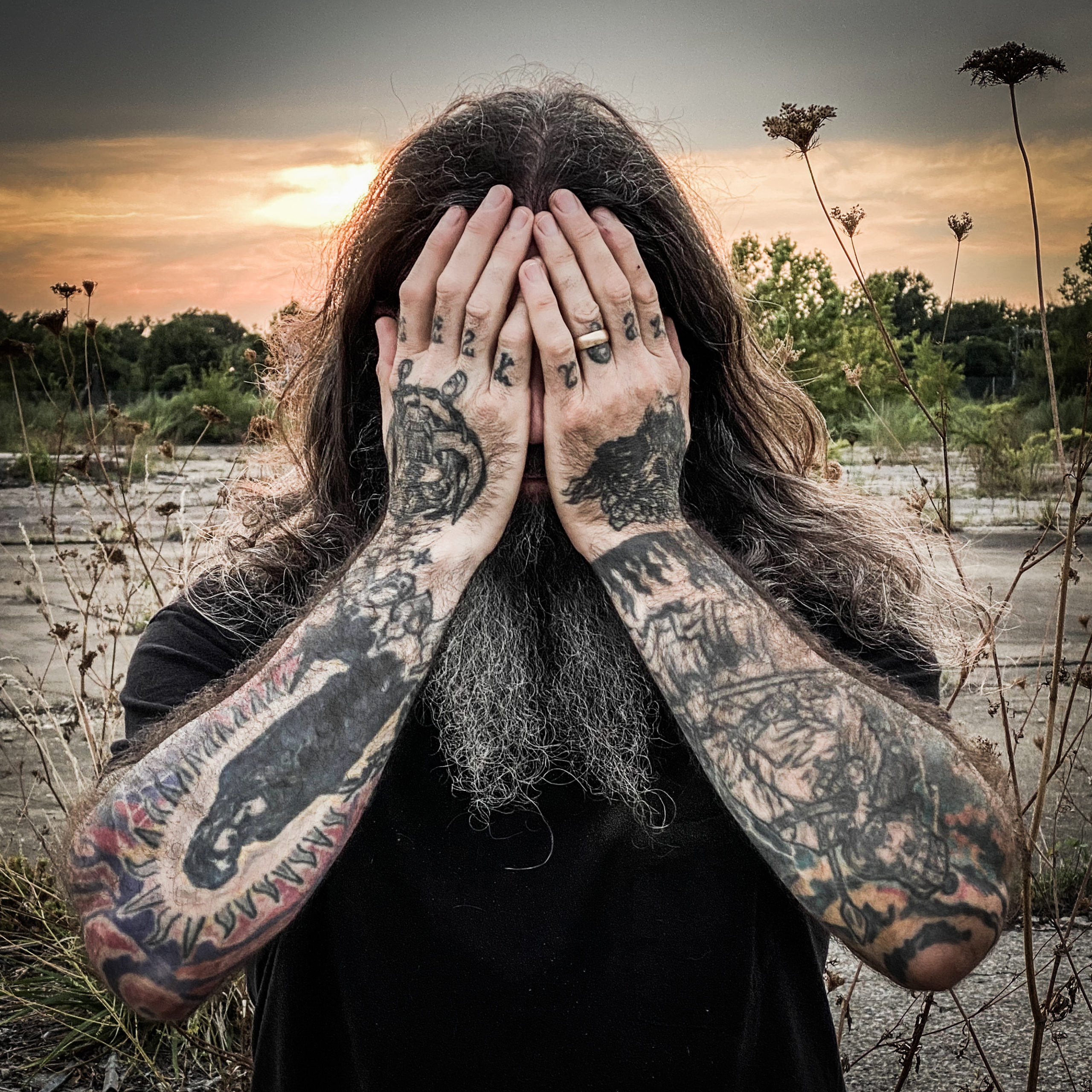 Shorter on runtime, but big on grit, Siste Latter was tracked in Asbury Park, NJ, with Pete Steinkopf (Bouncing Souls) co-helming at Little Eden Studio. The title is Norwegian and translates to ‘Last Laughter,’ so fair enough. “Wanted as We Were” builds in intensely, but is more about swing than pummel in its groove, and the exclamatory “It’s a Caper!” — which is about as close as Larson comes on any of these releases to sounding like Backwoods Payback — actually isn’t the most exclamatory song on the outing, as following the acoustic interlude “Happy Accidents,” “Little Boogie” emerges as willful in its good time. Opening chug gives way soon to a bouncing riff and churning chorus, out of which come a series of “woo!” and other shouts, even a “c’mon!” included, though as he’s the only player on the outing, Larson‘s essentially talking to himself, rather than a band behind him. One way or the other, the track is a blast, and easy to imagine it coming from a stage. It finishes even short of its 3:48, and tape hiss stops as a transition to the acoustic-led “Pull the Brake,” — “Pull the brake/Let me off/I ain’t quittin’, I just stopped,” the standout lyric — which weaves electric guitar in with its strum and cymbals, the vocals forward and natural-feeling. The finale, “Zelig Aspirations,” splits its six and a half minutes between driving dirt rock and foreboding acoustic guitar with effects-laced cymbals behind, gradually incorporating electric distortion which ultimately caps, feedbacking into a quick fade. Debate EP/LP if you want, the bruises are there just the same. 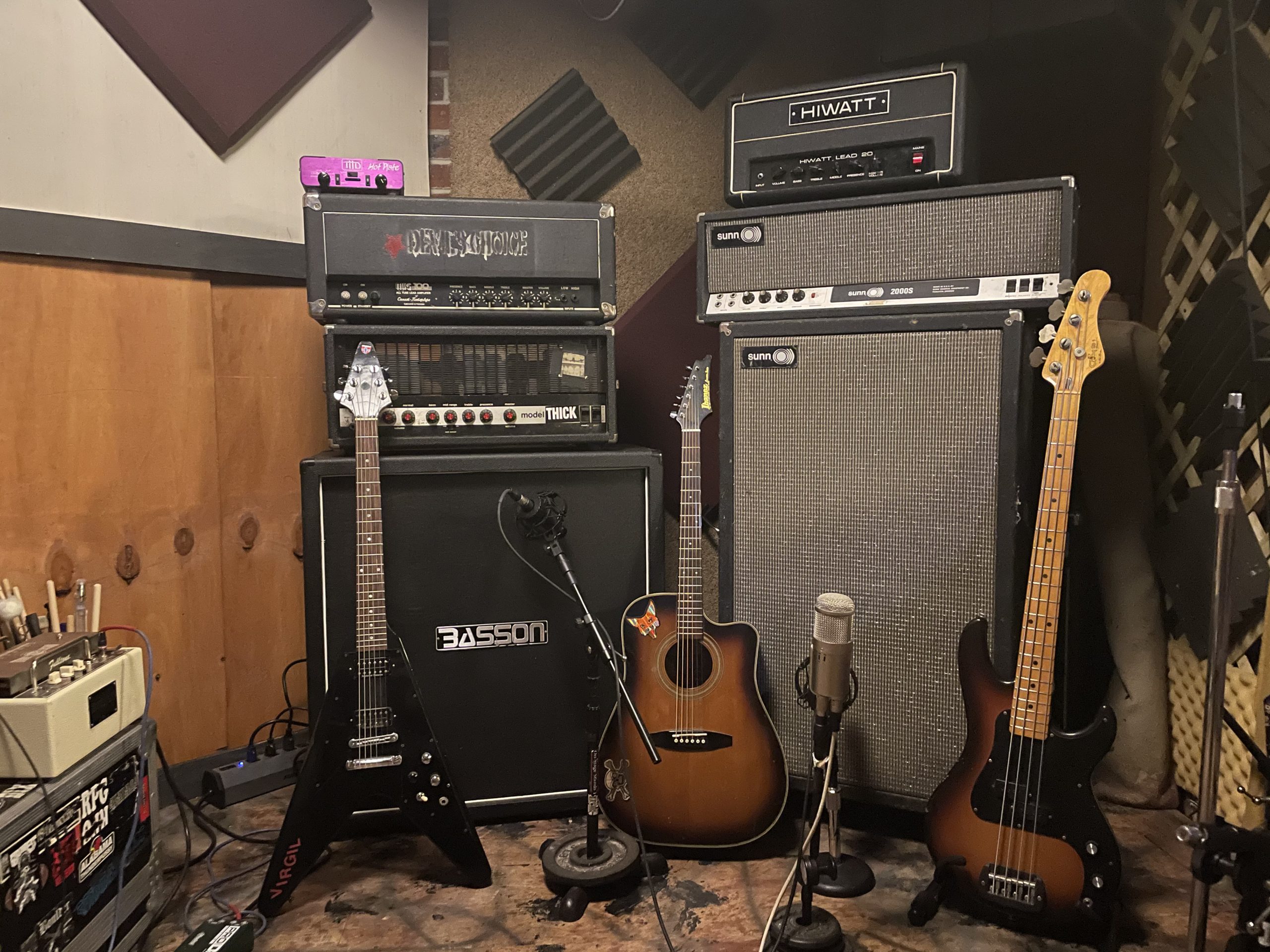 “Front of House” leads off the four-song/16-minute Measwe with echoes of “Backpage” from Favorite Iron in its John Hopkins homage — “I’ll never see you again/I’ll never hear you again/Say to me/’Do your thing’”; the last lyric also having appeared in “Backpage” — which sees Larson joined by drummer/recording engineer Jordan Faett (Paper Trail) and drummer/bassist Buddy Bryant (Dirt Merchant) for an even more complete-band feel. Faett and Bryant alternate between “Front of House,” “AsWas,” “Old Friend” and “Indipleading,” and both suit the rough edges of Larson‘s riffs well, whether that’s the rush of the noted chorus to “Front of House” or the still-hardcore-kids cap put on the ending of “Indipleading.” Between them, “AsWas” is brooding where “Old Friend” is more spit and nastier in its shove, but the bottom line with Measwe — also stylized all-lowercase: measwe — is that where Siste Latter and Favorite Iron pull back on the heavier intention, the EP simply doesn’t have time for it. The tradeoff is a more intense listening experience, and in working with other players despite still being responsible for the entirety of the songwriting, there’s an energy to the EP of its own, but if Larson is trying out bandmates, he’s got his work cut out for him. “Indipleading” finishes with a sudden few snare taps, quick hits, and leaves a heavy silence afterward, making it clear that despite the 20 songs across these three releases, this might be more beginning than end. So be it. Hopefully, anyhow.