ANNIHILATOR Frontman JEFF WATERS Looks Back On Working With DANKO JONES For “Wrapped” – “One Of The Hardest Working Dudes; I Hope We Write Some More Tunes”

Annihilator frontman / founder Jeff Waters has checked in via social with another photo from the archives:

“So, this guy! Danko Jones: badass new record out this summer (Power Trio) and one of a few severely underrated rockers from the Great White North.

Danko and I wrote two songs with Annihilator: ‘Couple Suicide’ (also featuring Angela Gossow) and ‘Wrapped’, from the Feast record. He, along with Devin Townsend and a few others jam shows and festivals around the world for decades but have trouble getting noticed in their home country (Canada)… but, like Annihilator, always fly the flag for rock n roll and metal. Danko’s a good guy, one of the hardest working dudes (as is his band) and I hope we write some more tunes!

Check out his new record (badass, as always) and check out the second song he and I wrote, and he sang, for Annihilator’s Feast record, ‘Wrapped’. A wee bit of G N R vibe; in fact, that was the working title until Danko came up with the real title!”

Danko Jones have released an official lyric video for their new single, “Flaunt It”. Check it out below. “Flaunt It” is taken from their forthcoming album, Power Trio, which is due to be released on August 27. It was produced by Eric Ratz. 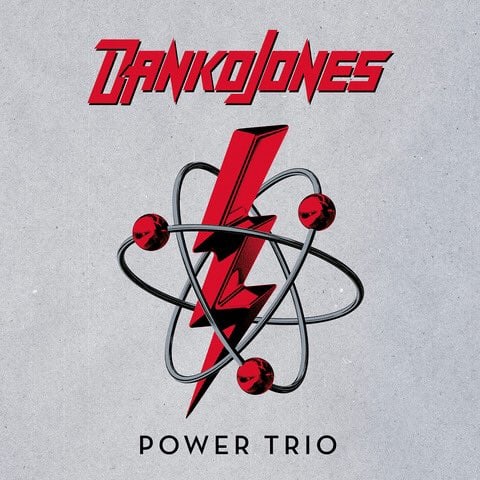 “I Want Out”
“Good Lookin'”
“Saturday”
“Ship Of Lies”
“Raise Some Hell”
“Blue Jean Denim Jumpsuit”
“Get To You”
“Dangerous Kiss”
“Let’s Rock Together”
“Flaunt It”
“Start The Show” (feat. Phil Campbell)