Melodic death/doom metal band, Coldbound, recently released their latest single, “Slumber Of Decay”, which marks the metal comeback of Liv Kristine (Theatre of Tragedy, Leaves’ Eyes) and Meiju Enho (Ensiferum). They have checked in with some footage from the studio.

“A sneak peek at the Coldbound Synthesizer Studio; Meiju is taming a MASSIVE song with analog sequencer bass. Stay tuned until you hear this monster!”

Liv Kristine spoke with BraveWords scribe Carl Begai exclusively about joining the band and her forthcoming solo album. Following is an excerpt from the interview.

“I got involved with Coldbound in 2020, about a year ago,” Liv reveals. “Pauli (Souka / guitars, bass, vocals, drums), who is a really good friend of my fiancé Michael (Allegro Talent Music), sent him that one track, asking if I might consider being a duet part of it. I have to say that I was impressed instantly. I felt like I had travelled back to the times of Theatre of Tragedy. Pauli let me re-write the lyrics to fit my melody lines and as I was finishing my vocals in the studio, I told Michael and Pauli that it felt like I was singing on a song that was made for me. It’s such a beautiful and powerful composition and I kept thinking ‘What if Pauli’s got more of that brilliant music?’ Pauli must have sensed it because he asked me to join Coldbound later in the year, which I did, feeling really safe and free with my decision.”

A brave move on Liv’s part in that her split with Leaves’ Eyes could only have left a bad taste in her mouth with regards to being part of a band situation.

“You’re right, the story with Leaves’ Eyes really left a bad taste in my mouth,” she agrees. “And it’s not finished yet, as two band members actually sued me after they took away my primary source of living by replacing me with another singer. I had never foreseen that I would experience such unfair treatment. Why not just get it over with and leave each other alone? That’s what I thought would happen in 2016 by getting divorced, sorting, getting on with my own life, finding 9-to-5 jobs and a lovely home for my family. I’m actually the one who lost my band that I formed with my friend and bassist, Chris Lukhaup, in 2003. I never, ever asked the current two band members for any compensation, whatever happened, however it happened, whoever posted a fake ‘protocol’ in the news in April 2016 that I neither signed nor approved of. The trial will continue and there will be a severe judicial examination of the case that the last two members of Leaves’ Eyes have brought to court. That’s their decision and I’ll have to set boundaries now. I don’t want to be part of other people’s destructiveness. Still, I hope for a peaceful solution to end this case and I’ll make sure that truth will come to surface.”

“Anyway, I am feeling blessed at this moment. Coldbound is a blessing, I have to say. Pauli and Meiju (Enho / keyboards, orchestration) are wonderful and there’s a deep understanding and passion between us. Our first single, ‘Slumber of Decay’, will be out on February 5th and this is a special day for Meiju, Pauli and me; maybe especially important for me.”

“Upon discovering new ways to express our visions, finally we discovered this genuine portal of innocence, freedom but also of hardships. We have completed a very tough musical work for this release by capturing the moment and expanding our vision. A vision that resonates within our music in a mysterious way. A way that is capable of putting our audience into a unique trance of thinking through all kind of situations; whether these emotions are connected to a mysterious approach, freedom, fantasy or of inner struggles. This is ‘Slumber Of Decay’.” 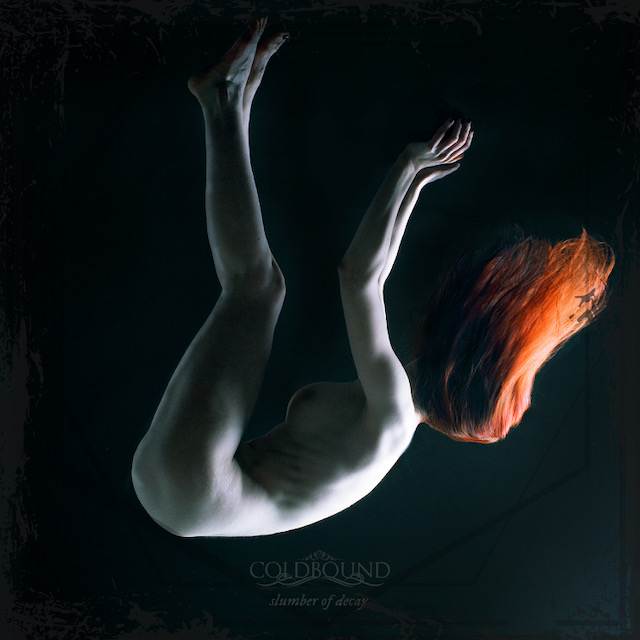