METAL
January 30, 2022
Dark Tranquillity vocalist Mikael Stanne revealed that the band’s former guitarist, Fredrik Johansson (1993 – 1998), has passed away after a long battle with cancer. He was 48 years old. You can read full statement from Mikael down under.

Mikael Stanne wrote: “One of us is gone. Fredrik Johansson passed away on January 25th after a three-year long battle with cancer. He joined Dark Tranquillity in ’93, right after the recording of our first album Skydancer. He replaced me as guitarist so that I could focus on singing, and with that he raised the bar and set the course for what we could do and wanted to be. His influence and passion had an absolutely massive impact. The first song that we wrote together was something we ended up calling “Punish my Heaven”, and with that we knew that we were on a path that we up until then had only dreamed of.

“Fredrik was mercilessly funny, sharp and highly intelligent, and would light up a conversation with his amazingly positive and quick witted commentary. But also, as easily, he would tear an uninformed argument or opinion apart with well articulated and thoroughly researched logic. His sense of humor and adventure would more often than not lead to epic excursions in stupidity and madness that I will forever miss.

“Fredrik left the band in ’99 to focus on his family, yet he remained our biggest fan and our fiercest critic. His insights into the direction of our music was invaluable and knowing that he always listened and cared about what he had been part of creating meant the world to us.

“A recent story, that speaks volumes about his personality, is when we launched the album Moment with a streamed concert in 2020. For weeks ahead of the release, Fredrik was on our Facebook page making sure that those who did not have access to a credit card or simply could not afford it would be able to see the show as well. By personally paying a ticket for those who weren’t able to, Fredrik made sure that no-one was left without. That’s who he was.

“Having known about his cancer battle for almost three years and having dealt with the fact that this day would eventually come doesn’t make it any less real. We all still feel it. And we always will.

“Living without you in this world will be radically different and not even close to as interesting and curiously fun as it has been with you in it. On behalf of the entire Dark Tranquillity family, we love you Fredrik and we will miss you forever.

“We start our US tour today and by playing the songs that Fredrik wrote and helped create we aim to keep his name and musical legacy alive. He was one of us and we love him.

“It is what it is, and what will be will be” as Fredrik used to say might serve as a reminder that our time here is nothing but temporary and we should make the most of the beautiful personal connections we have and treasure the people that we have surrounded us with.

“Tons of love from all of us to Fredrik’s wife and three daughters. Mikael Stanne and all of Dark Tranquillity.” 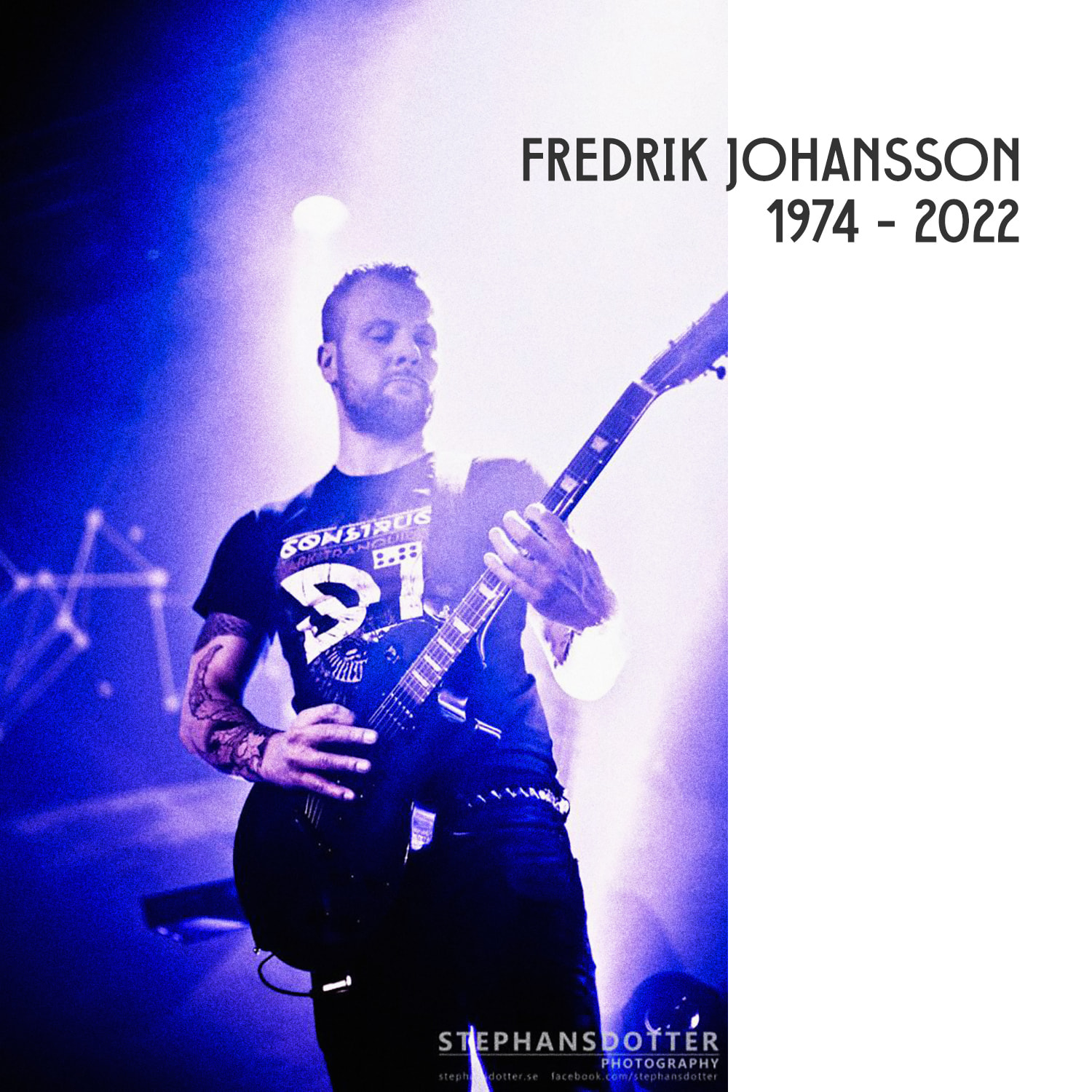