Dream Theater guitarist John Petrucci and singer James LaBrie recently guested on the Talk Is Jericho podcast. The band was on tour when the pandemic hit, and the guys talk about what it was like to try to get home to the States, and then to continually cancel dates as the pandemic got worse and wore on. They talk about the time Dream Theater’s show at The Palace in Hollywood got shut down by the fire marshall, the impact that Rush and Neil Peart has had on their music and career, and why Eddie Van Hallen’s passing hit them so hard. They also tell some great behind-the-scenes stories about the making of Scenes From A Memory, including the reason why the entire album had to be remixed at the last minute. And of course, they’re working on new music, and tease when that may be ready for release. Plus, John talks about reuniting with original DT drummer Mike Portnoy on John’s solo album, Terminal Velocity.

Dream Theater have released an official video trailer for their upcoming ninth career live album, Distant Memories – Live In London, scheduled for release on November 27. Check it out below:

Recorded at their sold-out show at the legendary Apollo Theatre in Hammersmith, London, the live release documents the band’s popular world tour in support of their latest critically acclaimed studio album Distance Over Time and the 20-year anniversary of their seminal concept album Metropolis Part 2 – Scenes From A Memory.

Distant Memories – Live In London is the band’s first live album since 2014’s Breaking The Fourth Wall. The new release will be available in various configurations including digital only, a 3-CD and 2 DVD multibox, a 3-CD and 2 Blu-Ray digipak with slipcase, a limited deluxe 3-CD + 2 Blu-Ray + 2 DVD Artbook and a limited 4-LP and 3-CD box set. The video components will also feature a Behind The Scenes look at the band as they get ready for the shows.

All formats of Distant Memories – Live In London are now available for pre-order here. 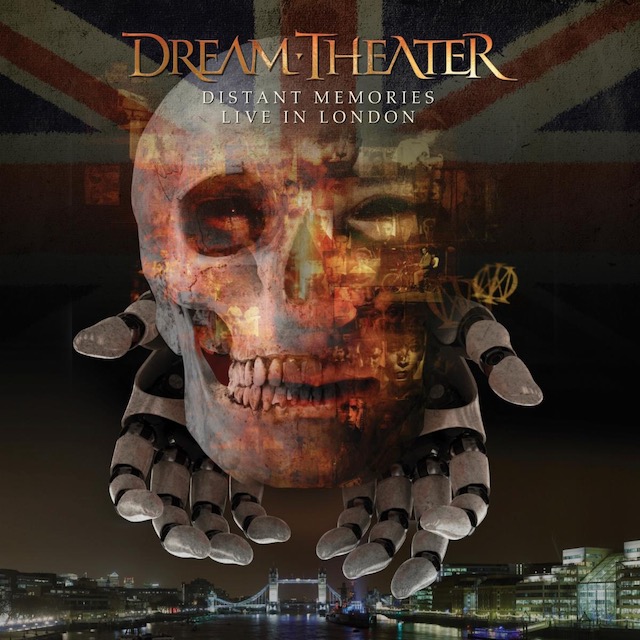