US thrash metal legends, EvilDead, will release their new studio album, United $tate$ Of Anarchy on October 30. The band has released second single and lyric video, for the song “Word Of God”. Watch the clip below.

The album was produced by Bill Metoyer and the cover artwork was illustrated by Edward J. Repka. 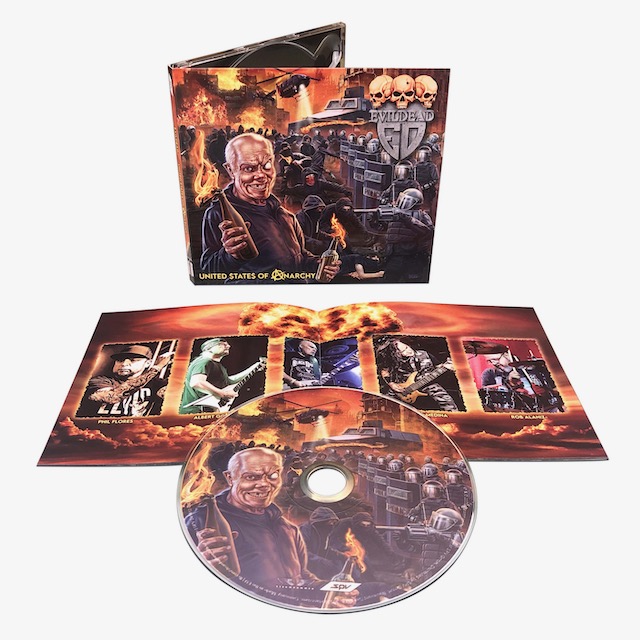 United $tate$ Of Anarchy will be released as a CD DigiPak, LP, exclusive bundle version with shirt (only at the Steamhammer shop) download and stream through SPV/Steamhammer. Pre-order here.