Six young musicians, barely out of high school, from three small Southern Illinois towns gathered at the well respected Golden Voice Recording Studios in mid-state Pekin, IL during early May 1971 to record one of the most revered and highly sought after blues based psychedelic rock LPs of all time, with a veteran engineer, Jerry Milam, who had previously worked with artists such as the legendary Chet Atkins.

Original copies of the resulting album have changed hands for up to $1,000, with a 2013 German reissue on 180 gram black vinyl fetching as much as $500. As a 50th anniversary tribute to the original LP’s release Spanish reissue specialists Guerssen Records have made ‘Farm’ available in four different versions: a yellow vinyl pressing, limited to 300 numbered copies, offered only via the US based Noble Records label and a brown w/white splattered vinyl edition of 328 numbered copies. as well as 180 gram black vinyl and CD offerings which Guerssen intends to keep in print as long as demand dictates. 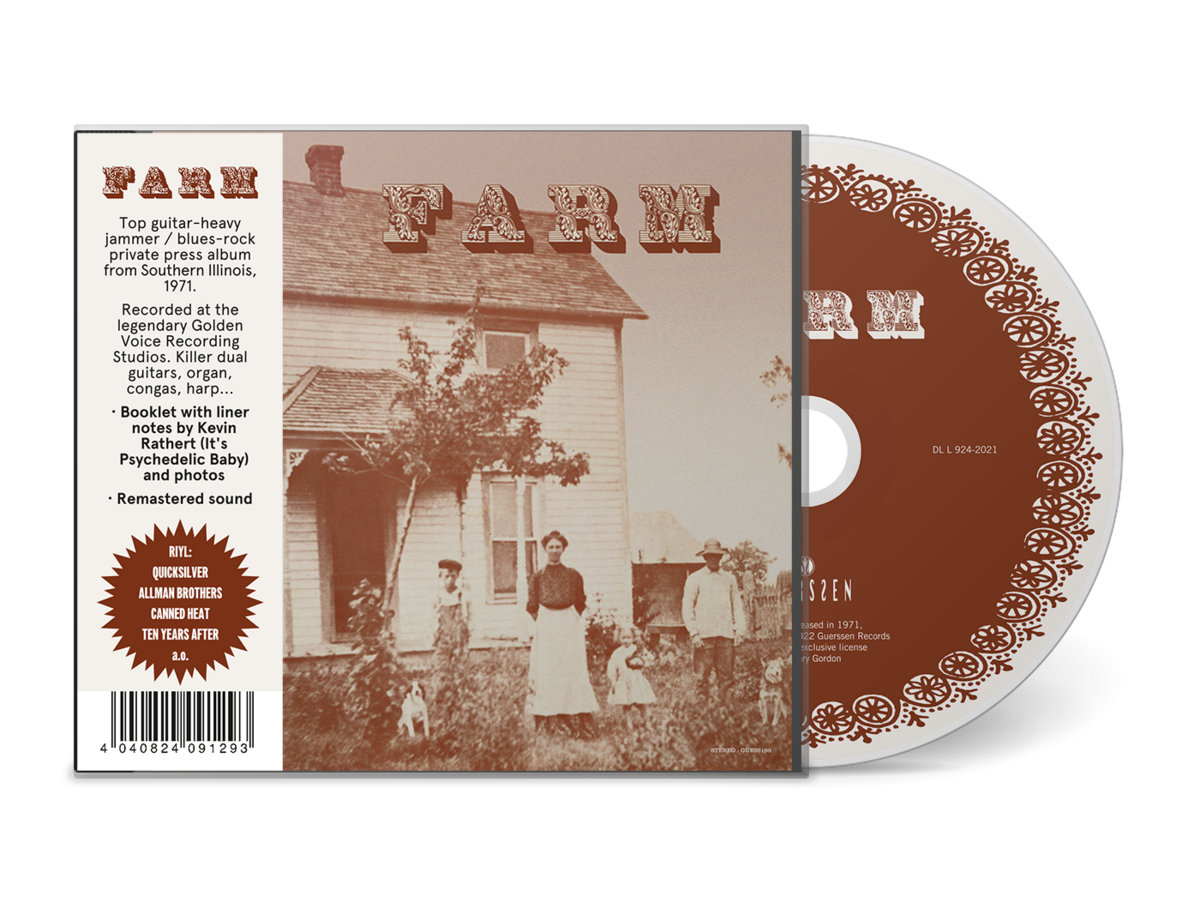