Despite a short trajectory, Moto Perpétuo left a precious legacy occupying a place in the sun in the context of Brazilian progressive rock. Guilherme Arantes, keyboardist, vocalist, and composer, became a popular artist in Brazil in the mid 70s. But in his early days, his attention was divided between music and architecture. His cousin, Solano Ribeiro, was a renowned producer who was inside the core of popular Brazilian music of the late 60s, a period known as the festival’s era. Guilherme took part in this movement and has participated in concerts of Jorge Mautner on important occasions, where he met drummer Diógenes Burani, his future bandmate. At that time, a full-time music career was still not right for Guilherme. A few months after studying architecture at the University of São Paulo, Guilherme got along with some musicians, where he met the guitarist Claudio Lucci, who also played cello. Both Lucci and Guilherme shared excitement for British and Italian progressive rock, as well as the appreciation of the work of the Clube da Esquina-acts (like Milton Nascimento, Lô Borges, Som Imaginário). Guilherme and Lucci began to work on some compositions and the idea of forming a band naturally arose. Guilherme Arantes invited his friend Diógenes Burani to be abroad and the trio developed a quick and strong musical synergy.

Diógenes invited Gerson Tatini, a very applied and technical musician and appreciator of progressive rock; Gerson, on the other hand, indicated the guitarist Egydio Conde – whose major influences include David Gilmour and Eric Clapton – to form the band. Moto Perpétuo was then formed having influences as Genesis, Yes, PFM, Milton Nascimento, Som Imaginário, Yes, Le Orme, among others. The rehearsal routine was intensive and took place very often in the Brás (a district known for the massive presence of Italian immigrants in São Paulo). The compositions of Guilherme Arantes and Claudio Lucci reached a new level with the contribution of the whole band between the end of 1973 and the beginning of 1974. The group got the attention of producer Moracy do Val, who at the time managed Secos & Molhados, a group that had been hugely successful in the previous year but were disbanded by fights between its members. Moracy really appreciated the Moto Perpétuo repertoire and booked a recording session in São Paulo and a contract with Continental label (an important local label). The great chance for the band has arrived. The group put their best efforts into the recording, led by the renowned Peninha Schmidt. However, Gerson Tatini complained about the availability of only 4 channels for recording; he claimed the need for at least 8 channels to record intricate songs as they played. Even so, the record is decent considering the Brazilian standard of that time.

The compositions of Arantes (most of those present on the record) and Lucci presents their enthusiasm; the musical refinement is contained in balanced instrumental parts and good vocal parts. The song captures slight movements of English/Italian prog rock with some catchy pop accent, able to capture both prog and pop audiences balancing intricated parts with conventional structures of pop music. ‘Conto Contigo’, ‘Mal o Sol’, ‘Três e Eu’ and ‘Turba’ are tracks of great musical richness, with Tatini’s imponent electric bass, Conde’s elegant guitar, Burani’s precise drums, Arantes and Lucci’s virtuosity on guitar/cello. 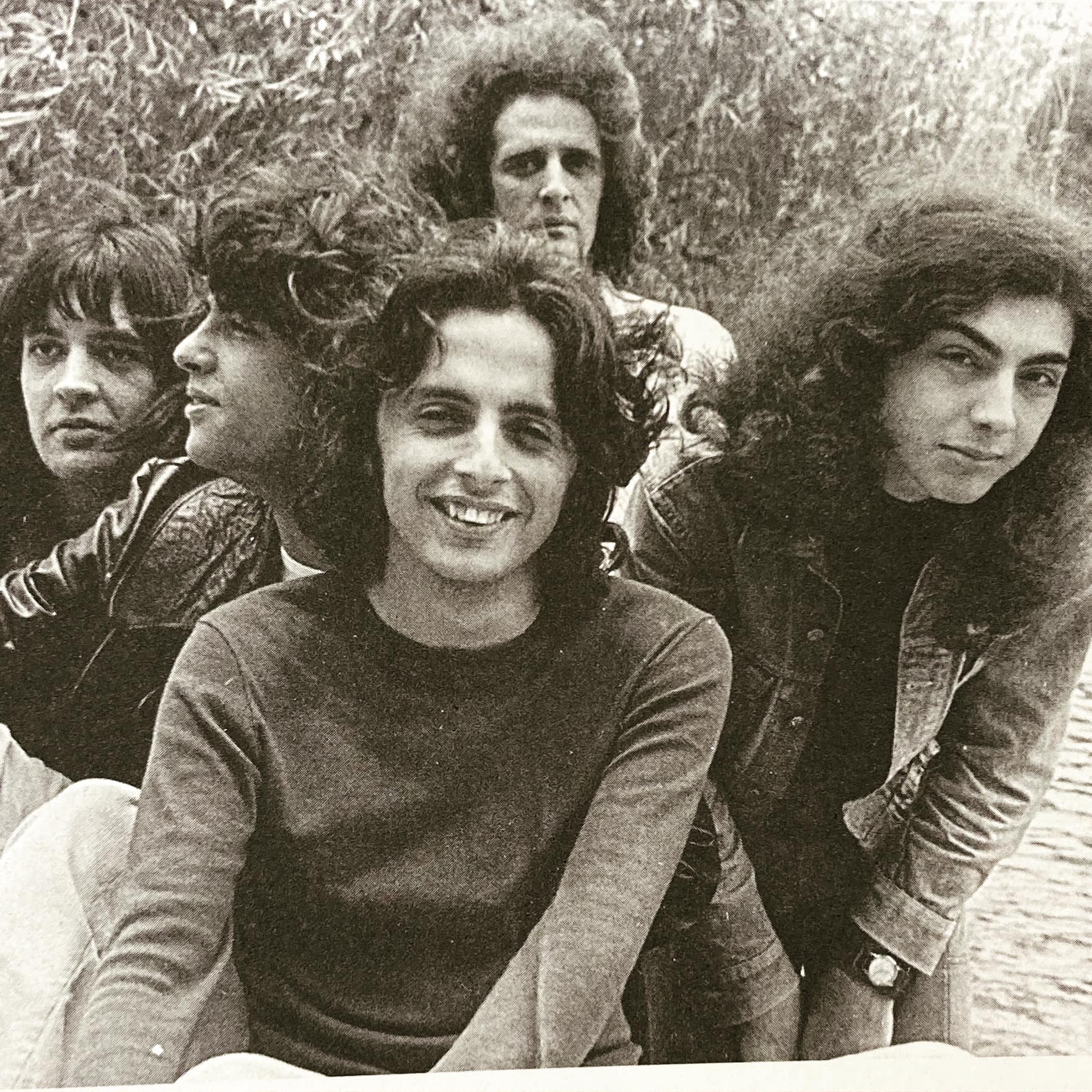 The group’s premiere took place at Teatro 13 de Maio in São Paulo, at the end of 1974. But Moracy could do little for Moto Perpétuo after that occasion due to the collapse of Secos & Molhados. Moto Perpétuo found itself without a manager shortly after the release of the record and its live debut. In January 1975, Moto Perpétuo participated in the legendary edition of the Águas Claras Festival 1975 (considered the Woodstock equivalent in Brazil). Despite the good performance, some sources affirm that the band was booed by the most radical rock audience, for having songs with quiet passages and ballads. The ambient of the band had deteriorated, including a certain clash of opinions between Arantes and the other musicians – Guilherme Arantes intended to promote the music of Moto Perpétuo to a wider audience (including popular TV shows) and turn the sound more accessible to the general public; Tatini, Conde and the others were looking at the path of virtuosity and technique perfectness. In this, the commercial difficulties added to the musical differences between members caused the premature end of the band. Guilherme Arantes, in the end, was right in his intuition – by embracing pop without reservation, he achieved great success as a solo artist in 1976. Egydio Conde received an invitation to join Som Nosso de Cada Dia in 1975; Gerson Tatini started to work behind the scenes in musical production. Arantes always remembers his time in Moto Perpétuo as a period of discoveries and great musical growth, treating his old bandmates with great reverence for the excellence of their music.

All photo materials are copyrighted by their respective copyright owners, and are subject to use for INFORMATIONAL PURPOSES ONLY!