[Click play above to stream Borracho’s Pound of Flesh in its entirety. Album is out Friday, Aug. 6 on Kozmik Artifactz.]

Though the band has been around longer, this year is a decade since the first Borracho full-length, Splitting Sky (review here), came out from D.C. to lobby listeners in favor of their particular take on heavy roll, marked out by a distinctive feel of riding their own grooves and doing so on a conveyance of dense-packed fuzz tone. Pound of Flesh follows a collaborative 2020 single with vocalist Jake Starr, formerly of Adam West — of which Borracho drummer Mario Trubiano was also a member — and is comprised of material and recordings dating back to late 2019, recorded and mixed as ever by Frank “The Punisher” Marchand (Foghound, Iron Man, Life Beyond, so many others) across three sessions then and across subsequent months (Tony Reed mastered). Trubiano, guitarist/vocalist Steve Fisher — who also adds keys on three of the nine tracks — and bassist/backing vocalist Tim Martin (who also painted the album’s cover) work within a style and elements that should be well familiar to their established audience base.

They’ve never been a band to radically shift approach from one outing to the next, but it’s also been half a decade since 2016’s Atacama (review here) — the band also celebrated their 10-year anniversary with the collection Riffography (review here) in 2017 — and a significant half-decade at that, and that time has wrought some shifts in their approach, whether it’s that flourish of keyboard/organ sounds introduced on opener “Holy Roller” and spread throughout “Caravan” and the 11-minute pre-outro finale “Burn it Down,” wherein Floyd-via-YOB contemplative guitar also pervades early with proggy melancholy as a precedent to the combination of aggression, breadth and thematic summary that follows, or the use of transitional samples like those between “Judgement Day” and “Dirty Money,” or those that conclude the album in “Foaming at the Mouth,” some spoken word in the second half of “Caravan,” or even just the blatant focus on social and political issues, which one imagines have been nigh on impossible to avoid in the US capitol throughout the years since Atacama, since they’ve certainly been impossible to avoid everywhere else.

Borracho tackle the subject with characteristic boldness and bruiser riffing across three vinyl sides — side D of the 2LP is an etching — as Fisher‘s vocals working with a well-established burl that’s been their hallmark since he took over those duties on 2013’s Oculus (review here). His easing into more of a frontman role is a big part of the narrative arc of the band’s career to-date, and the launch of Pound of Flesh in “Holy Roller” and the more melodically fluid “It Came From the Sky” (premiered here) is crucial in marking out the ground that the rest of what follows will cover; strong hooks, weighted groove, and the by-now-a-given chemistry in the performance of the trio as a whole that underscores the more complex structure presented in “Caravan.” It’s hard to think of a band who’ve spent the past 14 years actively working to foster a lack of pretense as being atmospheric, but Borracho are that on “Caravan,” and certainly too on the acoustic “Dreamer” that follows, serving as an interlude before “Judgement Day,” “Dirty Money” and “Year of the Swine” push further into the heart of the matter in their construction and lyrical schematic, which isn’t so much partisan as roundly disgusted.

Following the open keys, shouts, and fuzzy careening that marks the peak of “Caravan” and the stretch of Eastern-tinged noodling and percussion that follows to end the song, and the plucked acoustic strings of “Dreamer,” “Judgement Day” slams in to crack the hypnosis in half, with a riff and rhythm that is definitively Borrachoan, and a hook less immediate than “Holy Roller” or “It Came From the Sky,” but still a notable presence, and a surge of momentum that “Dirty Money” continues at a faster tempo, repeating the pattern of the opening duo but, instead of turning right away into the longer reach that showed itself on “Caravan,” the path twists and brings about “Year of the Swine,” which is willfully lumbering and gnashing in its frustration. 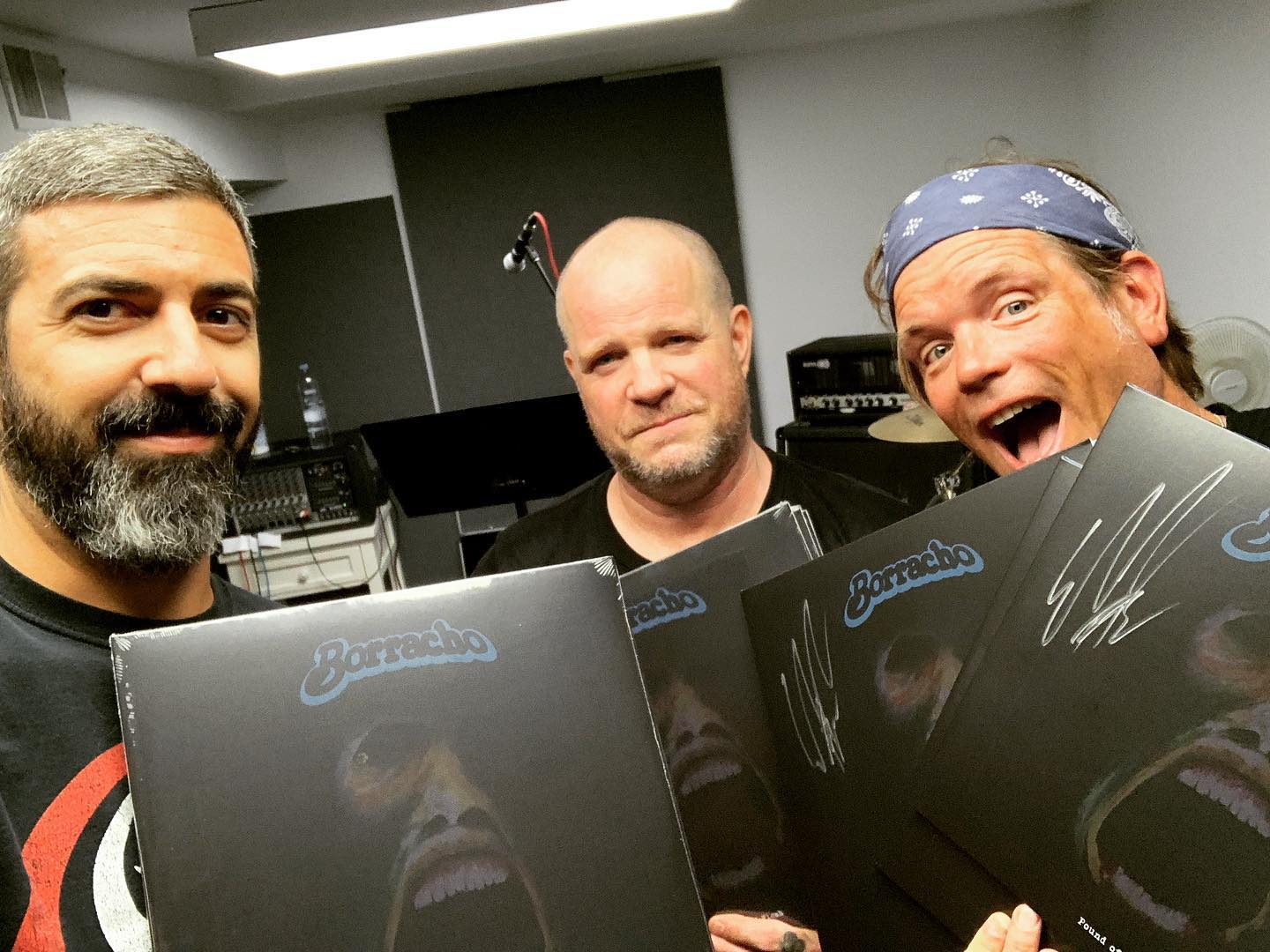 It is the peak the three-piece hit before they hit before that frustration boils into what emerges on “Burn it Down,” the tension in the beginning building over the first 3:44 of the song’s total 11:24 in order to set up the first verse, which only ups the stakes further en route to gang-style shouts of “rise up!” and “tear down!” offsetting the chorus lines “Rise up and fight” and “Burn it to the ground.”

Well, okay. One has to note, of course, that “Burn it Down” was written and recorded prior to this past Jan. 6, when an attempted putsch in Washington, D.C., tried in its way to overturn the results of the 2020 presidential election. I’ll add as well that I haven’t had the benefit of a lyric sheet, but it’s hard not to place “Burn it Down” in that context. And no, I don’t think Fisher is calling for insurrection — or at least not that particular insurrection. Lines like, “Time to settle debts/We’re taking a pound of flesh,” certainly have an aspect of threat, never mind that they serve as the inspiration for the title, but the message, again, never comes through in favor of one side over the other so much as disaffected with a corrupted entirety. And fair enough. Twice through the chorus again, and “Burn it Down” jams out a solo en route to its bookending more subdued guitar, crying baby and evil cackle samples starting “Foaming at the Mouth” in beginning a sample onslaught — “Here comes the money!” from the beginning of “Dirty Money” makes a return — and the feeling of being overwhelmed is palpable.

Conspiracy theories, chemtrails, that crying baby and of course a riff-led groove all come to a finish just after two minutes in, and Pound of Flesh concludes with a sampling of the apex speech of Charlie Chaplin’s 1940 anti-fascist “talkie” film The Great Dictator, wrapping with the repositioned line that begins that famous monologue: “I’m sorry, but I don’t want to be an emperor. That’s not my business.” The message is clear and relevant and gives depth and context not only to the purposefully overwhelming barrage meant to represent the overwhelming barrage of noise one faces in any given day, but also to “Burn it Down,” to “Judgement Day,” “It Came From the Sky” and the rest of what surrounds. Borracho could hardly have picked a more suitable or relevant capstone for the album they made.

And what impresses about Pound of Flesh on the whole isn’t just that Fisher, Martin and Trubiano made it, but that they pulled it off while still holding to that central sans-pretense ethic. Remember, this is the band whose slogan has only ever been ‘Repetitive Heavy Grooves,’ and yet they dig deeper here to offer much more than that on every level, from shifts in structure and tempo to new arrangement elements. In the span of the last decade, all Borracho have ever done is exceed expectation. It is the manner in which they are most reliable, and on Pound of Flesh, they deliver once more.