Contrasting with their previous single, the uptempo Strangers with its sunny seaside video, Emptiness is comparatively brooding, matched by its stark and stylised video. The video for Emptiness was filmed in the historic Botica Solera, a building in the old side of Costa Rica’s capital of San José. Bostica Solero was chosen in part for its symmetrical architecture, in a nod to Stanley Kubrick’s The Shining. A small ballerina girl seen in the video was initially supposed to have played twins, but the second child was sick on the day of shooting. Black Halos Janice Black and Eva Red stepped into the sinister roles instead.

Another figure depicted in the video represents Death, against whom a man plays a game of chess that is simply impossible to win. Although “Emptiness” and its video were both conceived earlier, Ariel Maniki’s family recently mourned the passing of his grandpa, bringing the subject of mortality closer to home. He directed the video for the track.

“In a way the video is about the imminence of death,” he says. “In my head it goes well together with this song to convey something, but I can’t explain it easily. I guess it’s up to the viewer or listener to make sense of it.”

“The idea was to create that sensation of uncomfortable perfect symmetry for some of the shots,” Maniki says. “To me that is somehow scary.”

Emptiness required a significant effort to meet criteria for permission to film, including Maniki meeting with government officials. Camerawork for the video was done by Kim Villalobos, Daniela Sanchez, Juan Fernando Chaves, and Ariel Maniki.

The efforts were fruitful. The resulting film is enigmatic, engaging, and eerie, with haunting cinematography and thoughtful nods to other mortality-themed films like Ingmar Bergman’s The Seventh Seal, and the child in Karloff’s Frankenstein thoughtfully counting flower petals. The track itself lends well to the visuals, a delicious sonic cocktail embodying gothic influences like Clan of Xymox, The Mission, Bella Morte, Caifanes, Disjecta Membra, Rosetta Stone, The Sisters of Mercy. The swooping synth hooks and barking vocals are beautifully supported by a driving bassline.

The Emptiness video/single launches presales for Black Light, which is out on 23 August 2021 on CD from Brazilian label Deepland Records, and on their Bandcamp. The new album is the band’s most substantial collection to date, comprising a tracklist of fifteen songs ranging from four-minute, catchy goth dancefloor tracks, through to sombre, labyrinthine epics. Black Light dwells in perpetual conflict with itself, and with self-definition.

“The lyrics explore the many different internal and emotional parts of oneself,” says Maniki, “especially the darkest ones, which we are expected to bury and suppress.” As such, a recurrent theme of ‘Black Light’ is “embracing the flawed and corrupted beauty of humanity.”

Another highlight of the new album is a shift away from the autocratic process of previous releases, with greater input and participation from all members in the arrangements and recording process. The core trio of Ariel, Janice, and Eva are also joined by regular contributor Caro Campos, Nino Sable of Aeon Sable, and Ashes Fallen frontman James Perry (US) even breaks out his saxophone.

An excellent offering Ariel Maniki and the Black Halos. 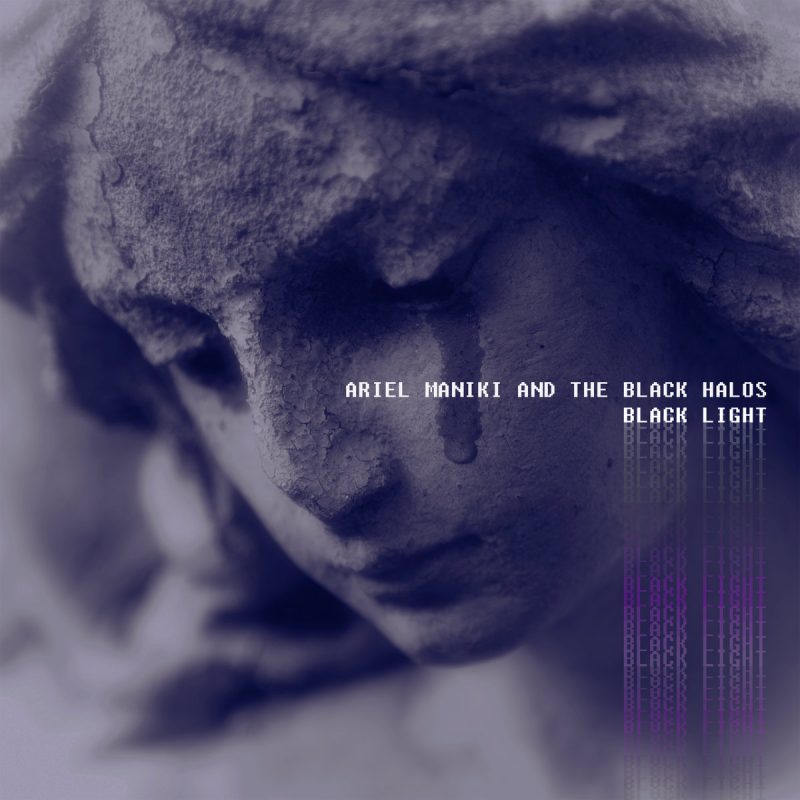