TOP ALBUM:
LOW: Hey What
I already say this at the beginning: Low is one of the best bands of all time. Not only for the music, profound, beautiful, that they are able to give, but also and above all for the extraordinary longevity of their proposal: for 30 years their melodies have resounded in the ether, always similar, but which with a very mysterious way to never tire, as if it were a music now necessary for the mental balance of each of us and they manage to play current 30 years ago as now. They found their dimension years ago, and have since changed it in form, but not in substance, managing to look different but familiar at the same time.Hey What is the end of a noise trilogy, if we can call it that, partnership with producer Bj Burton, which began with Ones and Sixes, continued with the wonderful Double Negative and completed with this last piece. As in the previous one, there is no song form, if not in flashes here and there, but there are melodies, poignant, magnificent (as they usually in the last song, there is no trace), taken to the extreme consequences in the mixing and mastering phase (as said by the interested parties themselves), as if to seek beauty in the abstraction of noise, but more elaborate and deconstructed than the previous one album. And mysteriously, the result is a further masterpiece of “pop” music for the future (which will or will not be, we do not know this). Hey what is a continuous flow where it is useless to quote a song rather than a other, a sonic magma, so deep as to become essential, so minimal as to be perfectly complete, without drops, without minor pieces, a marvel of our time. Album of the year as far as I’m concerned.
LUCIO LEONARDI 90/100
TOP TRACK: Hey

MONO: Pilgrimage of the Soul 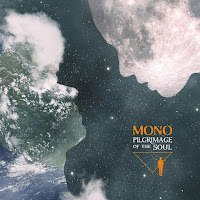 The pilgrimage of the soul. The title of Mono’s new album embodies the essence of not just an album, but an entire career. A twenty-two year long pilgrimage. In fact, it was 1999 when the Japanese saga began and since then we have never finished walking this long path that unites the mind to the heart. Pointing to the divine and the stars, oblivion and the abyss, light and darkness in equal measure. Steve Albini behind the console accompanies the Mono, lulling them into their fairy tale world laced with silences and kaleidoscopic colors that open the doors to multidimensional universes and parallel realities that come together and move away as well as the path of our lives. The last Dawn for the writer remains their unattainable masterpiece for emotional intensity, but also the new album pushes us in depth. In the dark corners of a tormented soul. Often we encounter warm, delicate and dreamy atmospheres. In Hold Infinity In the Palm of your Hand it almost seems to have come close to the arrival of an inner peace as longed for as it is unexpected. The melancholy that leaves room for the peace of the concluding And Eternity in an Hour. Few excited moments like in the single Riptide. The Mono for Pilgrimage of the Soul are all about cathartic tears and dreams suspended in time.
EMILIANO SAMMARCO
85/100
TOP TRACK: Riptide 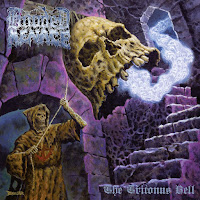 Having reached their seventh full-length, one might expect that the new course of Hooded Menace is a meatloaf of old glories and already abundantly exploited formulas; and instead, what we are facing is a very solid, well written and, above all, very inspired work. This time the Finnish quartet has decided to dip their granite death / doom into the 80s Heavy Metal classicons (King Diamond, Merciful Fate). The result is a hilarious record full of groove and extremely catchy: we are faced with the “fastest” work of the band, which still manages to keep rooted in its cavernous death metal and steeped in melancholy melodies (but never cloying, which is very welcome). Production is flawless as usual. The vocals fit together perfectly and needless to say, the riffs are something incredible. Simply put, “The Tritonus Bell” is a real bomb. Highly recommended.
GIANMARCO ZAMPETTI 85/100
TOP TRACK: Those Who Absorb the Night

THE GLUTS – The Gluts 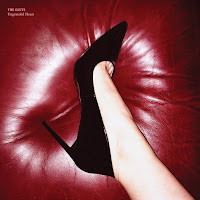 It is a Saturday morning like many others. It is 6 o’clock and the light gives me a good morning from the window. It is a cool, pleasant morning. Ready to run in the park near your home. Ear muffs. I look at the cover. Ah though, for a foot and ankle lover like me it’s not a bad start, even if it looks like the cover of a hair metal band. I push play and boom. Mashilla hits me with his overwhelming arrogance. It seems to hear the Gallows repossessed by Lecherous Gaze. A shocking and irresistible start. Love me do Again is more composed with a decidedly street punk twist. Breath instead starts sludge and then opens at more sustained speeds and closes in on itself becoming a song a la Satan’s Satyrs. Leyla Lazy Girl From the Moon completely changes direction, taking the listener to the 90s and the shoegaze. Yes, yes, you got it right. An excellent song, unsettling that catapults us back into the rough sound of ours. Something Sunreal, Bowl of Satan, up to almost eight minutes of the beautiful Eat Acid See God that seems to come out of the umpteenth Jam. This time between Kylesa, My Bloody Valentine and Ty Segall made of acids. There is everything in the Gluts sound. Sludge, punk, hardcore, noise, psychedelia, blues, post grunge and shoegaze legacies. Upper band.
EMILIANO SAMMARCO 84/100
TOP TRACK: Eat Acid See God 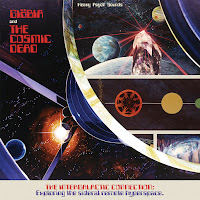 Starting from 2020 Heavy Psych Sounds Records has started to offer the “Doom Sessions”, split albums / eps featuring several artists from its roster. With this release, however, you are not on earth, crushed by monolithic riff doom, but you are catapulted into the depths of space. In fact, this split sees the presence of two realities dedicated to a psychedelic space rock capable of passing from its dreamy and ethereal side to the more energetic and direct one. The first three tracks are entrusted to Giöbia, an Italian reality that with its Plasmatic Idol (2020) must have intercepted the frequencies launched into the ether by the Scots The Cosmic Dead returning from their excellent Scottish Space Race (2019). Giöbia range from psychedelic rock that winks at the ’60s of the opener “Canyon Moon” to the ambient psychedelia of the concluding “Meshes of the Afternoon”, passing through the beautiful and evocative “Julia Dream”. Giöbia’s triptych of songs accompanies the listener in a decrease of tension until it is suspended in the unexplored space. We then proceed to the final track of the split, the imposing “Crater Creator” by The Cosmic Dead, almost 20 minutes of psychedelia and space rock that accompany the listener from the calm of the most remote and sidereal regions of space where he was left by the Giöbia, gradually pushing the accelerator in a crescendo of psychedelic tension, daughter of sacred monsters such as Color Haze and Yawning Man. The total length of the album, less than 40 minutes, allows you to keep the attention threshold high throughout the listening, not being never banal and accompanying the listener on his solitary journey among the stars.
CESARE CASTELLI 80/100
TOP TRACK: Crater Creator (The Cosmic Dead)

SHY, LOW: Where The Light Bends 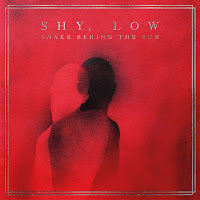 Shy, Low come from Richmond, Virginia and come out on Pelagic Records, a label that in the post rock / metal field doesn’t seem to miss a beat. Now in their fourth album, the band, with this Where the Light Bends finds the right combination between the souls that strike it. Light and dark that alternate in a swing of emotional ups and downs that are positioned in the openings that the sounds open as they pass. Songs like the menacing Umbria and Fulgurations or the wonderful and more melancholic Helioentrophy and The Beacon are the perfect example of what Shy, Low have become. If you love bands like Russian Circle, PG Lost, also recently released for Pelagic, Mono, Pelican, Caspian and company behind, you will have bread for your teeth. Unforgivable to let them slip away …
EMILIANO SAMMARCO 80/100
TOP TRACK: The Beacon 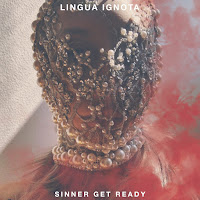 With Caligula, Lingua Ignota, aka Kristin Hayter, she had printed her personal vision of pain, deep, lacerating, unbearable, through an amalgam of piano lullabies dropped into lava flows of noise, doom, industrial, dark ambient. The result was an album that was heavy, deep, destructive (in the psychological sense of the term), at times disturbing, at times unsustainable yet always beautiful and exciting.With this fourth album, Kristin continues with the themes of violence against women, anger and on revenge, but with a different musical approach compared to the aforementioned third album, going back to his first two works. So less noisy and disturbing digressions but more liturgical songwriting, deep, lyrically exciting, less heavy and more open to being enjoyed and understood, less closed in on itself. The result is a wonderful new album, full of distinctive instruments, pianos, unusual but well-balanced vocal overlays, bringing it closer to a Nick Cave than to The Body. well every emotion and feeling described by the lyrics, a less difficult album and therefore one of his most beautiful.
LUCIO LEONARDI 80/100
TOP TRACK: Pennsylvania furnace 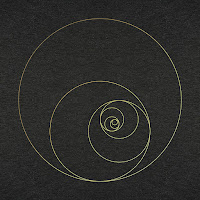 I love The Ocean and certainly for the writer, Phanerozoic II: Mesozoic / Cenozoic is one of the highest points achieved by the band in its nearly twenty-year career. The Germans decide, one year after the last effort in the studio, to publish a live of almost two hours in which they retrace the entire first and second part of Phanerozoic. Fifteen pieces obviously beautifully executed. A real live, without too many tweaks and frills. Obviously performed at very high levels and accompanied by the usual monumental packaging of Pelagic Records which offers us mind-boggling limited editions. If you don’t know the band then I advise you to fix it immediately by recovering all their discography in bulk. Maybe starting from that Fogdiver who started the dances in 2003.
EMILIANO SAMMARCO 80/100
TOP TRACK: Holoscene 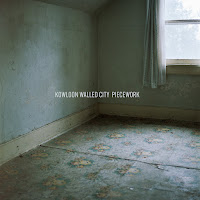 Back after six years for the Americans Kowloon Walled City, more precisely from Oakland. The band, stifled the fastest bumps of their songwriting, presents themselves with this Piecework in excellent shape. The atmospheres are leaden, slow, violent, with a post rock / metal heritage. Since the title track placed at the beginning, the intent of our team is clear. Creating alienating and isolationist pieces. Guitarist / vocalist Scott Evans’ monochord singing makes this shapeless sound matter even more dangerous. Without even the need to use guttural voices. Whispers. Arpeggios and silences alternate with explosive explosions, an irrefutable sign that ours, published by Neurot Recordings, are really serious.
EMILIANO SAMMARCO 75/100
TOP TRACK: Piecework 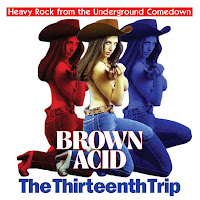 The Riding Easy does not seem to want to stop and offers us the thirteenth trip of its lucky compilation, which has now become a fixed appointment for lovers of certain sounds. A very meticulous job, that of the label, in finding bands and artists buried in time and oblivion. Heavy rock from the underground comedown, as they like to call it from the prolific Riding. Ten heterogeneous songs that transport us to a parallel world, like in Run Run by Max or Dark Street by Ralph Williams, rather than Feelin Dead by Master Danse or Detroit by Good Humore. Beautiful pieces that hide inside some small pearls (like John Kitko’s Indecision) to be jealously guarded. The hope is that this appointment will last a long time. Well done.