“Dreaming about what almost–what could be”

Ever want to immerse yourself in a dissonant wasteland of sound; one as if NIN, Ministry, and a gang of whispering ghosts began to come through the din of a staticky old radio? You’re in luck:  The Pop Ritual has unleashed an intriguing new offering in the bleak single and video, “Acid Rainbows”. The track comes off their album 7300 Earth Spins.

“The track is a love song to a nuclear bomb—a desperate cry for the mercy only complete destruction can bring to a world where toxic clouds shroud everything under the sun, and acid rainbows glimmer through the sky,” says songwriter/vocalist Colin Wilson.

Regarding the self-directed video, guitarist Scott Nivens says, “The intent was to create a kaleidoscopic display of cosmic evolution—a psychedelic trip in the midst of an iridescent void.”

Watch the video below:

Forming in Memphis, Tennessee in the late summer of 2014, The Pop Ritual (Colin Wilson, Scott Nivens, and Michelle Karl) kicked things off with a demo and hit the live circuit in tandem with writing 2017’s Perinde ac Cadaver—a 50-minute self-released endeavor to harness industrial aggression and ambient dynamics.

The trio collaborated with Thisco Records to release It Sheds Again, a dive into the evolution amid solipsistic self-destruction of both the Self and the Collective. The Pop Ritual spent the pandemic creating new material as well as re-interpretations of their previous works.

The band is currently on tour; you can catch them at these venues in June: 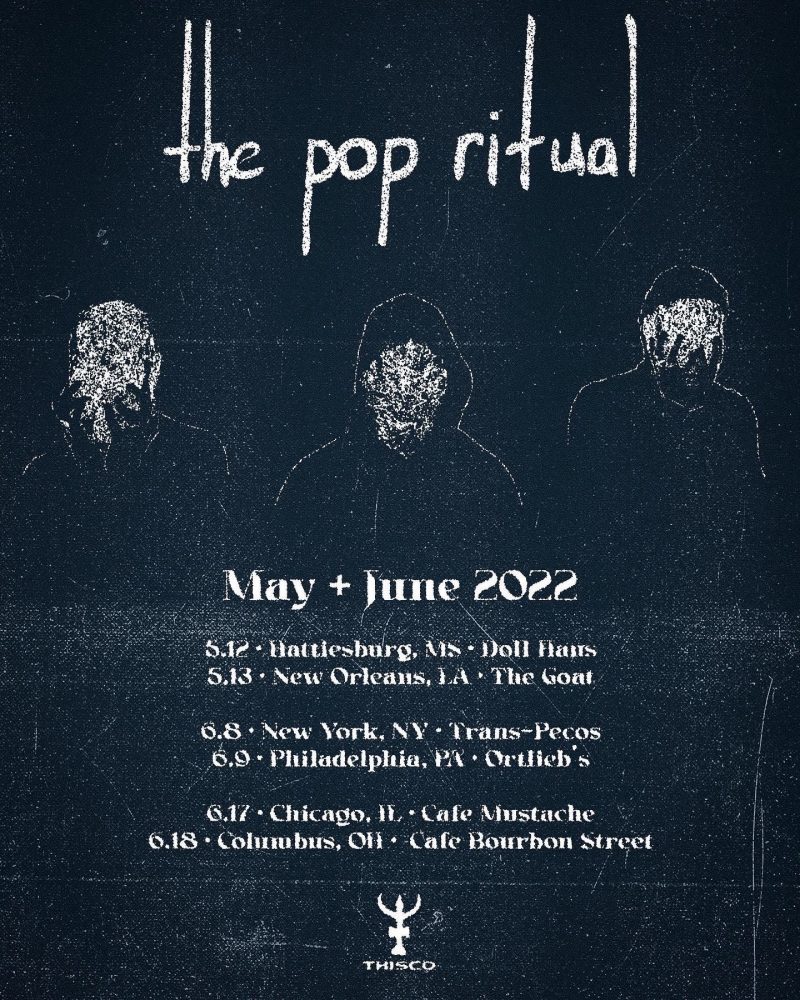