Italy’s Frozen Crown have launched a new YouTube channel along with the following update:

“On this channel we’ll upload playthroughs (of both old and new songs), behind the scenes, our songwriting and recording process, and we’ll share our experience in the form of hints and tips to help new bands move through the social network era. In the future videos we’ll involve the whole Frozen Crown crew, including our producer Andrea Fusini, our videomaker Luca Morselli, and the Be The Wolf and the Volturian guys (Marco Verdone, Paul Canetti, Federica Lanna and Max “Berrofronzo” Rossi) as well as some special guests TBA.

In this video, Jade and Federico talk about the past three years of Frozen Crown, from the very beginning till the tour as special guests for Dragonforce, and introduce the new band members Fabiola “Sheena” Bellomo (guitar), Francesco “Ikki” Zof (bass) and Niso Tomasini (drums), as well as the new album Winterbane, out April 23 worldwide (pre-order it here).”

Frozen Crown, who recently underwent a major personnel shuffle, have released their first single featuring the band’s new line-up. Check out the official video for “Far Beyond” below.

The song will appear on Frozen Crown’s forthcoming album, Winterbane. 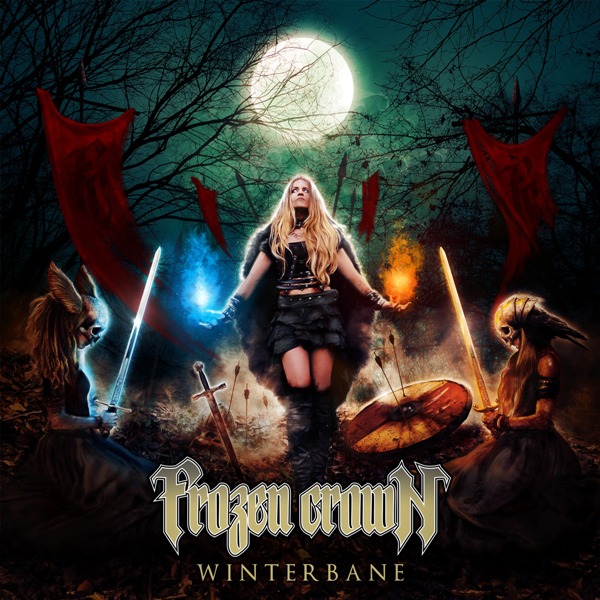 Winterbane will be released on April 23 on Scarlet Records and Marquee/Avalon (Japan).