“The fire is that which brings us all together. And after this dreadful pandemic this tour will be like no other. One great mosh pit!” – Jaz Coleman

“The fire in our hearts that has sustained and protected us for over 40 years, never goes out. It is our privilege to Honour The Fire and celebrate the white heat purification by sound. Join with us in a fearless leap through the sacred flames, into the unknown… let’s create the future we all desire, by sonically destroying the one we don’t.” – Youth

Killing Joke’s 10-date tour will start at the Tramshed in Cardiff on Monday, March 28, before concluding in London at Eventim Apollo Hammersmith on Saturday, April 9.

Tickets available from myticket.co.uk on Friday, June 25 at 10 AM. 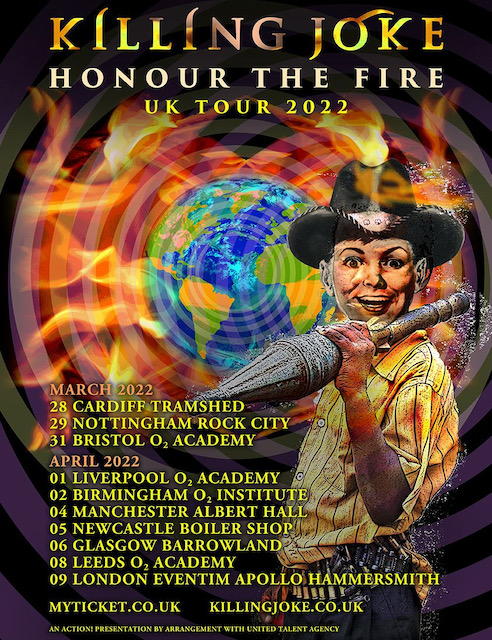