Named after the Soviet science and technology magazine, the album evokes the Space Race, moon shots, scientific achievements, and unlikely Cold War collaborations between the USA and USSR; oscillating between hope and limitless possibility. Likewise, Fitzpatrick himself weaves his music on an array of analogue synths assembled in his home studio, focusing on the period before digital synthesis with lyrics informed by those long-ago space exploration endeavours.

This album became a pure labour of love for Fitzpatrick. Retro-futuristic yet undeniably human, Technology For The Youth celebrates the brave ambitions of forward-thinking scientists and politicians, and the remembered hopes, dreams and fascinations of a young Dublin boy.

“I was the kid who built the Airfix model of Saturn V. I was the kid with a pop-up book about Skylab. I wanted to be an astronaut when I grew up, and I had no fear whatsoever about going into space. At that time, everything seemed to be so futuristic, and for a lot of my childhood I genuinely imagined that I’d be like Martin Landau’s character John Koenig in ‘Space 1999’.”

Fitzpatrick began working on Technology For The Youth in 2018-19 against a backdrop of extreme political upheaval. As the 50th anniversary of the moon landing loomed, a rightward shift in politics shattered the belief in the science that had dominated Fitzpatrick’s boyhood thoughts. An internet rabbit hole revealed the less well-known aspects of the space race; he says: “The many successes that Russia had that didn’t quite break through the Cold War’s reinforced media blockade; the story of Ed Dwight, intended to be the first African-American in space but who never got to leave Earth; the litany of conspiracy theories involving lost Cosmonauts whose fate was covered up by the Russian government.”

These stories provided the lyrical themes for the stirring pop tracks on the album. The end result channels the futuristic storytelling sensibilities of OMD, Thomas Dolby, Heaven 17 and Gary Numan; the sound itself draws from the cinematic stylings of Vangelis, Jean Michel Jarre, John Foxx, and Kraftwerk. Fitzpatrick explains the backstory of these tracks:

“Dwight’s ordeal became the basis for ‘Spacewalking’ and its rumination on the inexplicability of racism, set to an 808 pattern that evokes the idea of gingerly walking out into space; the abandoned Cosmonaut crews drifting endlessly into deep space became the eerie ‘Transmissions’. ‘Blinded By The Sun’ deals with the Trump-era denial of science; ‘In The End (We Become Closer)’ offers hope by using news reports of the 1975 joint US-Russian Apollo-Soyuz mission to remind us of how we lost our way in space; ‘Overview Effect’ is named after the psychological effect that astronauts experience when observing the Earth from far above its atmosphere. It seems to me that if everybody experienced that, they’d probably start listening to Extinction Rebellion a little more.”

“After observing our planet from space, astronauts feel obliged and responsible for the care of this tiny fragile ball of life shielded only by a paper-thin atmosphere. The cool rich kids are going to space. It’s all the rage. Maybe we should protect what’s left of this planet before playing space tourists? The universe isn’t going anywhere. The earth certainly is. Our house is on fire. Won’t someone please tell the cool rich kids?”

A thoughtful and emotional offering from Circuit3, bringing the humanity back into the remnants of technological advancement. May we learn from our mistakes and find our path again.

Listen to Technology For The Youth below:

Technology For The Youth is also available on Spotify, Apple Music, and Bandcamp. The album is also available on vinyl (with five different colour options).
Released via Manchester’s AnalogueTrash label, this album was mastered by Richard Dowling (Motorhead, David Bowie, New Order, Sparks). 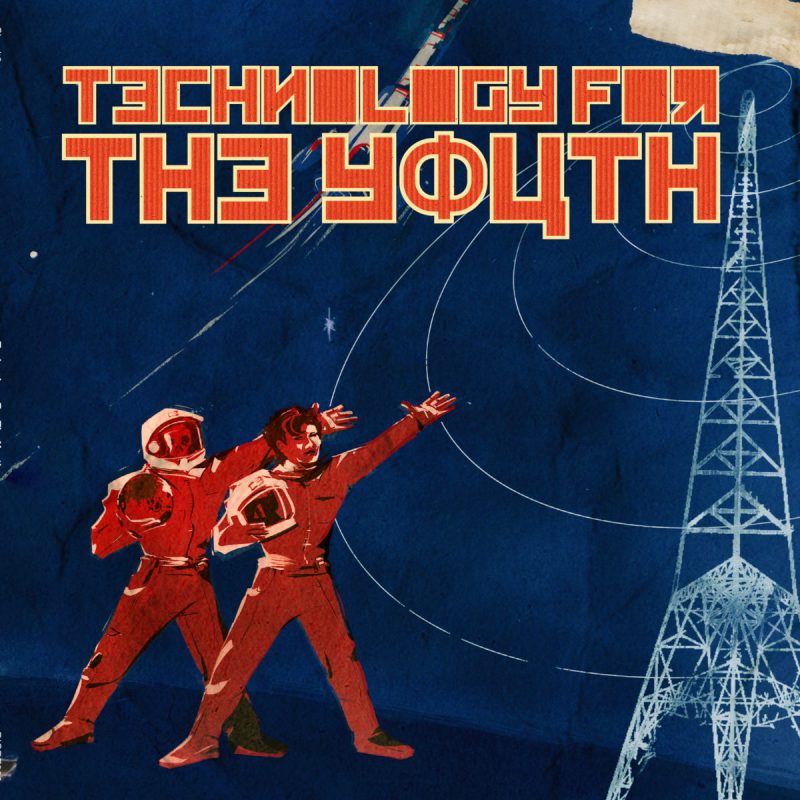 Trial (Swe) Releases Video for “In the Highest”!

Mercyful Fate Gearing Up for First North American Performance Since 2011