Former Theatre of Tragedy vocalist Liv Kristine – now fronting Coldbound – released the digital version of her Have Courage Dear Heart EP on April 16th. The official video for the track “Gravity”, co-durected by Coldbound bandmate Pauli Souka, is available below to coincide with the release.

The physical versions of the Have Courage Dear Heart will be issued on May 7th. The limited edition coloured vinyl versions have been unveiled and are now available for pre-order here. 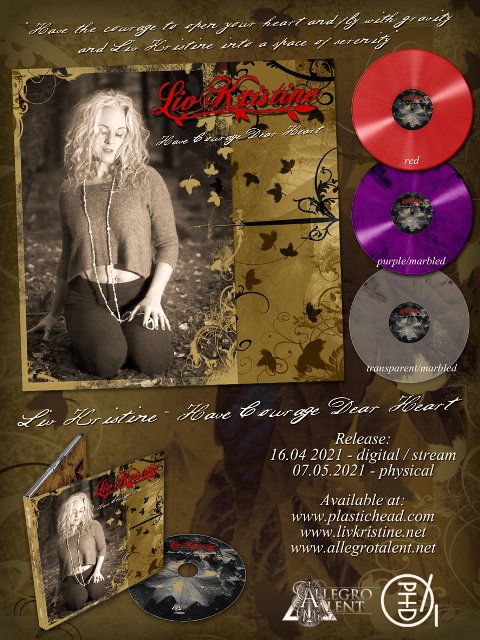 Liv Kristine: “In my new compilation EP, I bring together nine tracks, thereof four new compositions and five of my favourite live songs. The title track ‘Have Courage Dear Heart’ originally existed as a mandolin tune, which my composer Tommy had sent me ‘just for fun’ early summer 2019. After I had recorded my vocals the song just started growing and shining. We really wanted to keep this underlying Morricone vibe and somehow the perfect sound just manifested like in an imaginary widescreen Western movie setting. The track ‘Skylight’, which was released as a strongly limited single in December 2019, got its own cathedral version. Moreover, we thought it was time to wipe off the dust from an old, brilliant demo ‘Serenity’, which expresses this cool ‘kick-ass-Saturday-morning’ drive vibe. All compositions deal with deeply personal issues such as the beauty of nature, the universe and its laws, twin-soul connection, self-love, narcissism, healing and finding a voice.

The live tracks were chosen arbitrarily. It is the first time I am releasing live recordings. They were played at my eighth annual special show in Nagold (Germany) in 2019. ‘Siren’ (Theatre of Tragedy, Aégis, 1998) seems to be one of my audience’s long-time favourites, as well as ‘Panic’, unmasking the abuser, the traditional ‘Ave Maria’ (special request from my audience) and my new compositions ‘Skylight’ and ‘Gravity’.

Tommy, Andy and Eroc did a brilliant job in their studios, as well as my band, the audience and Chris behind the mixing desk at Alte Seminarturnhalle Nagold (Germany) on December 20th, 2019.

Thank you, Michael, Allegro Talent Media for encouraging me to release this EP ‘on our own.’ I know that my fans have become accustomed to waiting patiently between my albums. This is, after all, half-way to the album. I needed to devote myself to family life, finding my own voice, trust, freedom, seeing the whole, the balancing powers and the given abundance of the universe. I had to learn to open up my heart and release fears. I did, and I found unconditional love. The cover artwork conveys that frequency of having found my passionate authentic voice, that divine truth and source in my heart.” 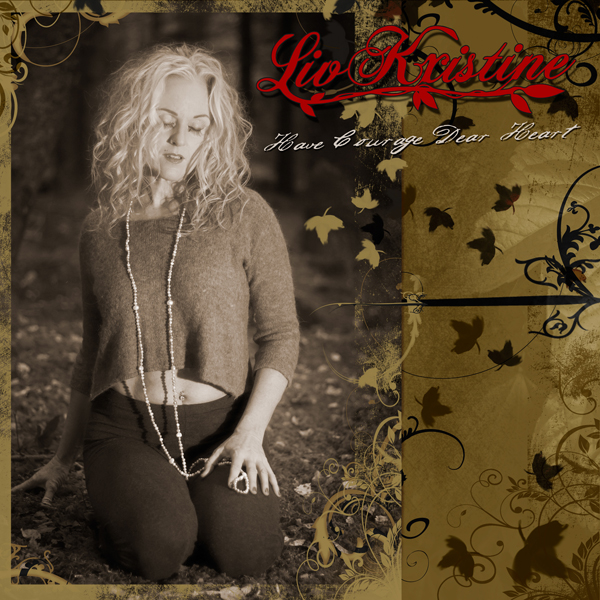