The collaborators, who so memorably covered Portishead earlier this year, announce the release of another pair of tributes. This time they tackle two tracks from The Cure’s masterpiece Pornography, celebrating its fortieth anniversary today. The release comes from Disorder Recordings.

“This drop has been over a year in the making and I’m beyond honored to do it for the 40th,” says Rave. “Jeff brought it up to me when I was working on some songs with Matt McFarland of Rifflord for a different project. Matt and I ended up finishing it for Lotus Thrones then it was just a matter of the perfect time. The Cure was one of the many non-metal bands that Jeff and I bonded over in Wolvhammer, and I think really helped us to be creative and vulnerable together as songwriters. Pornography is just a stand-out in their incredible catalogue…and probably their most aggressive work in my opinion. “

The first offering is “Cold”, an eerie stomper of a cover with ghostly reverb and chilling synths. Where the original sounded more like wailings in a haunted cathedral on a shroom trip, Deeper Graves’ take sounds like a disturbed half memory of a nightmare. That is, to say…quite fitting.

Wilson had wanted to cover the classic for quite some time.

“…Fortunately, it finally came together once I shed all of the other proverbial cooks for this project… and what better time to bring it into fruition than for the 40th anniversary of Pornography?” he says.

The Lotus Thrones cover of “One Hundred Years” remains faithful to the original instrumentally; the plaintive, inimitable howl of Robert Smith is replaced with a lower, more menacing growl. It’s darker, sultry, and sinister.

Listen to both covers below:

This collection follows up on his 2020 debut album, Open Roads, with his sophomore LP, The Colossal Sleep.

Stay tuned for more from Lotus Thrones and Deeper Graves. In the meantime, read our interview with Heath Rave here. 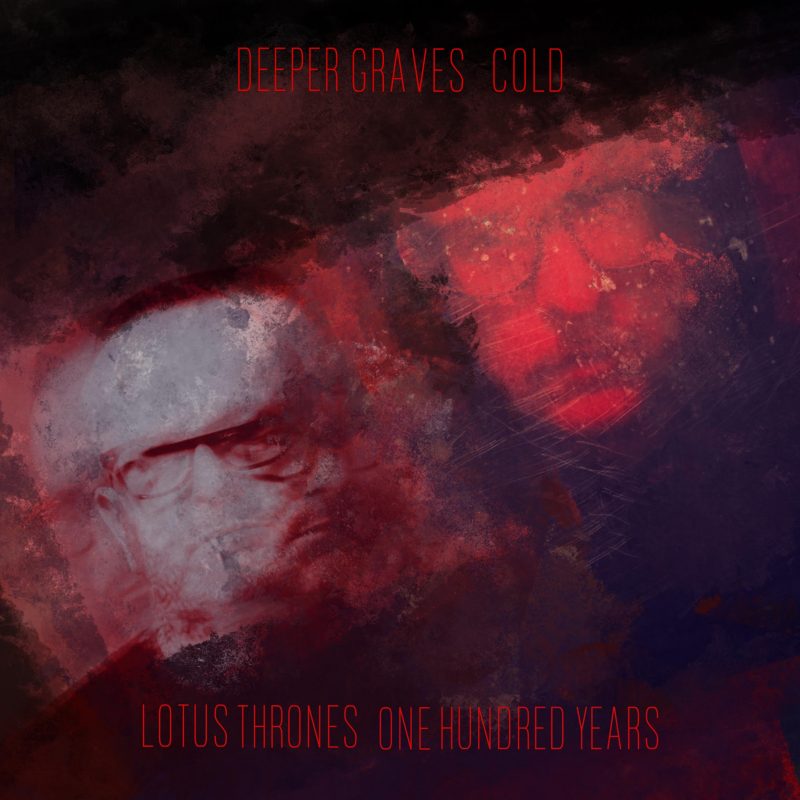