The first time I saw Oakland’s VIOATOR, I had no idea what to expect—I had never heard the project before, but the act was in a lineup of other bands I admired, so my hopes were up. (This was before the pandemic, of course.) My optimism was justified: I was treated to a one-man project of very raw, old school industrial music at that performance—not the harsh or experimental type of “raw” old school industrial that consisted of banging on gas cans and sheet metal, but an almost drum-machine-and-vocals-only type of stark minimalism that was carefully wrapped in dark synth lines, all of it woven around frontman Tyler King‘s fragile vocals. The lyrics seemed to be about fragility, survival, and personal renewal, and the feeling from the performance was one of someone exorcising their personal demons against a strictly minimalist, skeletal, synth-industrial backdrop. VIOATOR was very captivating and enjoyable, and the performance haunted me long after it was over. I’m glad to announce the project has an upcoming album, Solitude, on Young and Cold Records.

As the pandemic begins to abate in the United States, VIOATOR have started to play out again, this time buttressed with the announcement of the aforementioned full-length recording coming out later in the Summer on Young and Cold Records. The act has released the track “Your Victim,” below, as a teaser—and what a difference a year (or more) makes! VIOATOR is now a fully-fleshed dark synthy-industrial juggernaut.

“Following my first tour that I had done,” Tyler remarks, “I found myself having learned to play bass while filling in on the instrument for another band, so I now found myself knowing how to play a new instrument. I had an entire tour booked for March of last year and a couple of new songs ready to go, but then the pandemic hit and the entire thing had to be cancelled. I was heartbroken over this, and I listened back to the new songs, but they weren’t up to my standards, so I decided to finally purchase a guitar and learn how to play it, and immediately I began writing on the guitar, which is something I never expected would happen with me. So almost every song on this new album was written and recorded almost entirely live, with very little software involved: guitar, bass, live synths, and on about half of the songs the percussion was programmed manually onto a drum machine. This is the album where I finally feel like I’m an actual musician. The music itself is post-punk at its core, but with elements of industrial dissonance and darkwave-inspired atmospheres.”

That increased musicianship is on show on the new LP, Solitude, and VIOATOR’s evolution feels complete. The new album, which we were able to get a sneak preview of, still showcases Tyler’s fragile/vulnerable vocal style—which at times remind of late 1970s or early 1980s Brian Eno and/or Gary Numan—and the layered guitar, bass, and other texturing give a robust sound to the finished product that builds upon the band’s prior minimalist foundation. There are even some very spectral, ghostly guitar lines on Track 3, “Nothing Left But to Heal” (perhaps my favorite track on the new LP), that keep things spooky and should please all the goth-rockers in the crowd. But let’s be clear: The LP as a whole is a very darkwave-y synth-and-drum-machine affair, echoing at times with a tragic, off-kilter resonance aided both by Tyler’s interesting choice in eerie synth lines and unexpectedly creative drum machine patterns, both of which serve to hold the listener’s attention. The presence of Numan, Eno, and “Low”-era Bowie are palpable on most of the album’s eight entrancing tracks. 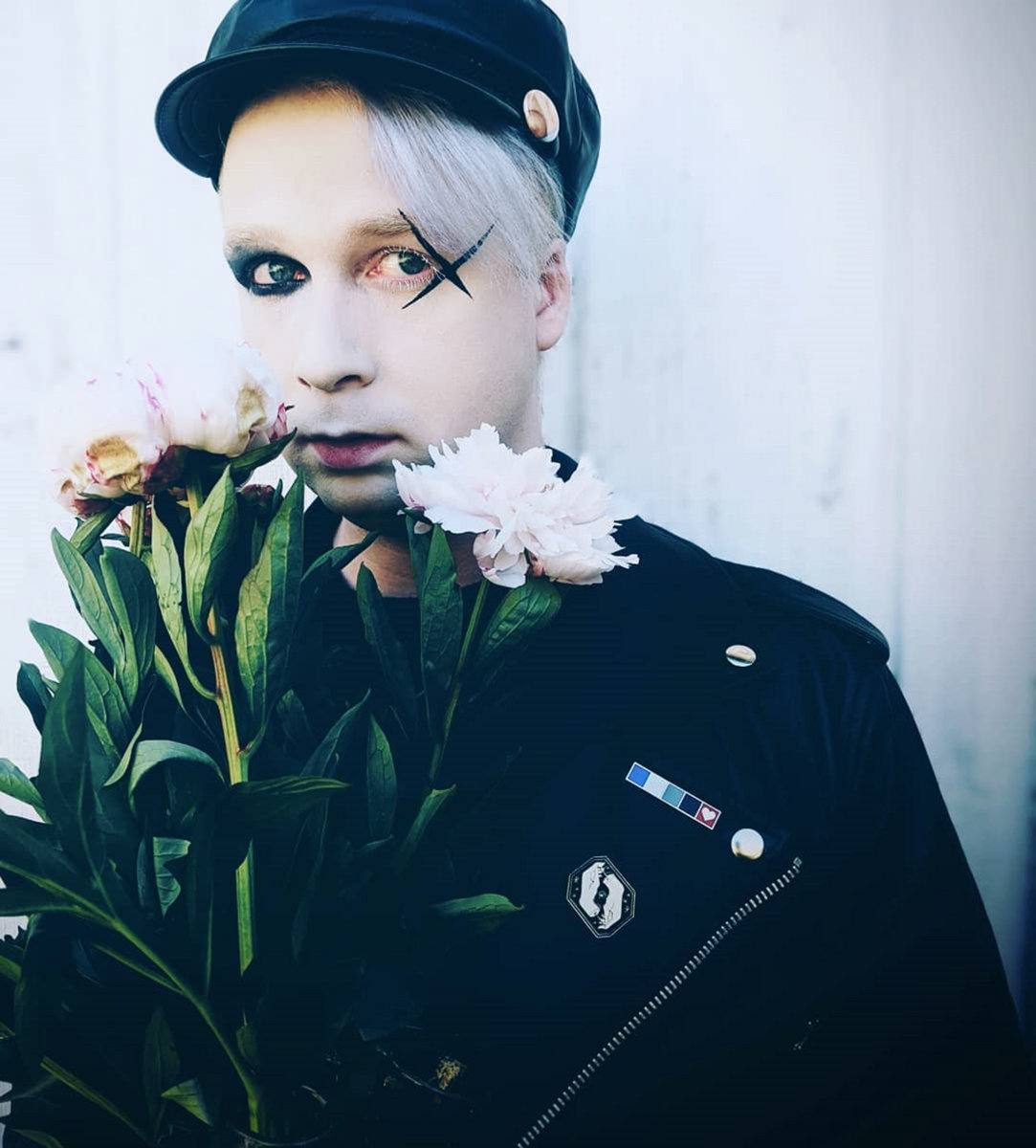 I asked Tyler about the origins of his project’s name, and if conjuring up Depeche Mode was the idea behind it:

“Yes, it is definitely a Depeche Mode reference, to the point where someone who booked me for a show and didn’t take the time to listen to me had me billed as a Depeche Mode tribute act. The name definitely was inspired by that, but I had moved to Los Angeles shortly before the project began, and I saw many signs around saying, ‘Violators will be prosecuted,’ and variations of that. It made me start thinking, ‘What exactly does it mean to be a violator? A violator of what? Someone’s space? What someone hears? A thought that worms it’s way into someone’s head and doesn’t leave them alone, keeping them up at night?’ I enjoyed the various interpretations of the word and how I could play with it, and the preconceptions that people have about that word. The idea to put the to replace the L was a stylistic choice by [my wife] Annie; it adds to the unease of the word.”

Who was in VIOATOR when it started, and who is in it now? What guest musicians etc. have you had join in?

Tyler: I’ve always been the sole actual member of the project. My wife Annie had early input in writing a couple of songs and acted almost as a producer, but that was the extent of outside input until this most recent album I’ve just finished. I asked Leah Lane of Rosegarden Funeral Party if she would be interested in singing on one of the songs, and that turned into a full collaboration, complete with both of us playing various instruments on the song, and then Ivan Delint from Warsaw Pact played guitar on one of the other songs on the album. I also have to mention that Michael Briggs, who mixed and mastered the album, acted essentially as a co-producer on this one, and he came up with some great effects and noise parts on some of the songs on it.

What bands or artists are the primary inspirations for VIOLATOR, and why?Tyler: Obviously Depeche Mode was an early influence, as was Gary Numan, although recently it’s shifted to more contemporary artists like The Soft Moon or VOWWS, although I wouldn’t say that those influences are ones that I wear on my sleeve.When will the new album come out, and where can folks buy it when it does come out?Tyler: The pre-order for the album should be going up in July. It is going to be released through Young & Cold Records, who are graciously also pressing it onto vinyl, which will be my first ever physical release outside of hand-made CDs and cassettes that I made for my first EP and my first album.

I also encourage folks to check out Tyler’s Youtube channel, where he often reviews new releases and posts other insightful commentaries on music. That Youtube channel is here. 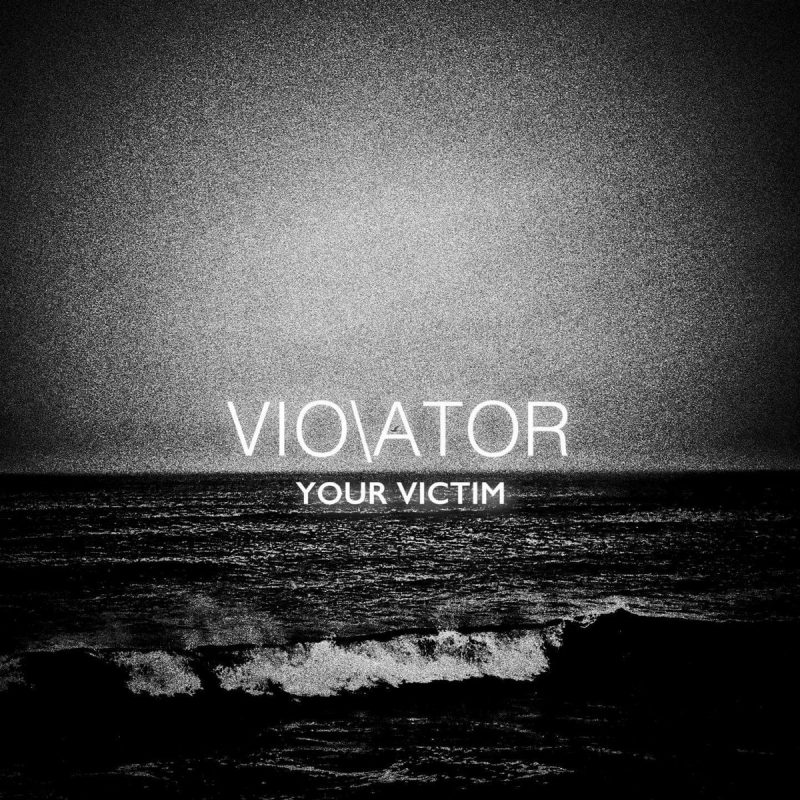 Russian Coldwave Duo Låska Unveil Their Video for “Into The Smoke”