We proceed onward, into this ever-growing swath of typos, lineup corrections made after posting, and riffs — more riffs! — that is the Quarterly Review. Today is Day Four and I’m feeling good. Not to say there isn’t some manner of exhaustion, but the music has been killer — today is particularly awesome — and that makes life much, much, much better as I’ve already said. I hope you’ve found one or two or 10 records so far that you’ve really dug. I know I’ve added a few to my best of 2021 list, including stuff right here. So yeah, we roll on. 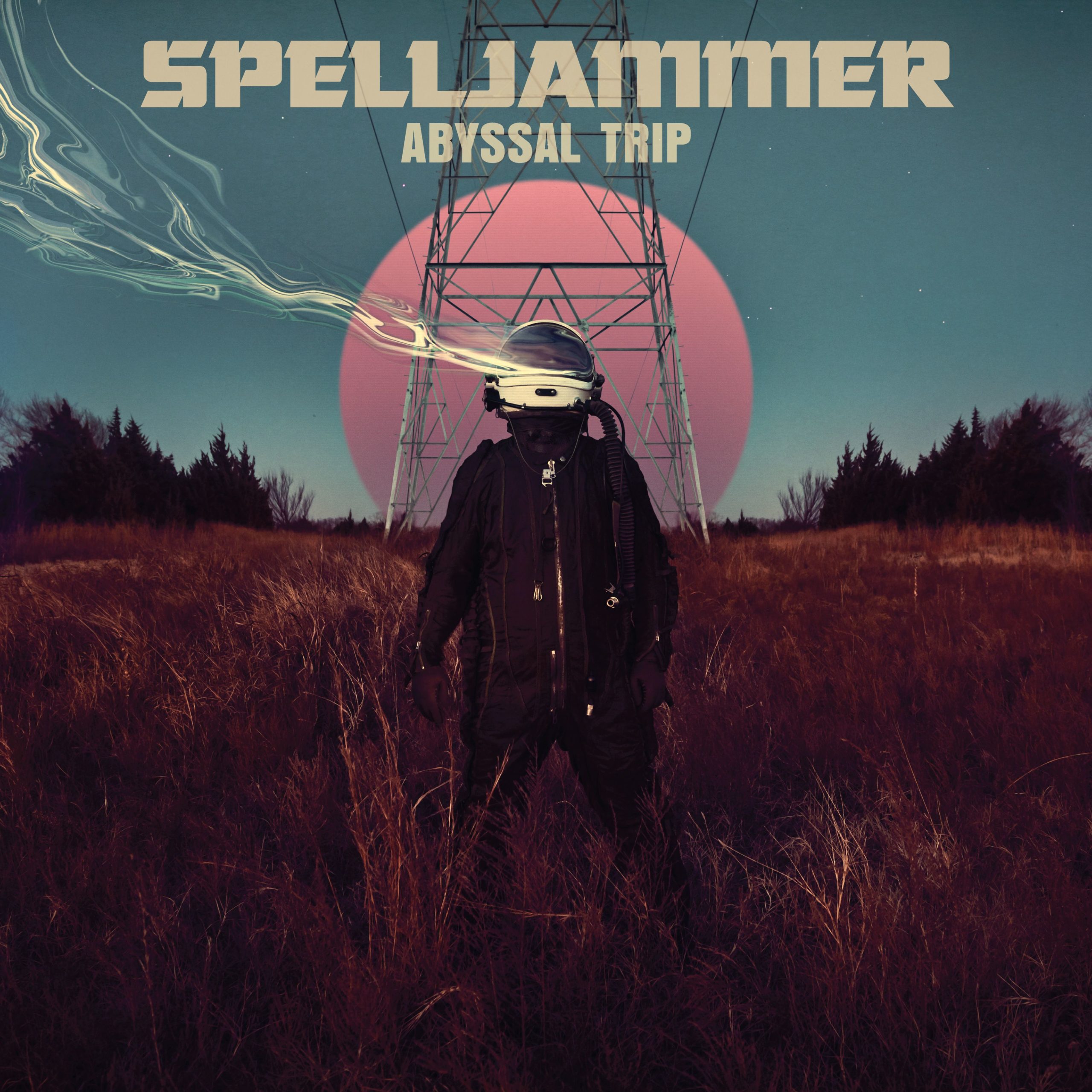 To envision an expanse, and to crush it. Stockholm three-piece Spelljammer return five years after Ancient of Days (review here), with an all-the-more-massive second long-player through RidingEasy, turning their front-cover astronaut around to face the audience head on and offering 43 minutes/six tracks of encompassing largesse, topping 10 minutes in the title-track and “Silent Rift,” both on side B with the interlude “Peregrine” between them, after the three side A rollers, “Bellwether,” “Lake” and “Among the Holy” have tripped out outward and downward into an atmospheric plunge that is a joy to take feeling specifically geared as an invite to the converted. We are here, come worship with us. Also get crushed. Spelljammer records may not happen all the time, but you won’t be through “Bellwether” before you’re saying it was worth the wait. 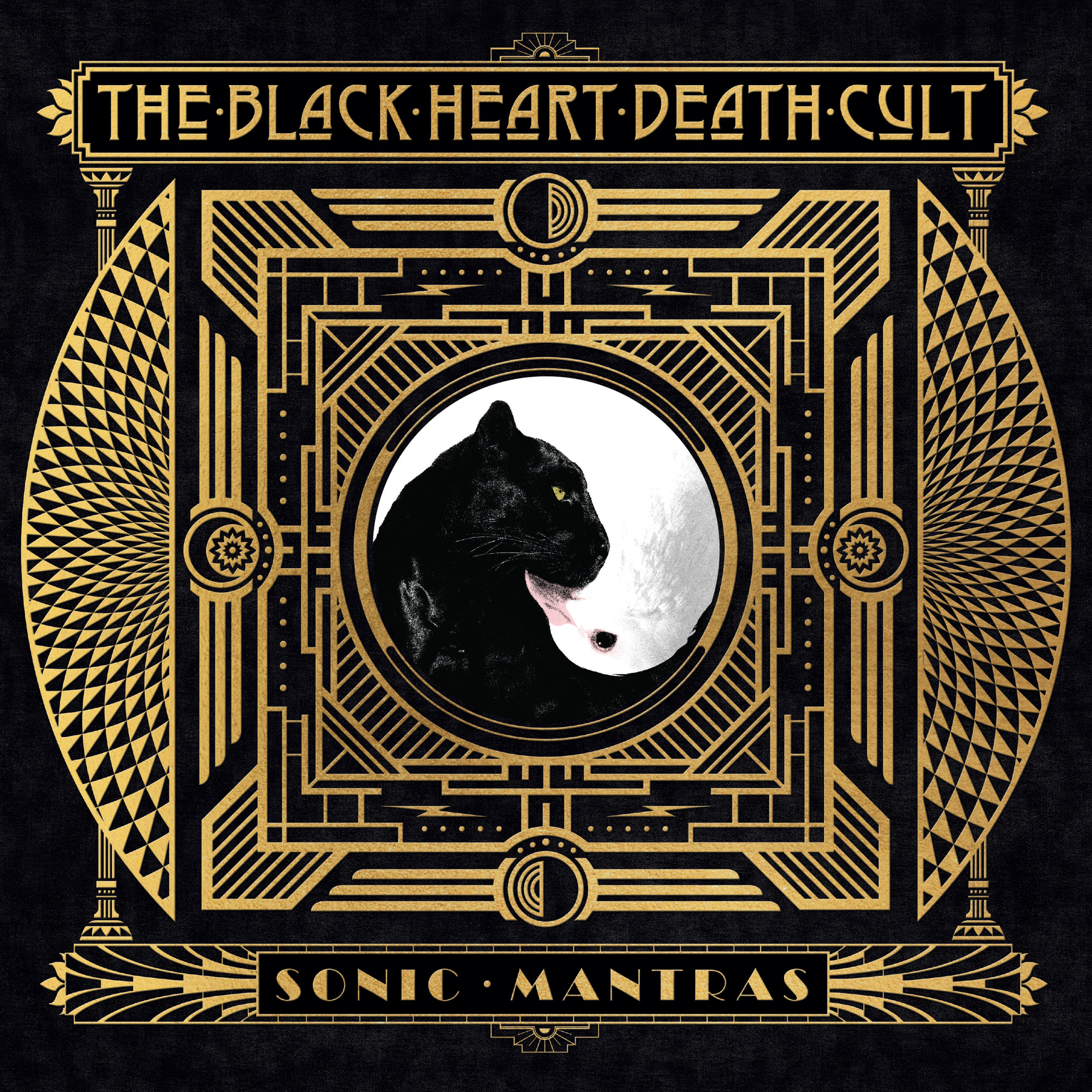 A deceptively graceful second LP from Melbourne’s The Black Heart Death Cult, Sonic Mantras pulls together an eight-song/45-minute run that unfolds bookended by “Goodbye Gatwick Blues” (8:59) and “Sonic Dhoom” (9:47) and in between ebbs and flows across shorter pieces that maximize their flow in whether shoegazing, heavygazing, blissing out, or whatever we’re calling it this week on “The Sun Inside” and “One Way Through,” or finding their way to a particularly deadened meadow on “Trees,” or tripping the light hypnotic on “Dark Waves” just ahead of the closer. “Cold Fields” churns urgently in its 2:28 but remains spacious, and everywhere The Black Heart Death Cult go, they remain liquefied in their sound, like a seemingly amorphous thing that nonetheless manages to hold its shape despite outside conditions. Whatever form they take, then, they are themselves, and Sonic Mantras emphasizes how yet-underappreciated they are in emerging from the ever-busy Aussie underground. 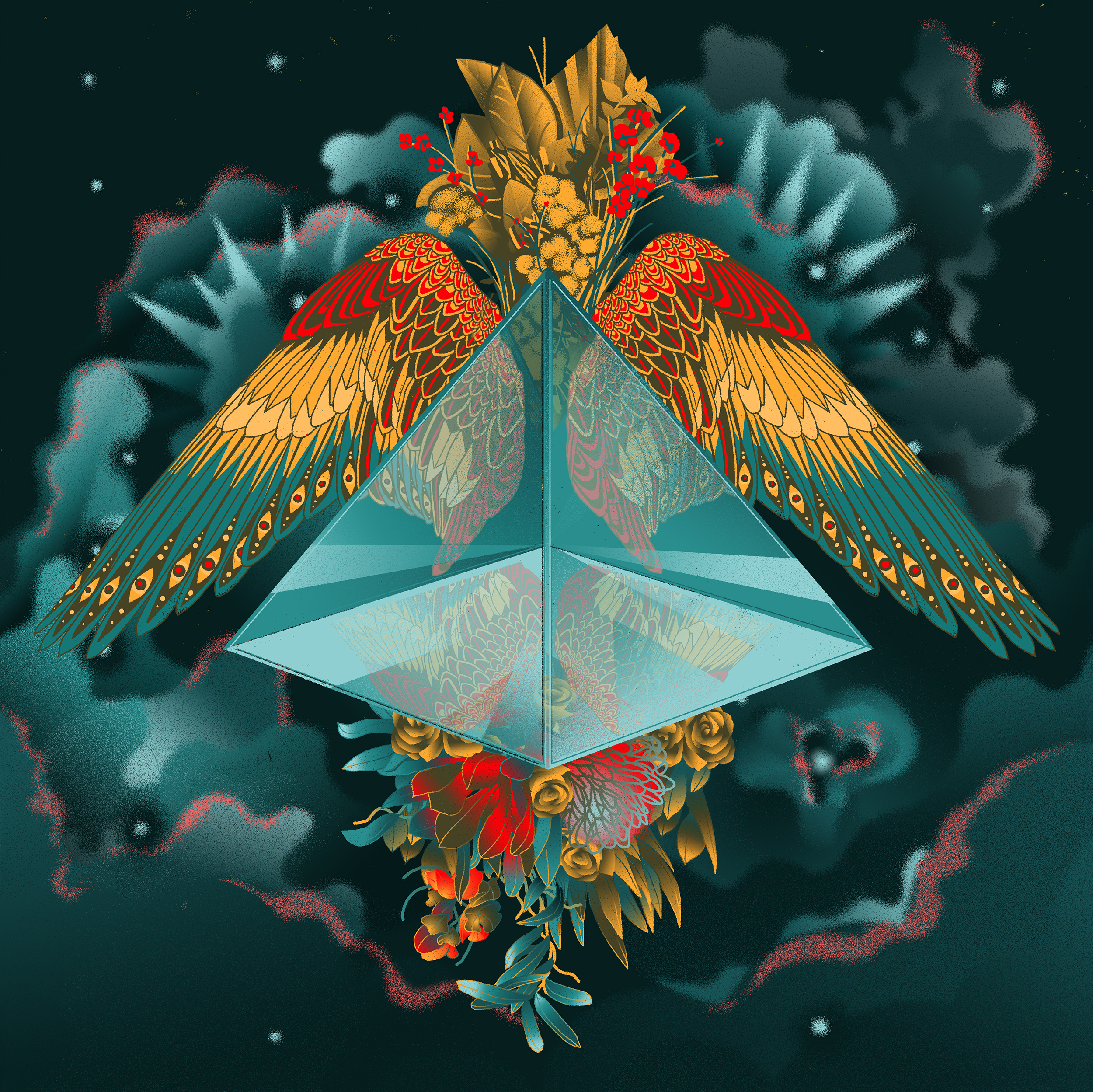 Tetra is the third long-player from Milwaukee’s Shogun, and in addition to the 10-minute “Delta,” which marries blues gargle with YOB slow-gallop before jamming out across its 10-minute span, it brings straight-shooter fuzz rockers like “Gravitas,” the someone-in-this-band-listened-to-Megadeth-in-the-’90s-and-that’s-okay beginnings of “Buddha’s Palm/Aviary” and likewise crunch of “Axiom” later, but also the quiet classic progressive rock of “Gone Forever,” and the more patient coming together of psychedelia and harder-hitting movement on closer “Maximum Ray.” Somewhat undercut by a not-raw-but-not-bursting-with-life production, pieces like “Buddha’s Palm/Aviary,” which gives over to a sweeter stretch of guitar in its second movement, and “Vertex/Universal Pain Center,” which in its back end brings around that YOB influence again and puts it to good use, are outwardly complex enough to put the lie to the evenhandedness of the recording. There’s more going on in Tetra than it first seems, and the more you listen, the more you find. 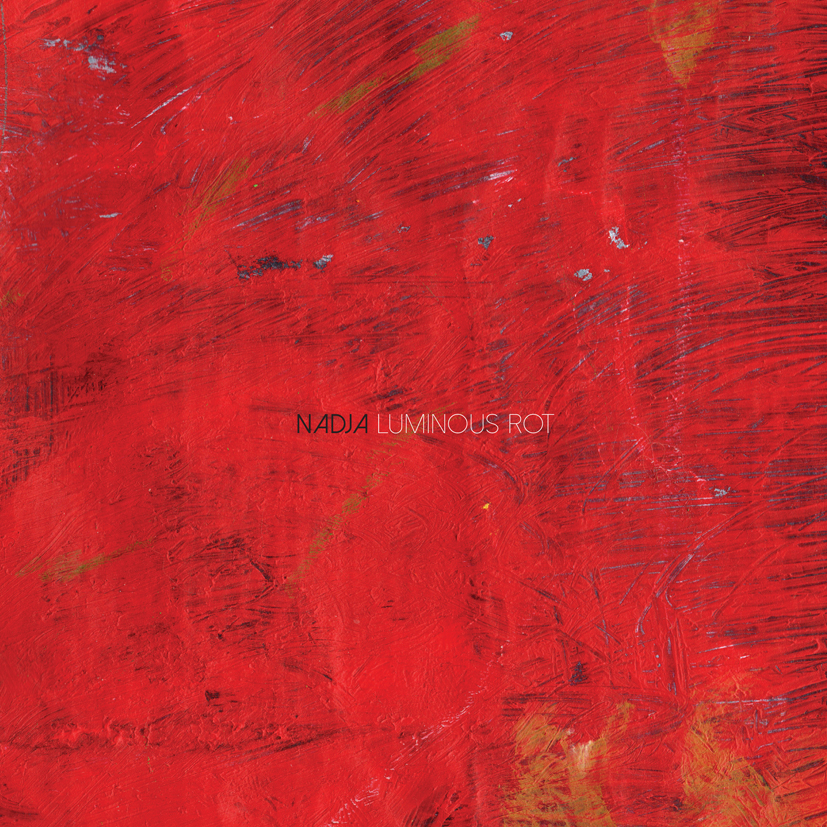 Keeping up with Nadja has proven nigh on impossible over the better part of the last two decades, as the Berlin-by-way-of-Toronto duo have issued over 25 albums in 19 years, plus splits and live offerings and digital singles and oh my goodness I do believe I have the vapors that’s a lot of Nadja. For those of us who flit in and out like the dilletantes we ultimately are, Luminous Rot‘s aligning Aidan Baker and Leah Buckareff with Southern Lord makes it an easy landmark, but really most of what the six-cut/48-minute long-player does is offer a reminder of the vital experimentalism the lazy are missing in the first place. The consuming, swelling drone of “Cuts on Your Hands,” blown-out sub-industrialism of “Starres,” hook of the title-track and careful-what-you-wish-for anchor riff of “Fruiting Bodies” — these and the noisily churning closer “Dark Inclusions” are a fervent argument in Nadja‘s favor as being more than a sometimes-check-in kind of band, and for immediately digging into the 43-minute single-song album Seemannsgarn, which they released earlier this year. So much space and nothing to lose.

Shroud of Vulture, Upon a Throne of Jackals 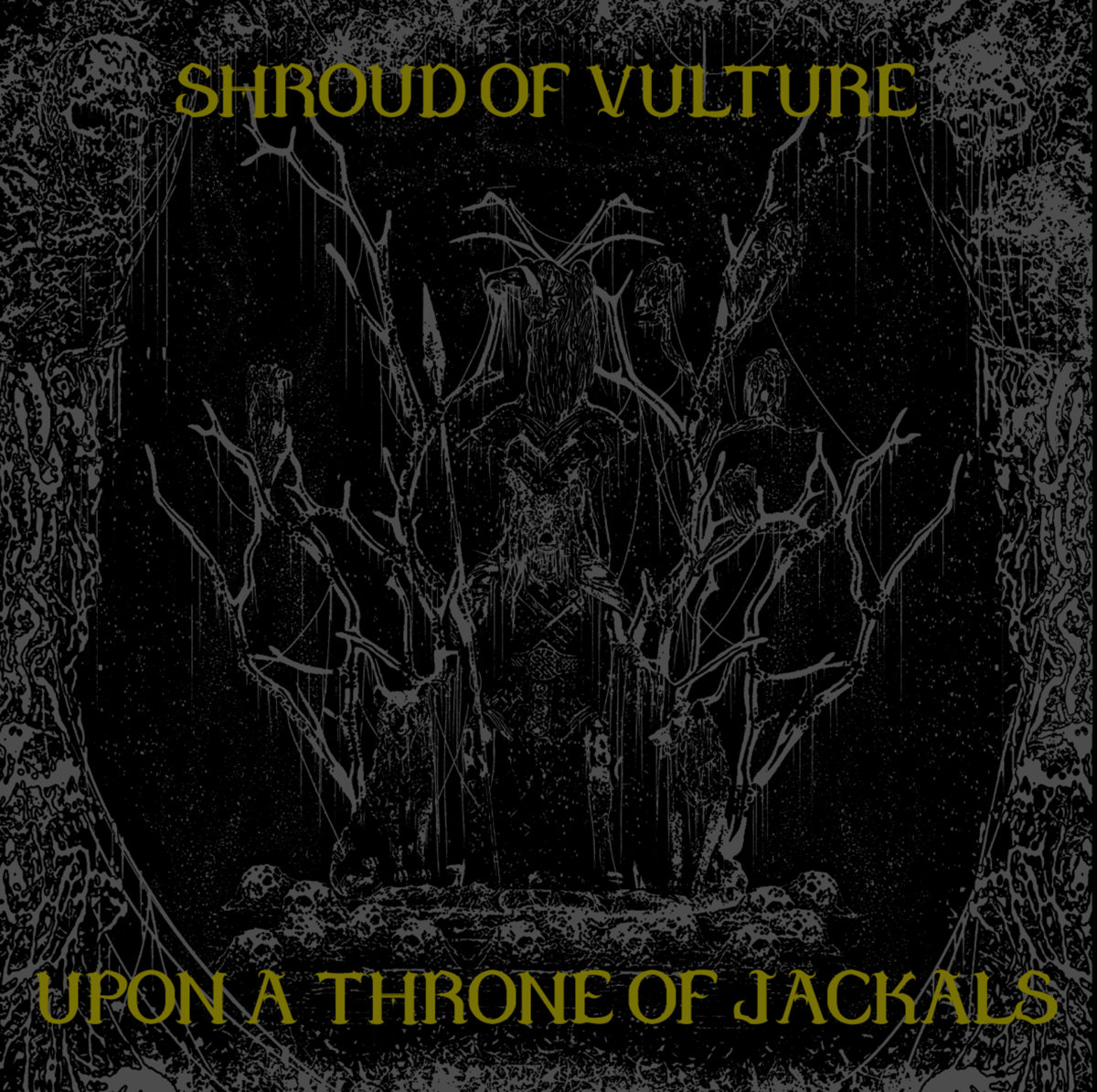 Welcome to punishment as a primary consideration. Indianapolis death-doom four-piece hold back the truly crawling fare until “Perverted Reflection,” which is track three of the total seven on their debut full-length, Upon a Throne of Jackals, but by then the extremity has already shown its unrepentant face across the buried-alive “Final Spasms of the Drowned” and the oldschool death metal of “The Altar.” Centerpiece “Invert Every Throne” calls to mind Conan in its nod, but Shroud of Vulture are more about rawness than sheer largesse in tone, and their prone-to-blasting style gives them an edge there and in “Halo of Tarnished Light,” which follows. The closing pair of “Concealing Rabid Laughter” and “Stone Coffin of Existence” both top seven minutes and offset grueling tension with grueling release, but it’s the stench of decay that so much defines Upon a Throne of Jackals, as though somebody rebuilt Sunlight Studio brick for brick in Hoosier Country. Compelling and filthy in kind.

Towards Atlantis Lights, When the Ashes Devoured the Sun 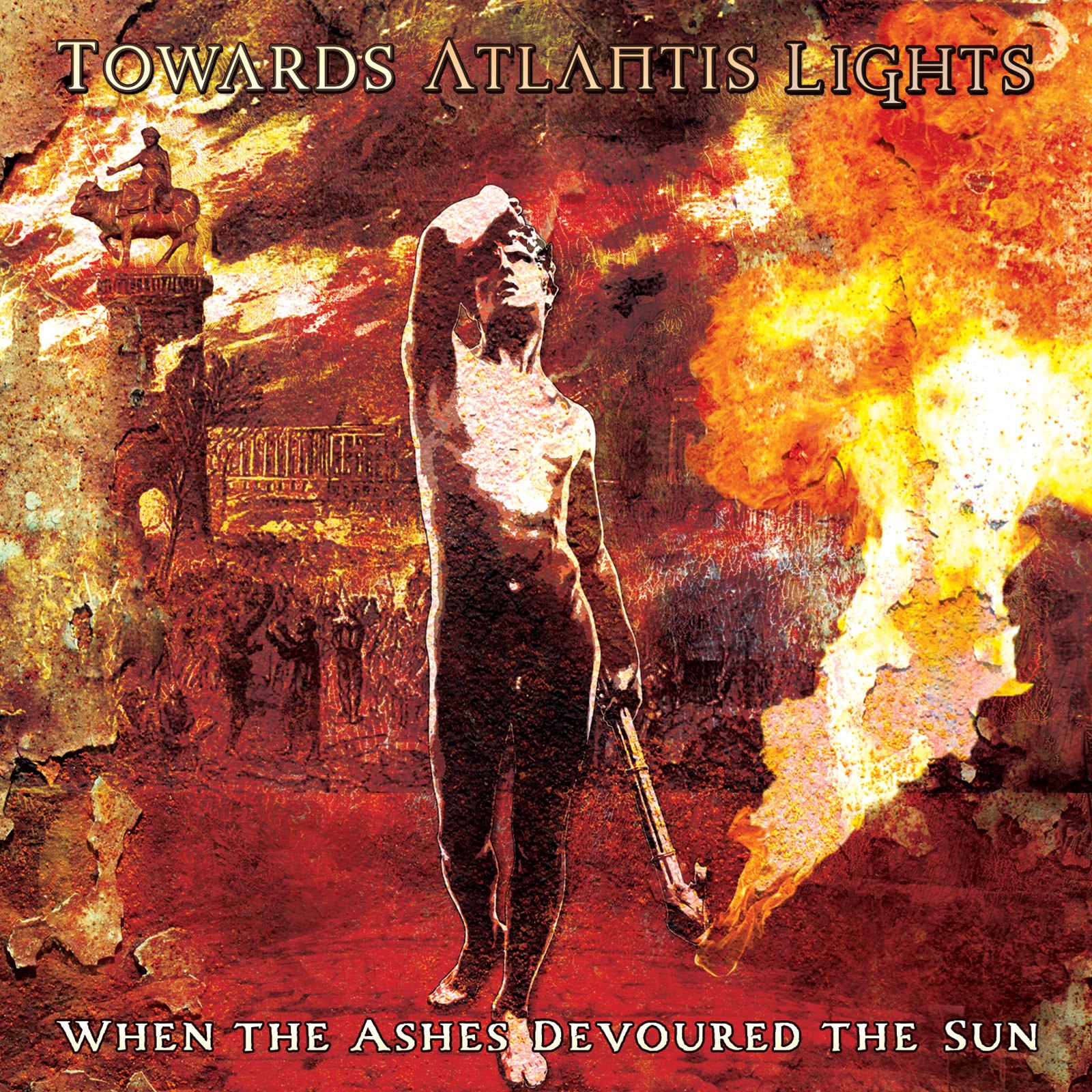 Ultra-grueling, dramatic death-doom tragedies permeate the second full-length, When the Ashes Devoured the Sun, from UK-based four-piece Towards Atlantis Lights, with vocalist/keyboardist Kostas Panagiotou and guitarist Ivan Zara at the heart of the compositions while bassist Riccardo Veronese and drummer Ivano Olivieri assure the impact that coincides with the cavernous procession matches in scope. The follow-up to 2018’s Dust of Aeons (review here), this six-track collection fosters classicism and modern apocalyptic vibes alike, and whether raging or morose, its dirge atmosphere remains firm and uncompromised. Heavy lumber for heavy hearts. The kind of doom that doesn’t look up. That doesn’t mean it’s not massive in scope — it is, even more than the first record — just that nearly everything it sees is downward. If there’s hope, it is a vague thing, lost to periphery. So be it. 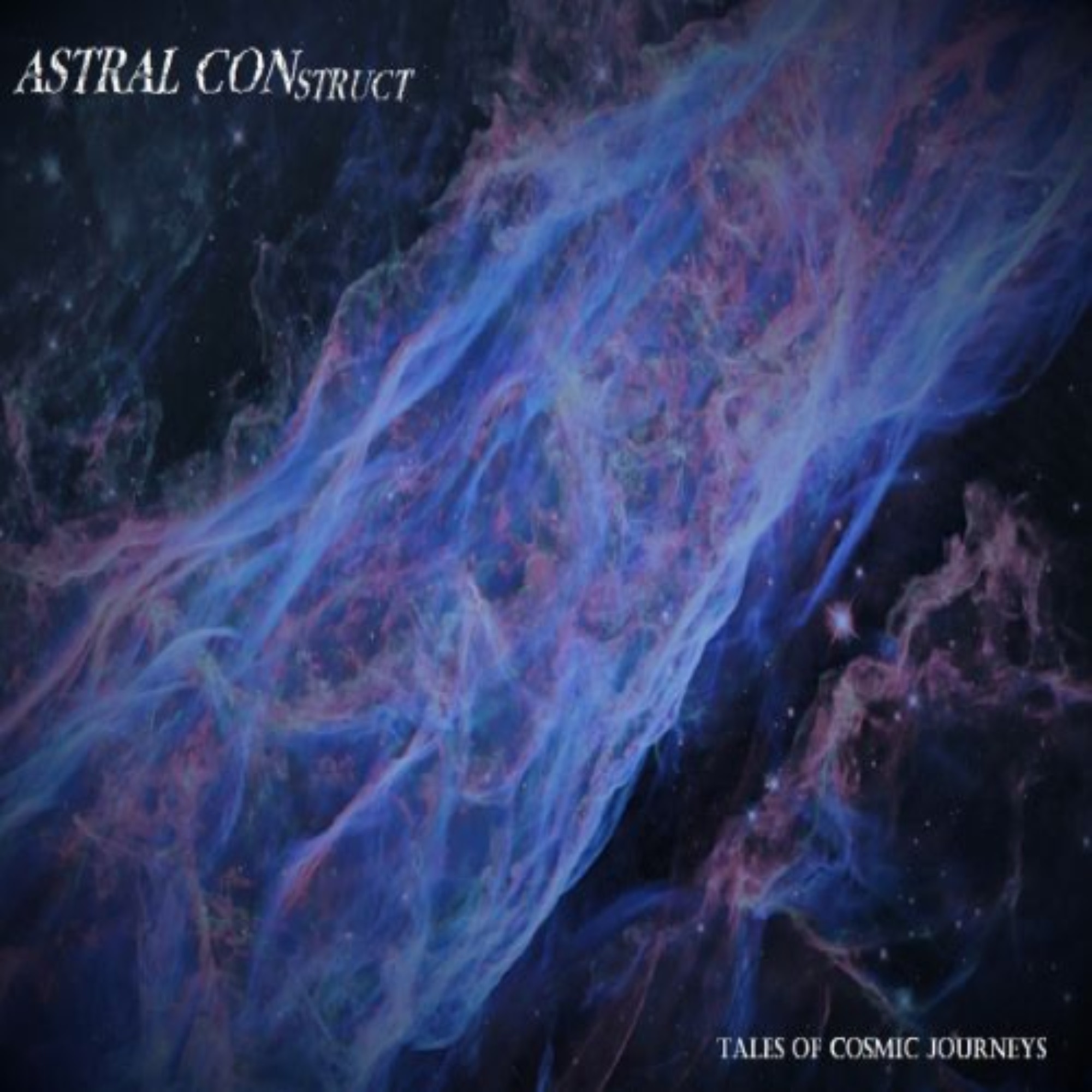 It has been said on multiple occasions that “space is the place.” The curiously-capitalized Colorado outfit ASTRAL CONstruct would seem to live by this ethic on their debut album, Tales of Cosmic Journeys, unfurling as they do eight flowing progressions of instrumental slow-CGI-of-the-planets pieces that are more plotted in their course than jams, but feel built from jams just the same. Raw in its production and mix, and mastered by Kent Stump of Wo Fat, there’s enough atmosphere to let the lead guitar breathe, certainly, and to sustain life in general even on “Jettisoned Adrift in the Space Debris,” and the image evoked by “Hand Against the Solar Winds” feels particularly inspired given that song’s languid roll. The record starts and ends in cryogenic sleep, and if upon waking we’re transported to another place and another time, who knows what wonders we might see along the way. ASTRAL CONstruct‘s exploration would seem to be just beginning here, but their “Cosmos Perspective” is engaging just the same. 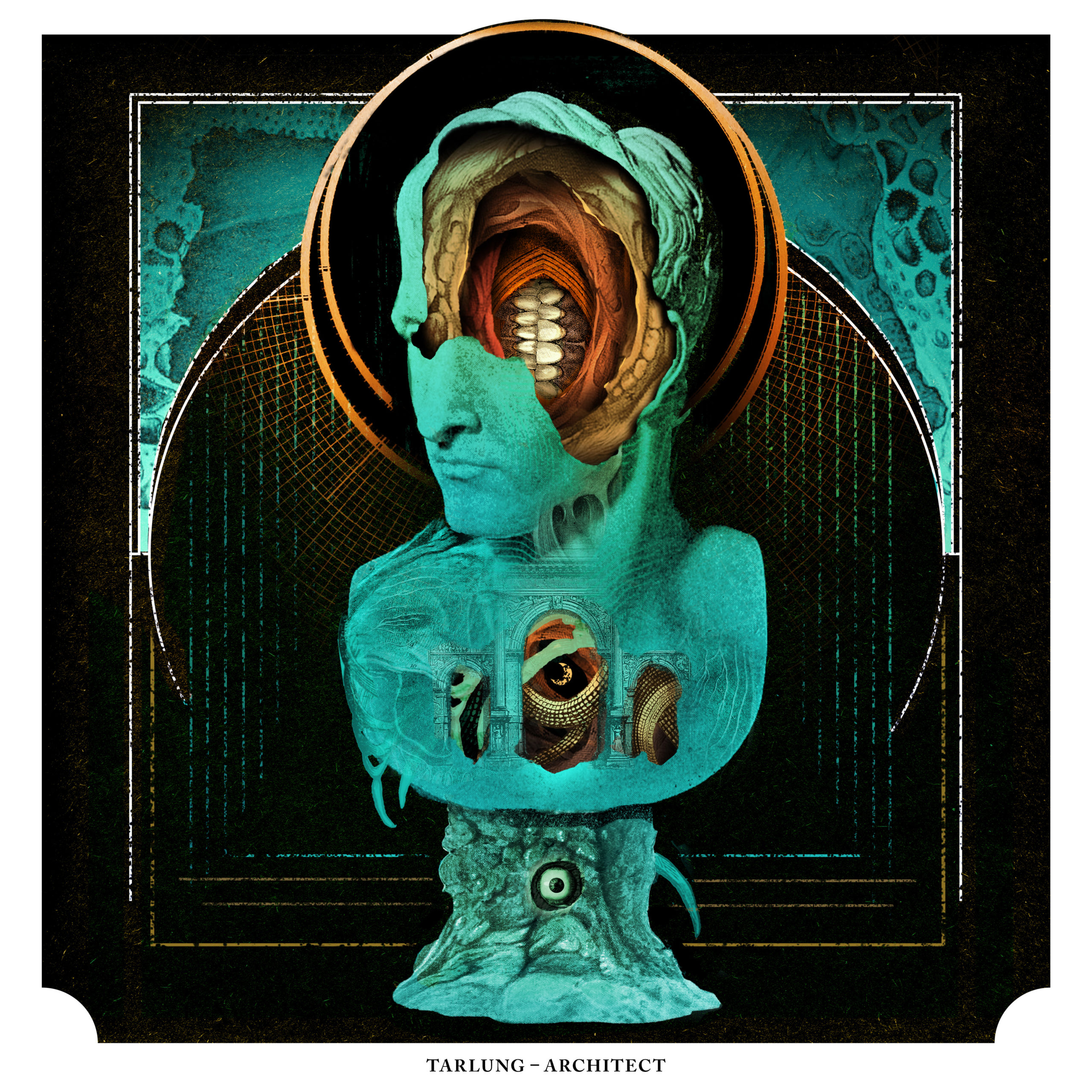 Vinna-based sludgedrivers TarLung were last heard from with 2017’s Beyond the Black Pyramid (discussed here), and Architect continues the progression laid out there in melding vocal extremity and heavy-but-not-too-heavy-to-move riffing. It might seem like a fine line to draw, and it is, and that only makes songs like “Widow’s Bane” and “Horses of Plague” all the more nuanced as their deathly growls and severe atmospheres mesh with what in another context might just be stoner rock groove. Carcass circa the criminally undervalued Swansong, Six Feet Under. TarLung manage to find a place in stoner sludge that isn’t just Bongzilla worship, or Bongripper worship, or Bong worship. I’m not sure it’s worship at all, frankly, and I like that about it as the closing title-track slow-moshes my brain into goo. 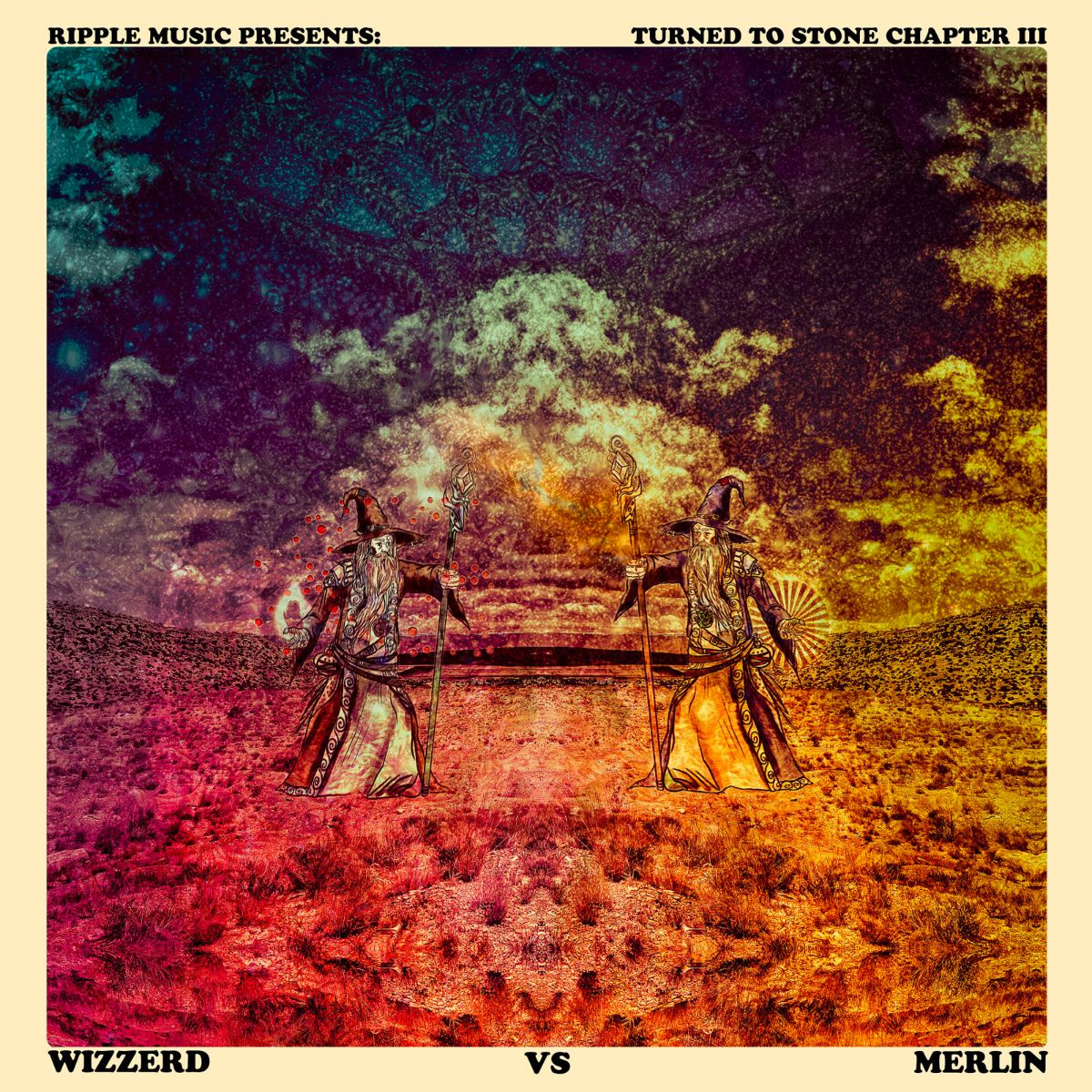 Somewhere in the great mystical expanse between Kalispell, Montana, and Kansas City, Missouri, two practicioners of the riffly dark arts meet on a field of battle. Wizzerd come packing the 19-minute acoustic-into-heavy-prog-into-sitar-laced-jam-out “We Are,” as if to encompass that declaration in all its scope, while Merlin answer back with the organ-led “Merlin’s Bizarre Adventure” (21:51), all chug and lumber until it’s time for weirdo progressive fusion reggae and an ensuing Purple-tinged psych expansion. Who wins? I don’t know. Ripple Music in releasing it in the first place, I guess. Continuing the label’s influential split series(es), Turned to Stone Chapter III pushes well over the top in the purposes of both acts involved, and in that, it’s maybe less of a battle than two purveyors joining forces to weave some kind of Meteo down on the heads of all who might take them on. If you’ve think you’ve got the gift, they seem only too ready to test that out. 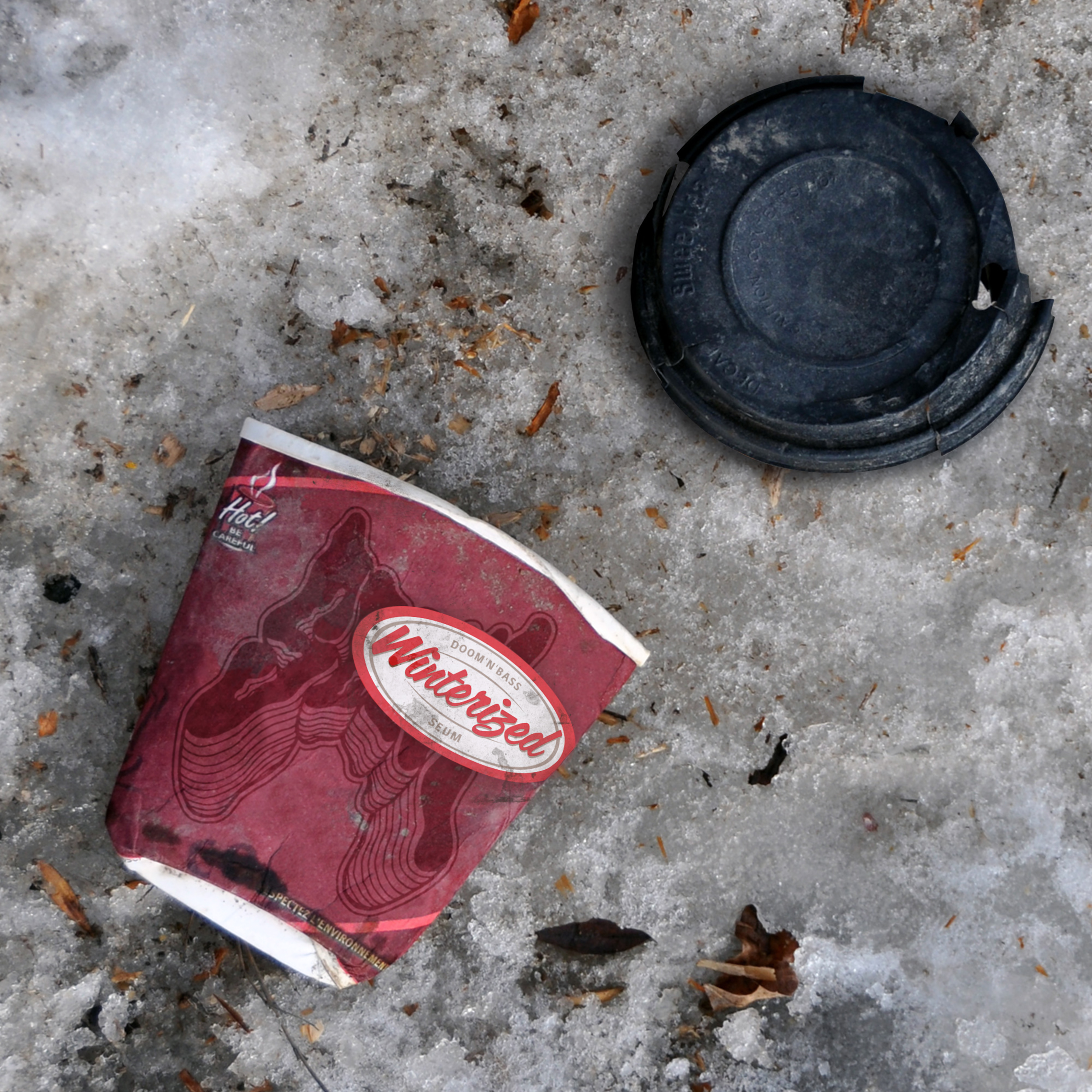 “Life Grinder” begins with a sample: “I don’t know if you need all that bass,” and the answer, “Oh, you need all that bass.” That’s already after “Sea Sick Six” has revealed the Montreal-based trio’s sans-guitar extremist sludge roll, and the three-piece seem only too happy to keep up the theme. Vocals are harsh, biting, grating, purposeful in their fuckall, and the whole 28-minute affair of Winterized is cathartic aural violence, except perhaps the interllude “666,” which is a quiet moment between “Broken Bones” and “Black Snail Volcano,” which finally seems to just explode in its outright aggression, nod notwithstanding. A slowed down Ramones cover — reinventing “Pet Sematary” as “Red Sematary” — has a layer of spoken chanting vocals layered in and closes out, but the skin has been peeled so far back by then and Seum have doused so much salt onto the wounds that even Bongzilla might cringe. The low-end-only approach only makes it more punishing and more punk rock at the same time. Fucking mean.