[Click play above to stream Causa Sui’s Szabodelico in full. Album is out Nov. 13 on El Paraiso Records and can be ordered here.]

Recorded over a period of months between 2019 and early 2020, Szabodelico — named for its own centerpiece track in homage to Hungarian jazz guitarist Gábor Szabó, see also second cut “Gabor’s Path” — revels a bit in its sense of disconnection, in the flourish each of its total 13 pieces brings on its own. And yet, with the long-established chemistry of Danish instrumentalists Causa Sui behind it, and a stated focus on capturing early takes, minimal overdubs, recording themselves, etc., there is an overarching flow and immersion taking place over the 2LP’s 63 minutes that is unmistakable. Causa Sui are nothing less than a treasure of the European psychedelic underground. Their ongoing progression and exploratory impulses have in the past 15 years made them essential and influential listening, and as they’ve moved over the last half-decade toward bringing together tonal-presence-minded heavy psych and various manifestations of jazz, the “voice” they’ve found — such as it is with no vocals — has become their own in a way that is vibrant and encompassing.

Last heard from with 2017’s Vibraciones Doradas (review here) and the Live in Copenhagen (review here) live album issued earlier that year, they bring a sense of grace and spontaneity to Szabodelico that transcends the stylistic shifts between ethereal free-jazz warmup in the opener “Echoes of Light,” spaghetti westernism on “Under the Spell” and organ/guitar call-and-response dueling on “Sole Elettrico.” There are a couple heavier-ish moments of distorted guitar and so on brought forth by guitarist Jonas Munk, drummer Jakob Skøtt, keyboardist Rasmus Rasmussen and bassist Jess Kahr, to be sure, but Szabodelico is more about mellow freedom. About finding out where you’re going when you get there. About playfulness and engaging with the creative process as it’s happening. It has become a pandemic-era cliché to note the additional poignancy of such things, so I’ll say instead that Causa Sui are simply unmatched when it comes to the melding of progressive spirit and instrumental conversation, and the patience of craft they display in these works is no less theirs than anything jammed out across the multi-part Summer Sessions series (review here; discussed here), their live outings, or their other studio work.

As one might expect, the album is structured to highlight the vinyl presentation. Each of the two component platters begins with a kind of introductory short work in the aforementioned “Echoes of Light” (2:33) and its dreamy, key-inflected side C counterpart “Honeydew” (2:58), which gives way with an especially smooth transition into “Lucien’s Beat,” suitably more percussive but still otherworldly. On the other end of these, rounding out sides B and D, are “Szabodelico” itself at 7:14 and the 9:52 album finale “Merging Waters.” The former builds up to become about as full-on rock as Causa Sui get throughout, so it’s only fitting that its companion should be as deeply entrenched in a liquid psychedelia as possible; the quiet lake as opposed to a flowing river, if we’re talking about water. 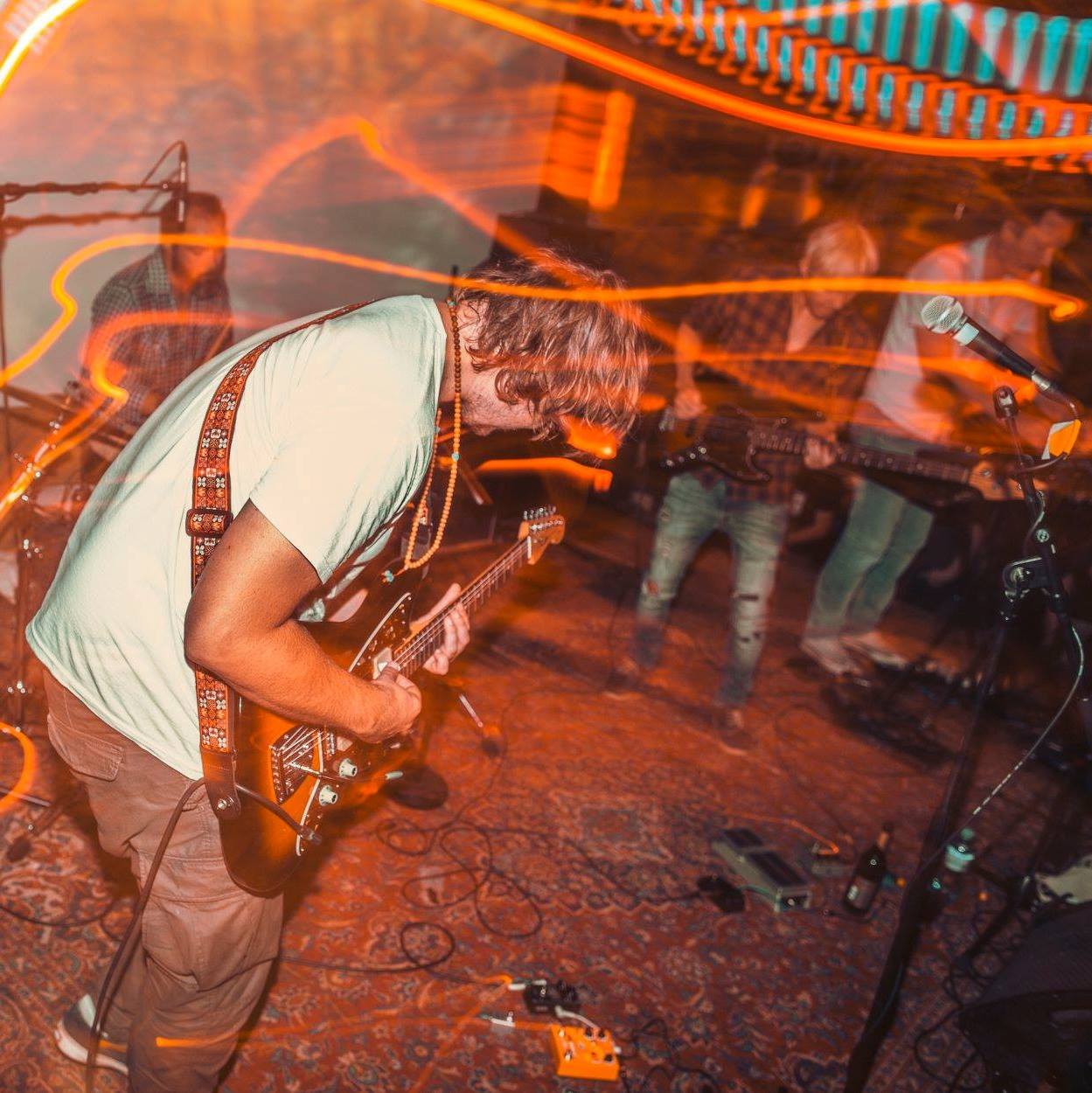 With the range Causa Sui demonstrate in cuts like the winding “Vibratone,” with its folk-boogie emergence marked out by waves of synth, or the quick cinematic krautrock excursion that is “Premonitions,” Szabodelico can be seen as unpredictable, and it is. On some level, it’s a collection of jams and quick installments gathered from multiple sessions and compiled together as a release. It’s inherent to the form that there would be disparity in purpose and delivery. The genius — and yes, I mean that — of the album is that it doesn’t hide from that so much as make it the point of the thing in the first place, so that each turn Causa Sui make becomes not a hardship for the listener, but a joy to relish along with the band. And on the most basic level of listening, when one puts on Szabodelico, it is anything but a challenge to make the leap from one song to the next. Each side and each movement occurs with such a sure and gentle guiding hand that to not follow where one is being lead is to fail as an audience. The answer is to go with it. Go with it and know it’s all going to work out because, yes, it absolutely does.

The trust is well earned on the part of Causa Sui, and will only be more so going forward because of the work they do on Szabodelico. It is a standout among their catalog of now-six full-lengths, various sessions-type offerings and sundry live albums, and is intended to be precisely that, right unto the ultra-chill percussion drips on “Rosso Di Sera Bel Tempo Si Spera” and the penultimate sunshine rocker “La Jolla” echoes and expands on some of the meditations in “Under the Spell,” bringing singular warmth ahead of the cool dive in “Merging Waters.” Wherever Causa Sui go in a given track, they go with purpose, even if that purpose is simply the going itself, and while some who’ve basked in their desert-style fuzz progressions might be surprised by what Szabodelico is doing, the basic fact of the matter is it’s not a high hurdle to jump.

That is to say, Causa Sui make it easy for the listener to expand their palette (and consciousness), to keep an open mind, because the material itself has such a correspondingly open approach. Maybe this is the band proving they can go anywhere. Maybe this is the shape of psych-jazz to come. Maybe it’s a one-off. You never really know with Causa Sui what direction their output might next take, and when the result of that is material like they bring to Szabodelico, which retains its vitality even at its most subdued and is lush without sacrificing the organic nature of its performance to craft a wash of effects, it is their righteousness reaffirmed. This record feels like a gift built by masters of the form, and it is precisely that. Whatever it may lead to, if anything, is for future hindsight to dictate. As of now, it is a welcoming for anyone ready to be welcomed.

ALBUM REVIEW: Light The Torch – You Will Be The Death Of Me