[Click play above to stream the title-track of Samsara Blues Experiment’s End of Forever. Album is out Jan. 2021 with preorders coming next month.]

Two weeks ago, German heavy psychedelic rockers Samsara Blues Experiment announced they would be going on indefinite hiatus. Fair enough. 2020 makes it a decade since the band made their full-length debut with the jammy fluidity of Long-Distance Trip (review here), a record that in no small part would define listener expectation from them even as they went on almost immediately to more progressive work. They’d already toured the US by then, hitting the West Coast in 2009 on the heels of their demo (discussed here, review here), and though they wouldn’t North American shores apart from two more shows in 2015, the years since they stopped through have not lacked adventure.

Even as they moved from a four-piece to the trio of guitarist/vocalist/keyboardist Christian Peters, bassist/backing vocalist Hans Eiselt and drummer Thomas Vedder, a strong European and South American touring presence helped establish them as one of Germany’s foremost post-Colour Haze heavy psych acts, and an indelible commitment to evolving sonically, to never releasing the same album twice, assured they would reach almost immediately beyond their starting point. For however long “indefinite” may last, they’ll be missed, and in End of Forever, they leave behind a final document that summarizes the mindset that has defined them by doing precisely what they’ve done all along: moving forward.

Comprised of seven songs (six plus a bonus track) and running a total of 51 minutes, End of Forever was recorded in the plague-addled summer of 2020 with former bassist Richard Behrens at the helm at Big Snuff Studio. It follows three years behind 2017’s One with the Universe (review here) and likewise sees release through Peters‘ Electric Magic Records. That album was defined perhaps inevitably in no small part by its consuming 15-minute title-track, and End of Forever does share some aspects with it, in terms of performance, the winding style of riff that emerges in “End of Forever” itself — indeed, the riff in question, which first emerges at 1:14 into the song’s 7:56 run, would seem to be a purposeful self-reflective nod toward Samsara Blues Experiment‘s early days, and maybe a thank-you card to fans as well — and in the organic production sound.

But End of Forever is distinguished from its immediate predecessor as well as 2013’s Waiting for the Flood (review here) and 2011’s Revelation and Mystery (review here) for how it works in conversation with Peters‘ solo explorations of synth and keyboards. Working under the moniker of Surya Kris Peters, the guitarist — also relocated to Brazil — has been prolific to the point of a creative explosion, with four outings this year to his credit, the latest of which was September’s Leaving Berlin EP.

From the outset of End of Forever in 11-minute opener and longest track (immediate points) “Second Birth,” Samsara Blues Experiment make it known that such elements are by no means off limits when it comes to the personality and atmosphere to be established across this album, and while it’s an Eiselt bassline that launches the record and a smooth jam that takes hold, the synth line the sneaks in along with Vedder‘s drums and the guitar is telling of what’s to follow in terms of the album’s ability to create a melodic wash, often with keyboard and synth working together alongside guitar.

As it nears the five-minute mark, a funky progression of bass, soulful lead guitar and drums takes hold, and ’70s-style Hammond soon enters the fray to set up the arrival of a verse. The song moves through a hook into denser-toned riffing, bringing the organ along for good measure, and hits a thrilling culmination circa 9:30 topped by Peters‘ vocals before making its way out in grand fashion. As the leadoff, it’s a journey unto itself, and it does much to affect the vibe for the rest of the offering, but it’s also not necessarily giving everything away up front. 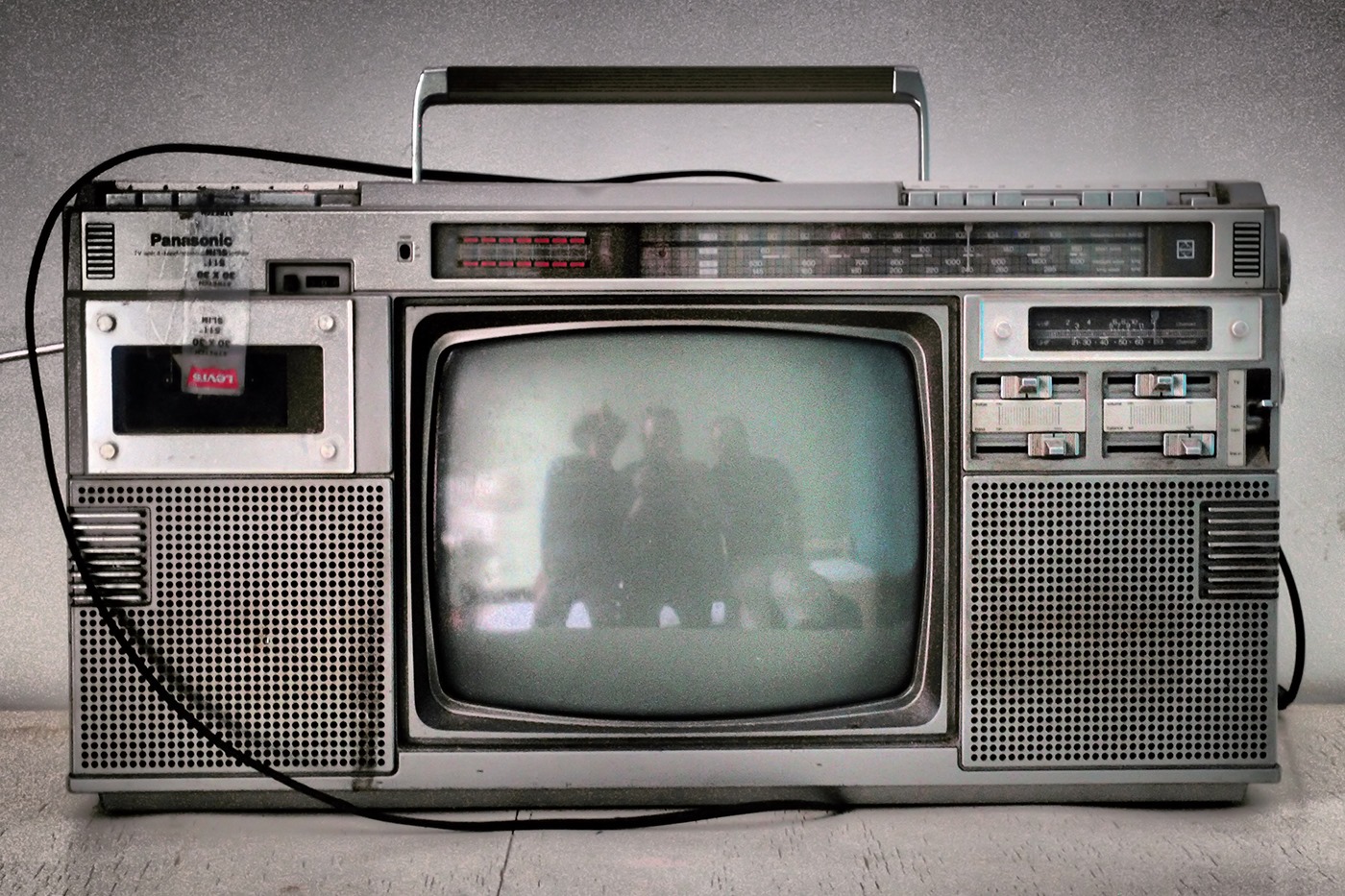 To wit, the acoustic guitar that steps forward and trades off with electric soloing in “Massive Passive” turns out to be an aspect no less crucial to the album’s overarching flow than are the keys. With the ever-strong foundation of Eiselt and Vedder in the rhythm section, Peters constructs dynamic waves of psych-prog, keeping that acoustic line as part of the build even as the track moves through its culmination and into the percussion at the outset of “Southern Sunset,” which brings more organ and due-seeming shimmer as it moves through its intro and into its acoustic-led verse of love-song pastoralia (the sun and moon also making appearances in their work since the beginning), surging back with electrics and organ and backing vocals during the chorus. “Southern Sunset” makes its way out as it came in, with drums and percussion, but has one of End of Forever‘s best hooks along the way and a vibe unique among Samsara Blues Experiment‘s now-five long-players. It’s telling that even as the band winds down, they’d still refuse to rest on their laurels.

In that, the instrumental centerpiece/presumed side B leadoff “Lovage Leaves” is likeminded. It brings together a gorgeous swath of melody, lush but still natural in its feel, and answers “Southern Sunset” as a four-minute companion-piece that also serves as a bridge to “End of Forever” and “Orchid Annie,” which serve as the closing salvo. The title-cut, as noted, boasts a singular sweep among its compatriot songs, but works with a similar spaciousness as that which surrounds, and while it’s perhaps the most outwardly heavy inclusion in terms of tonal push, it nonetheless represents well End of Forever‘s open-minded approach that melody can and might come from anywhere at any time. As it fades to its conclusion, it feels conscious of being a last statement on the part of the band, and if that’s the case, one looks to “Orchid Annie” (slightly longer at 8:24) as a classic rocking epilogue, organ and lead guitar woven together around lyrics bidding farewell to the titular character.

Choice basslines and nuanced drumming — both of which are balanced in a nigh-on-impeccable mix considering the swirl around them — back Peters‘ layers of keys and guitar, and I’m pretty sure I hear an acoustic strum in there too, though I could be wrong. Either way, “Orchid Annie” embarks circa 4:30 on a midtempo proggy chase that shifts into and through a few quick lines in the next couple minutes, and then keys, wah, electric soloing and the last lyrics gradually coming to a head and then ending cold as perhaps they’d have to in order to end at all.

Given how likely it seems Samsara Blues Experiment knew that End of Forever would be their last record for at least an indefinite amount of time, if not outright forever, the title-track and “Orchid Annie” serve as a wistful goodbye, while the bonus track — a 6:48 instrumental jam called simply “Jumbo Mumbo Jumbo” that seems to be based on where they go in “End of Forever”; a ‘slight return’ or reprise, then — offers one last weight-behind-it-but-still-melodic shove for those who’ve taken the trip to enjoy. And among those, count the band as well as their listenership, because if anything, End of Forever feels like a shared experience, its awareness of self not dulling its progressive mentality but adding to it as Samsara Blues Experiment knowingly hang it all on a wire in order to fashion this completeness to their catalog.

Yes, they will be missed for however long they’re gone, but with End of Forever, Samsara Blues Experiment bring the keystone to hold up the arc of their decade-plus-long stylistic development. Like each of its predecessors, it’s the bravest, most outward reaching and inward looking record they’ve done, and so could not be a more fitting conclusion.