Shoegazy Post-Punk Explorers CLUSTERSUN travel to Mars in the video for their latest single “Juggernaut”. Over the years, the Italian band have established themselves as a formidable force in creating reality-bending and reverb-drenched sonic textures that travel the interstellar heights of post-punk, psych, krautrock, and Shoegaze.

“Juggernaut” is the dreamy and melodic fourth single taken from their latest album Avalanche. The video’s debut comes with the announcement of the band’s European live dates, which include a headline slot at Supersonic in Paris on October 9th.

On the song and video, CLUSTERSUN elaborate:

“Juggernaut is the Force hidden behind the appearance of quietness, as being in the eye of an invisible tornado. Is the Force driving us to discover faraway worlds, also inside our own souls. The video clip was directed by the young videomaker Mirko Raslov, who transposed the dark and menacing mood of the song into sci-fi imagery, highlighting the cosmic sound and the post-punk attitude of Juggernaut.”

Watch the video for “Juggernaut” below:

CLUSTERSUN formed in 2013 and made their debut with a self-produced single, “Be Vegetal”, that was noticed by Dave Allison of US indie label Custom Made Music and featured in the compilation CMM Summer Sampler.

Their first album’s lead single “Hipgnosis” was featured in REVOLUTION – The Shoegaze Revival, a massive international compilation that was released in 2015 via Raphalite Records (UK/Canada) and Gerpfast Kolektif (Indonesia).

The band supported their first album Out Of Your Ego extensively with a tour that also reached the US, with gigs in New York, Boston, Philadelphia, and other cities of the East Coast.

They also contributed to the compilations Rock Back For Nepal Vol. I (2015) and Rock Back: Stronger Than The Storm (2017), both issued by via Philadelphia based label Patetico Recordings, and to The Blog That Celebrates Itself’s tributes to Echo & The Bunnymen (Gods Will Be Gods, 2016) and Slowdive (Just For A Life, 2017).

On the 19th of May 2017, CLUSTERSUN released the sophomore album Surfacing To Breathe, again via Seahorse Recordings, with singles Raw Nerve and Lonely Moon receiving up to 40k views on YouTube.

Avalanche departs from dreamy shoegaze, reaching at high speed desertic and acid sideways. Dark and shiny, disturbing and glorious, straightforward and ambitious, it’s an album that will fit well in a playlist featuring The Black Angels, The Lucid Dream, The (early) Telescopes, Dead Skeletons. The mix and mastering have been in charge of James Aparicio, a real scene’s guru, thanks to his work for The Cult Of Dom Keller, Dead Vibrations, Piatcions / Throw Down Bones, Rev Rev Rev.

Avalanche was released on May 20th, 2021 by Little Cloud Recs (US) and Icy Cold Recs (FR). The album was issued on vinyl via 300 copies limited edition translucent red with rainbow splatter, cd digipack, digital. Artwork is a painting by Marco Baldassarri (Sonic Jesus), made for the occasion and titled Avalanche too. 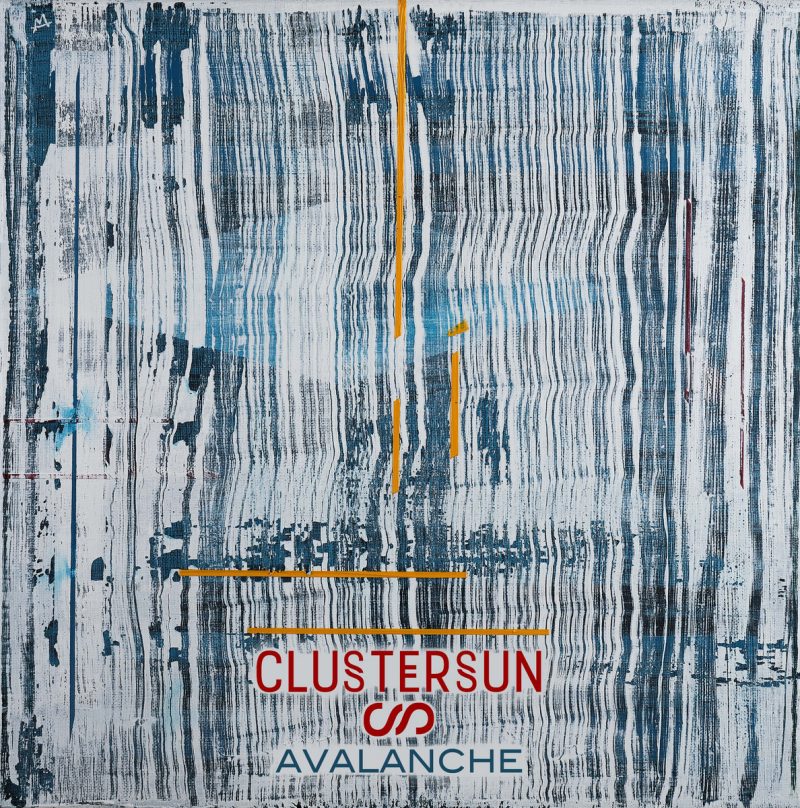