Says the band: “Playing With Armageddon is the title we chose for relaunching Evil Must Die. Re-releasing an album is unusual, but we felt it is the least we could do to give new life to a record we invested a lot of time, money, and passion in. We wish to leave behind a year everyone wants to forget and to re-release Evil Must Die, symbolically, at the very start of 2021.

“So here we are again, trying to give you the best of ourselves. We have prepared a special edition aimed at what we miss the most: the live shows, where the whole presentation and production are totally different to a studio album, giving the songs new life. An exciting, new way to enjoy the band.

“After months of writing new music, as we progress into a new stage of the band’s life, we are ready to release a first sample of our next album. This new song will be a part of a the limited Playing With Armageddon digipack, an extension of Evil Must Die, which will feature the following track list.” 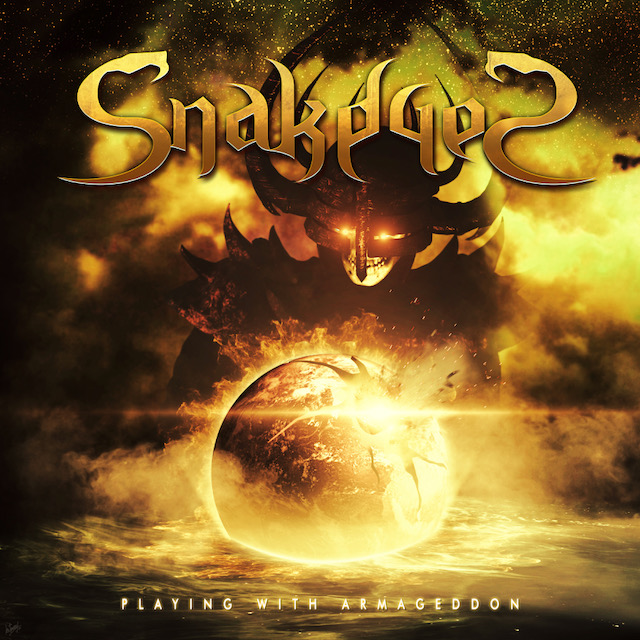 Pre-orders for the Playing With Armageddon limited-edition pack, as well all the band’s CDs, t-shirts and other merchandise, are available on their website, here. As a bonus, all pre-orders will include a free poster and a gift postcard.

As first single of this release you can watch “Evolution” below, a preview of the band’s live performance in Seville, during their Metal MonsTour 2018. The complete concert will be streamed Saturday, January 2, 2021, at 8 PM, CET via the band’s YouTube channel.