Clone Culture’s former frontman Stefano Castelli has branched out with a fascinating new solo project, Castelli. His debut, Castelli, was released in June via Discipline Records. In the early months of 2021, Castelli released two unreleased singles, the first of which was 1984 (with Italian new wave icon Garbo). The latest offering from Castelli is the profound Chiusi, which means “closed” in Italian. Mixing 80s inspired synth-pop and new wave with hints of classic songwriting, the outfit is a one-man operation with assistance from producer Luca Urbani (Soerba, Garbo, Fluon). Most noteworthy is the fact the track is sung in his native Italian, bringing forth an authenticity through language and easy expression.

Castelli describes the song and accompanying found-footage-laden video as “an oneiric 20th-century throwback representing the feelings of living together in a 24/7 forced cohabitation, from childhood reminiscences to a 60s party and a flight to the outer space, all combined with a playful sad synth-pop.” The video harkens back to two specific eras: the Atomic Age, and the “80s does 50s” postmodern collage aesthetic reminiscent of Peter Gabriel and The Vels.

“I started writing songs right before the pandemic and I started with my iPad in my bed. At the beginning it was just random ideas, then naturally they started becoming a bit more structured. I shared them with my friend Luca Urbani. Luca liked them and he suggested I change my mumbling English and start writing in Italian. I accepted the challenge…it’s about energetic synth-pop / new wave tracks with Italian lyrics. A combination of my post-punk attitude with my passion about 80s pop and disco with a songwriting touch, for sad dancers.”

Thanks to his previous experiences (Nerd Follia, the Phonograph, Nails & Castles, Clone Culture), Castelli had the pleasure of sharing the stage with: Metronomy, She Past Away, Kap Bambino, CJ Ramone, 2Many Djs, Shitdisco, Architecture in Helsinki, Porches, The Go! Team, Giuda, Planet Funk, Etienne De Crecy, Il Teatro degli Orrori, Ministri, Motel Connection and others. 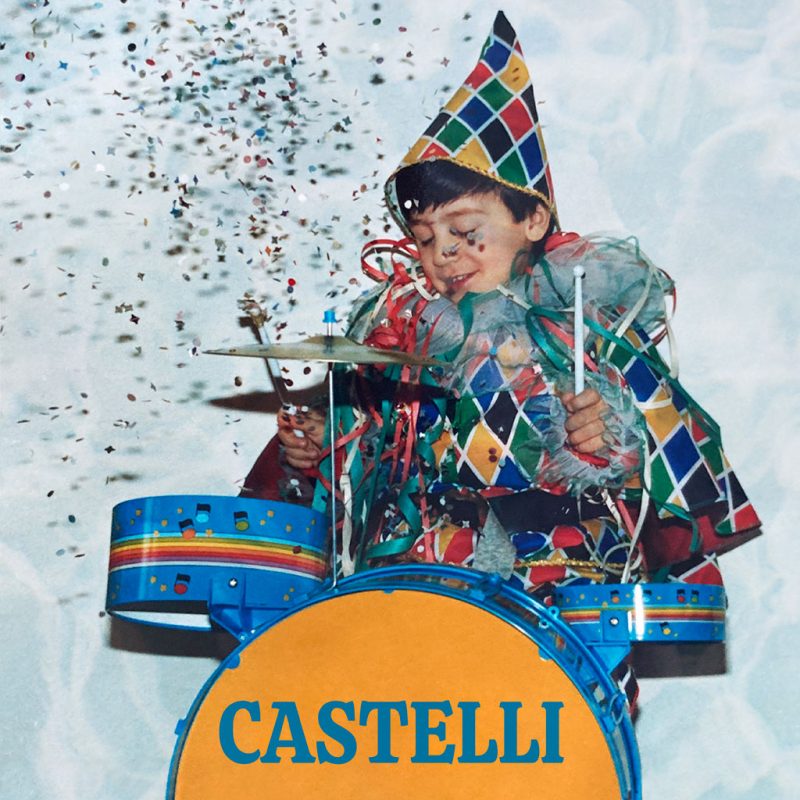