Florida’s The Electric Mud return on Sept. 25 with the independently-issued Black Wool EP, pairing two original tracks with two fairly bold covers. At four songs and 24 minutes, with its makeup what it is, Black Wool is squarely in the EP category; a quick showcase of where the band’s at rather than a full-length follow-up to 2020’s sophomore LP, Burn the Ships (review here), which came out through Small Stone and Kozmik Artifactz. The Fort Myers four-piece did well with that significant backing, and with a tour upcoming (!), Black Wool should sit nicely alongside on any number of merch tables as they head out from the desantis-infested swamps and coastlines of their home state and as far outward as Wisconsin on a two-week run. Have fun out there, kids. Everybody be safe.

The Electric Mud is guitarists Constantine Grim and Peter Kolter (the latter also vocals), bassist Tommy Scott and drummer Pierson Whicker, and across “Ordinary Men,” “Black Wool,” “Albatross” (premiering below) and “Whipping Post,” they offer Southern heavy rock tied to traditional songwriting, no shortage of twang, and a flourish of modern heavy in the guitar work. Scott and Whicker, on the originals as well as the covers of Corrosion of Conformity and The Allman Brothers Band — which both feel like they’re probably sacred ground to the band The Electric Mud have become since making their 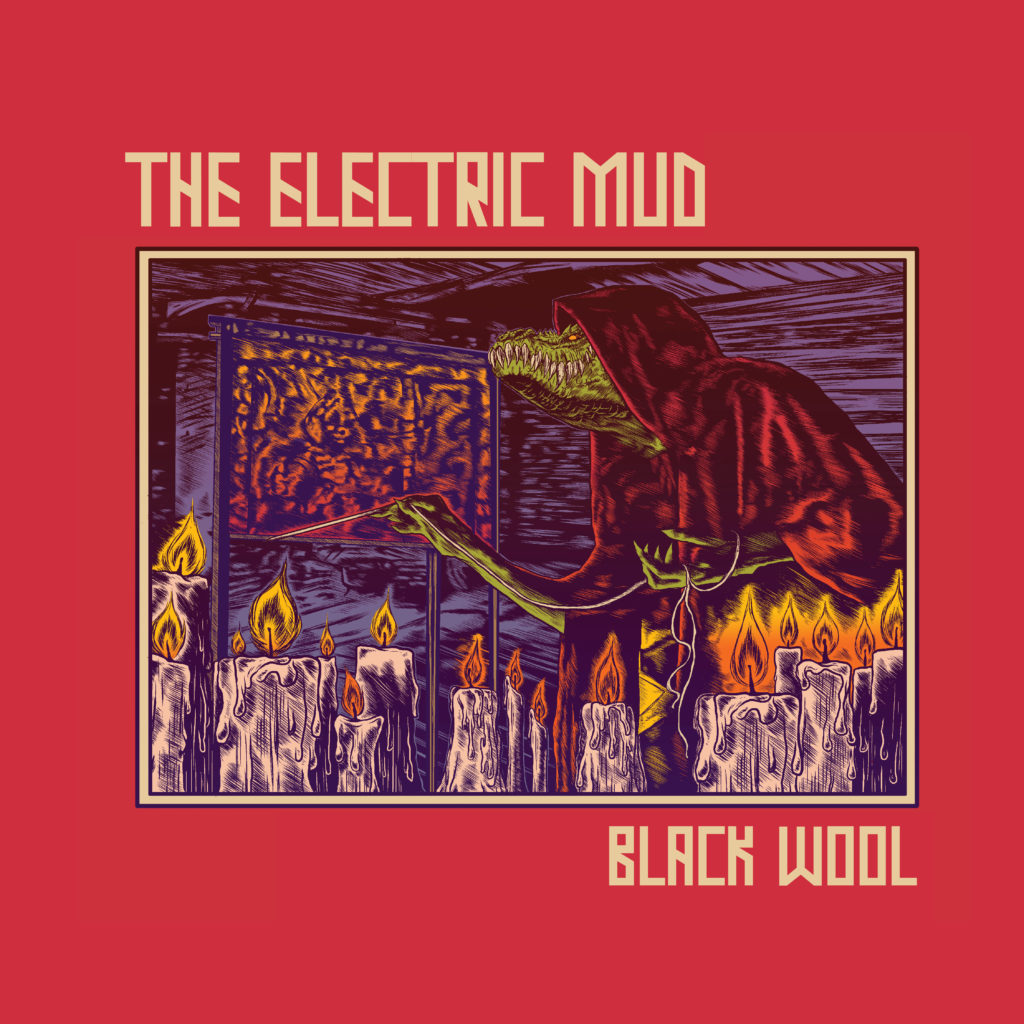 debut 2018’s Bull Gator — are solid from the word go, as “Ordinary Men” starts out with the bassline bouncing and snare popping beneath deceptively intricate riffwork. They’re in the first verse quick and the tension runs high, but the chorus is here for it and so is the guitar-forward winding finish, and Kolter‘s gruff vocal delivery is in control the entire time.

The title-track, which follows directly, could be a country song if you replaced the fuzz with… whatever they make country songs with these days. Nonetheless, the ‘Southern’ runs heavy in ‘Southern heavy,’ and shortly before they’re halfway through the song’s total seven minutes, they break into a different movement that branches out instrumentally led by the two guitars. The band have talked about Black Wool as being their most progressive work yet, and in “Ordinary Men” and “Black Wool,” those instrumental pushes are where it’s most evident. “Black Wool” jams its way back to a play on its central line with standalone guitar, somewhere out there in the cool evening alongside Clutch‘s “The Regulator” staring at an open field at dusk. You know how it goes.

As for the covers, well, they’re classics. The Allman Brothers Band helped invent Southern rock and Deliverance-era C.O.C. almost singlehandedly made it heavy. The Electric Mud‘s reverence for both is plain, and likewise their desire to make the songs their own, which they do tonally as well as in Kolter‘s vocals. “Whipping Post,” like “Black Wool,” is longer and provides more room for the band to branch out and jam, but Whicker gives Reed Mullin his due on “Albatross” as one would hope, and the last shove captures the building urgency of the original well. They finish with the Allmans though, because if you’re going to play that song, it’s probably best practice to put it last. And it works there, with its hook offset by the over-the-top guitar shenanigans that have inspired multiple generations toward their own interpretations of shred.

For a quick outing to coincide with a tour through this plague-addled land, Black Wool brings persona and craft together in a way that answers the prior LP and hints at forward movement without spoiling that still-never-been-played-out offering. If I saw the CD on a merch table, it’d be an easy pickup.

Captured at Farmadelica Sound in Bokeelia, Florida with tracking, mixing, and mastering done by Howard Wulkan, the EP represents a heavier and proggier turn for the band with a pair of new, original tracks as well as and an homage to the seedy, sordid Sunshine State bar circuit where they cut their teeth with covers of Corrosion Of Conformity and The Allman Brothers Band.

THE ELECTRIC MUD’s Black Wool will be released independently on CD and digitally. Find preorders at THIS LOCATION and additional merch options HERE: https://theelectricmudofficial.bandcamp.com/album/black-wool-ep

In conjunction with the release of Black Wool, THE ELECTRIC MUD will kick off a near-two week run of live dates beginning September 25th in Cape Coral, Florida. See all confirmed dates below.

The Electric Mud on Bandcamp