Perth, Western Australia’s Apollo80 release their debut full-length, Beautiful Beautiful Desolation, on June 18 through Sound Effect Records and Kozmik Artifactz. The six-track/40-minute outing brings underlying symmetry to its spacious and spaced-out and spacey did I mention space-space-space heavy vibage, its intro and outro and four circa-nine-minute pieces melding and folding into each other in one resounding “holy crap” of a morass, but staying fluid and moving forward as well — thank you very much Shane on drums for that.

From the blanket of drone that rises to consume much of side A’s addled, headphone-ready “Terolgedo King” and “Like Men…/Corpse 65” to the crash and landmark-for-your-melting-brain riffly nod of pre-outro capper “Lung Beers,” the three-piece follow-up their suitably exclamatory 2018 debut EP, Lizard! Lizard! Lizard! (review here), with a rampage through multi-dimensional distortion and chrono-triggered heft. It’s like meeting someone on the street who comes up to you and goes, “Hey, you like Carl Sagan?” Fucking a right.

The roiling and shimmering starts with “Intro,” a line of synth casting a cinematic foreboding over the oops-there-it-goes procession forward, bringing just enough hypnosis to the feedback snap and ensuing lurch riff that begins “Teroldego King” is a 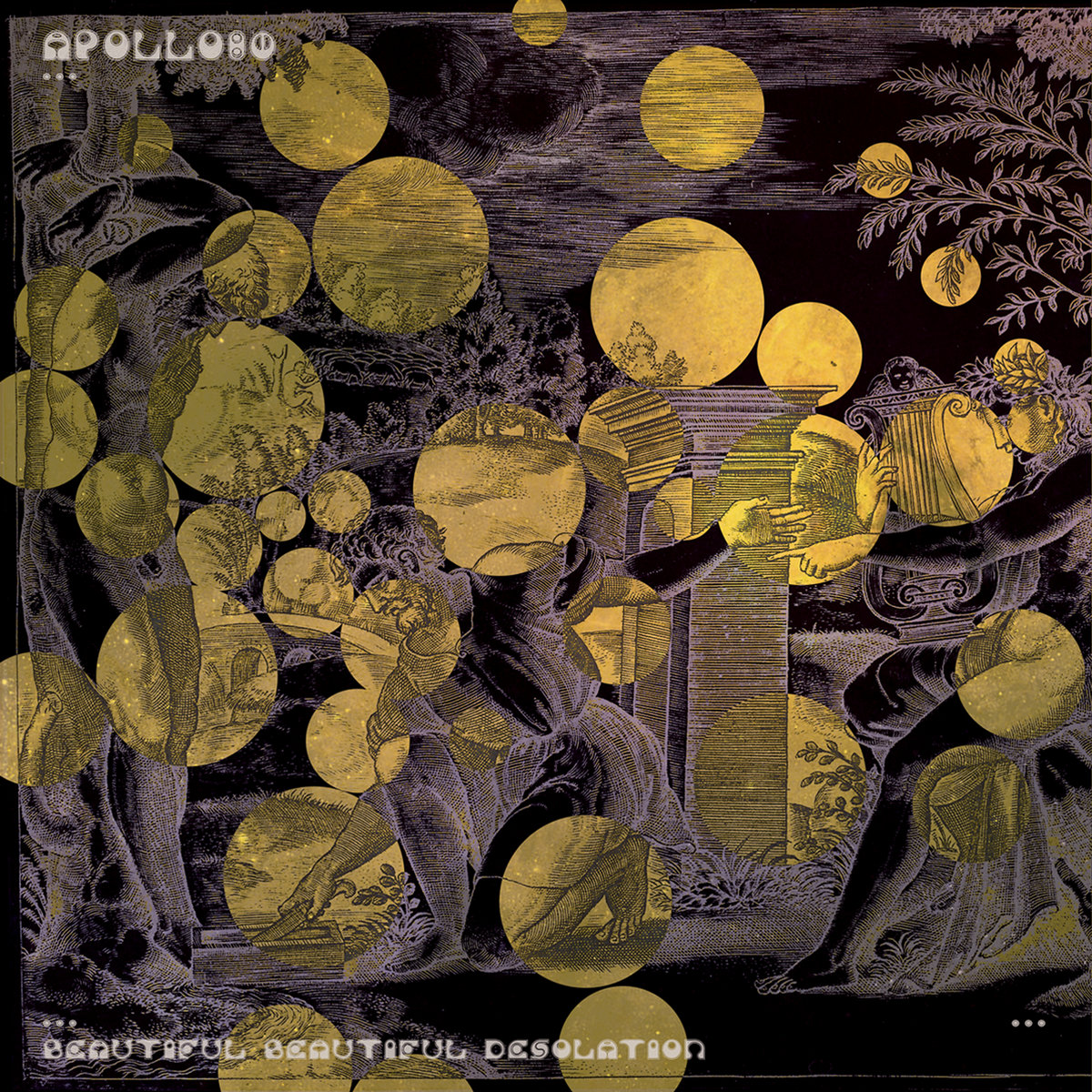 shocker. Apollo80 — Shane, Luke on guitar and Brano on bass, with one or more of them taking on intermittent vocal duties — revel in the breadth. “Teroldego King” unfolds in massive form like the garbled transmission from a planet of sentient portiids, but cuts to a quiet movement in its second half, vocals coming in and going like were they real anyhow while the guitar noodles out over echoey rimshots.

They bring it back, of course, but in going so low, they make the high that much higher, and the final rumbles and crashes feel all the more affecting for it. If you can dig that, the megadrone-into-megaspace of “Like Men…/Corpse 65” is the stuff of your more chaotic dreams — the kind of shit that makes me want to leave hte typos in because screw it we’re all gonna burn anyway what’s the difference. But we’re here now, so put on headphones and dig that bass.

“Black of the White” throws out its hi-hat-propelled motion like a life-preserver into a sea of Jupiterian gas storms, and holds to it until it becomes jazz, the drums shifting after four minutes in as things start to go haywire. Vocals are treated, a mean poetry reading set to so much echo they’re barely recognizable, but the clamor fits, and the dropout-into-drop-on-your-head that ensues may be telegraphed but is no less a joy for that. Time outside (everything) is time well spent. Heavy. Psych. Tell your friends.

And while you’ve got their attention, let ’em know “Lung Beers” sent you. Stoner paean it may or may not be, but it’s a righteous preach to the converted either way, cutting as did “Teroldego King” — more of that symmetry noted earlier; a masterplan at work? — before embarking on the record’s last freakout, the guitar stripping away from the rest of the ship and embracing vacuum. In space, apparently you can still hear the shred. So be it. Weirdo Sap-style acoustic guitar reaps the aftermath in “Until the Sails Are on Fire,” maybe looped, maybe not, but as Apollo80 roll credits on their preliminary feature-length excursion, they do so having touched off a bouncing cavalcade of prime-directive-violating contact, rounding off squares where they stand and telling kids about enough new gods to get themselves thrown in jail.

Think you can jive? Well, jive to “Black of the White” on the player below. Go on. Make friends.

Apollo80 are doing it again! After the striking debut in 2019 the Western Australian trio is back with a new chapter of heavy-riffing exploration in the low frequencies universe. The main ingredients for the space cake are unchanged, but this new work explores a darker space with an extended use of drone atmospheres, groovy tempos and sporadic synth and vocal inserts. Beautiful, Beautiful Desolation is the title of what is going to be their first full-length and is promising to please the fans of Melvins, Earth, Toner Low and whoever aims to soak their brain in a bath of distorted frequencies.

While the intro seems to continue the space-rock voyage of their previous EP, the opening riff clears immediately the path for a heavier trip that reaches the deepest point with the feedbacks and drones of the Earth-ian Like Men Gone at Sea. Side B is a surprise again and introduces synth layers and distorted vocals that are totally new for the Perth trio, but then they close with what they do best. 90s-inspired slow riffs and a long psychedelic interlude of the banger Lungbeers carry the listener to the end of this 40+ mins work that will be brought on the streets by the joined efforts of Sound Effect Records and Kozmik Artifactz. The two veteran labels will be releasing 500 copies in black, colored and special edition vinyl and CD, including, for the first time ever, their “Lizard Lizard Lizard” vinyl-only EP!