Newcomer trio Kadabra make their debut on Sept. 17 with Ultra, on Heavy Psych Sounds. The Spokane, Washington — not actively burning at the moment but maybe blanketed in not-the-good-kind smoke? — unit of course bear some moniker resemblance to Kadavar, and hey, that’s fine, but if we’re talking early ’10s heavy as comparison points Ultra vibes way more like first-record-era Mars Red Sky and Asteroid jamming in a massive temple carved out of an underground cavern, and if you can’t get down with that, you need to move on with your life. Comprised of guitarist/vocalist Garrett Zanol (Blackwater Prophet, Indian Goat), bassist Ian Nelson (Bad Motivator) and drummer Chase Howard (Vanna Oh), the crux of Kadabra lies in the blend of tonal weight, melodic float and hazy atmosphere, but that doesn’t mean Ultra centerpiece/highlight hook “Bean King” doesn’t move or that closer “Settle Me” (video premiering below) can’t reinvent “The Zoo” by Scorpions into a languid flow while the band stands around and maybe has a smoke in the clip. Have vibe, will travel hopefully travel when the restrictions lift. You get a seven-track/44-minute showing on Ultra, howling and nodding from the outset on “Graveyard,” but not dumb, not retread and not just riffs. There’s melody here, and depth, and roll. It won’t be unfamiliar to many who take it on, but hell’s bells it’s a good time.

“Graveyard” begins the procession of heavy chill hitting its stride in shimmering melody at its midpoint before tapping the wah and making it count and shifting into an airier jam underscored by Nelson‘s bass. If that’s gonna be a pattern, right on. Both “Faded Black” 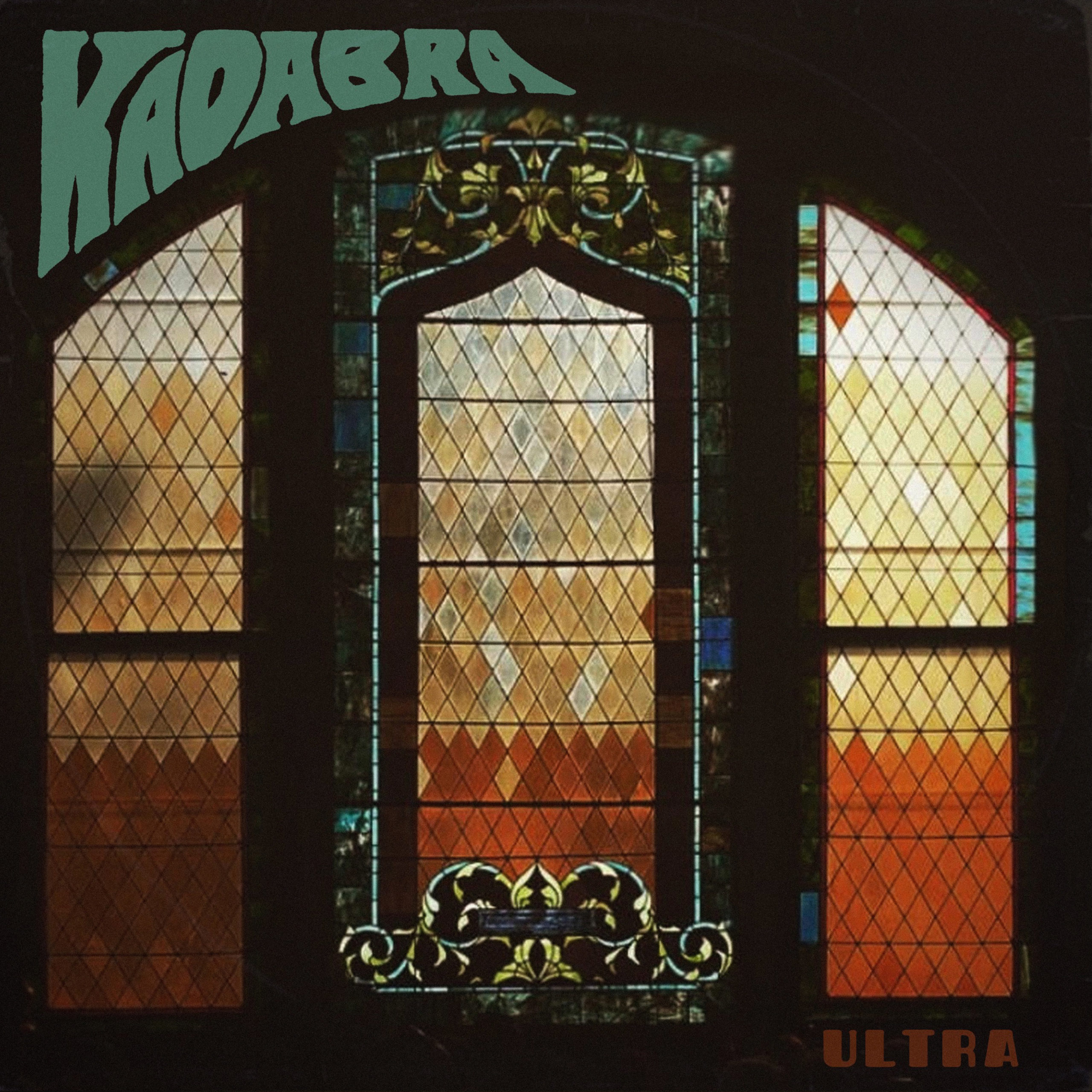 and “Eagle 20’s,” which follow immediately, top seven minutes, and the former unfolds mellow and languid enough to single-handedly justify the PR wire’s comparison to Dead Meadow below, but there’s more than sleepy sungazing going on too as it trips out, grounded by its heft but still psychedelic, picking up speed late and feedbacking into a fade ahead of the companionably bright start of “Eagle 20’s.” The momentum from the finish of “Faded Black” is held up, but the abiding spirit is still liquefied, the boogie warm as “Eagle 20’s” stretches out over the 7:47 that makes it the longest track on Ultra and the assumed cap for side A, a showcase for Howard on drums, and the warmth in the sounds there, as well as Zanol‘s repeated lines, but really a whole-band feel, since Nelson‘s low end is a steady presence. The aforementioned “Bean King,” then, (presumably) opens side B, with vocals in layers and a post-Sleep cadence recounting stonerized narrative over insistent start-stop heavy push in the verse, a straightforward structure playing well to make it a quirky highlight, veering off for a solo, coming back around, playful and heavy in kind.

The plunge has been taken, the vibe set by the early subdued pacing, and so as “Death” builds on the starts and stops of “Bean King” with a meatier stomp, bringing that noted Asteroidian melody to the fore, Kadabra have already won. Penultimate cut “Coyote” offers due spaciousness and a kick of swagger, some shuffle in answer to its open verse lines, and goes psych in its layered solo later, straightening out for a clean-then-noisy finish that emphasizes the point of side B of Ultra as a victory lap. It’s ineresting that the band notes below “Settle Me” was the last song they wrote for the record. It’s the richest in terms of harmony, and it carries that swing and swagger of “Coyote” before it. It’s abundantly clear Kadabra wrote it after they had a good idea of what they were doing — and also after they decided what they were doing was some hot shit, which, granted, it is — and it ties together the relaxed groove of the first half of the record with the speedier push of the second, wrapping the whole thing around a mega-fuzz guitar line that, again, kind of brings Scorps to mind, and in no way is that a complaint. They fade out at the end, and stay that way — part of me was hoping it was a false ending; would be classic — and the message sent is received: more to come. Here’s hoping, anyhow.

Easily digable for the converted, and one of the best debuts I’ve heard this year — a lot of killer first records in 2021; here’s to pandemic productivity — Kadabra shouldn’t be tossed off because their name reminds you of someone else, and among the ever-packed roster of Heavy Psych Sounds, they legitimately bring something of their own to the label and to the style of molten riffery they play. Can you get to this? Yes, and you should. If you want a bottom line, that’s it.

Kadabra on “Settle Me”:

“Settle Me” is the last song we wrote for the album ULTRA. The song rides the steady swampy flow of psychedelia while racing into a heavy, fuzzed turbulence.

Settle Me is the second single taken from the KADABRA debut album ULTRA.

The release will see the light September 17th via Heavy Psych Sounds.

Kadabra from Spokane, Washington U.S., delivers the eerie psyche crawl of acts like Dead Meadow and the heavy fuzzed riff grime of Black Sabbath. In fall the of 2020, they tracked their debut album with Dawson Scholz, and it is set to release this fall on Heavy Psych Sounds Records.

Written throughout the 2020 global pandemic, Kadabra’s debut album “Ultra” presents an aesthetic that nears that “classic rock” charm and energy. The group has meshed together the droned flow of psychedelic clamor with an abrasive fuzzed riff drive. In the fall of 2020, they tracked “Ultra” with a friend, Dawson Scholz, and it is set to release this fall on Heavy Psych Sounds Records.