Today’s announcement is highlighted by the release of brand new track and accompanying music video, “Get In The Ring” which was written for AEW pro-wrestling star Erick Redbeard, who also stars in the music video. Stream the track HERE and watch the video HERE.

“Overall ‘The Great Heathen Army’ is one of the heavier albums we’ve made. There are some dark and heavy songs that are really powerful and in-your-face, but we obviously have some trademark melodic Amon Amarth songs on there as well, and a few surprises too. It’s a really well-balanced album. It sounds great. Andy Sneap is awesome. It was great to be able to work with him again.“

“We’ve been away making new music and we’re back with new darker, more death-metal sounding album. If ‘Berserker’ was our ‘heavy metal’ album, then ‘The Great Heathen Army’ is our ‘death metal’ album. But with that said, it’s still very much contemporary Amon Amarth, but perhaps style-wise we have gone back to our roots a little bit.“

On the release of new single “Get In The Ring“, Mikkonen continues:

“I really like ‘Get In The Ring’ which was written for our friend Erick Redbeard the pro wrestler as an ‘entrance’ song for him. The lyrics are obviously written to fit both Viking and wrestling themes, and you can also see Erick as the lead character in the new video for the song. We shot the video in Wroclaw, Poland with our friends Grupa 13 and they helped us create this dark and epic Mad Max meets Viking underground super brutal fight club for the video clip.“ 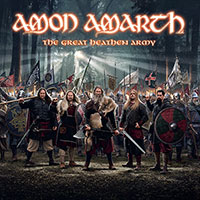 One of the best-loved metal bands in the world, AMON AMARTH are firmly dedicated to aiming high when they hit the studio. Recorded with esteemed studio guru Andy Sneap at the controls, ‘The Great Heathen Army‘ represents another bold leap forward for the band, as their trademark sound undergoes yet another skilful, evolutionary overhaul, both lyrically and musically. From the noisily rabble-rousing “Find A Way Or Make One” and the pummelling, pugilistic “Get In The Ring“, to the evocative fury of “Saxons & Vikings” and the cinematic squall of the title track, ‘The Great Heathen Army‘ encapsulates the essence of this legendary band, while still allowing acres of space for new ideas.

Album pre-orders are available now from metalblade.com/amonamarth and feature a host of exclusive vinyl variants and must-have merch items for any self-respecting AMON AMARTH fan. 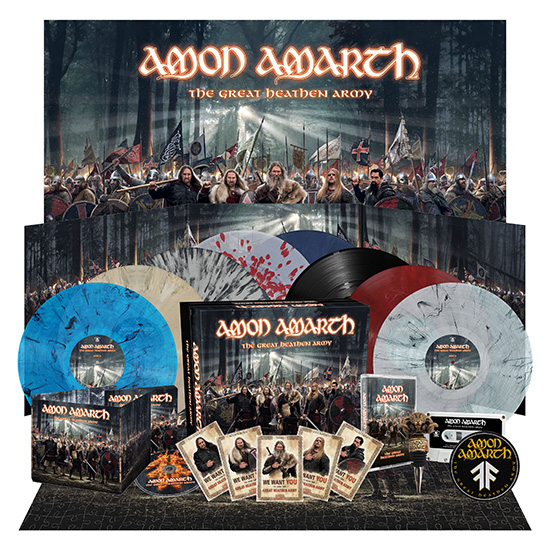 Armed with their 12th and arguably finest album to date, AMON AMARTH are poised to return to full action with a bloody, broadsword-wielding vengeance. The release of ‘The Great Heathen Army‘ will kick-start another relentless global campaign, commencing with a co-headlining tour of Europe alongside Machine Head and fellow countrymen The Halo Effect. Still ruthlessly devoted to the ways of the warrior, AMON AMARTH have Odin’s wind in their sails like never before. For tickets and further information head to AmonAmarth.com. Full dates listed below. 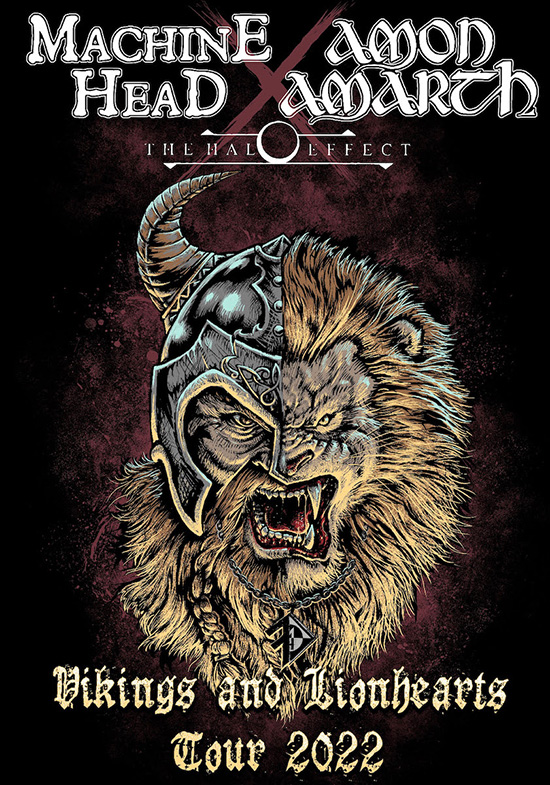 About Amon Amarth
From pole to pole and sea to sea, AMON AMARTH are undisputed kings of Viking heavy metal. Formed in Tumba, Sweden, in 1992, they have forged an extraordinary legacy over three decades of thunderous, anthemic metal, all rich in the magical imagery of Viking history, folklore and culture.

From their underground smash debut ‘Once Sent From The Golden Hall‘ (1998) onwards, Amon Amarth have been an unstoppable creative force. With a unique and unmistakable sound that combines the best of several epic strains of metal, the quintet have become renowned for their ageless anthems and explosive, theatrical live shows. Albums like 2008′s widely acclaimed ‘Twilight Of The Thunder God‘ and 2016′s conceptual triumph ‘Jomsviking‘, the Swedes have been consistent standard bearers for heavy metal as a life-affirming and communal experience, armed with a seemingly endless stream of instant classic songs.

Now reaping the rewards of all those years of hard work, AMON AMARTH are now regarded as one of the metal world’s most vital and imperious live acts. From headlining festivals across Europe to claiming a place on Slayer‘s final tour of the US in 2019, they have honoured the adventurous ethos of their Viking forebears by taking their music anywhere and everywhere.

Unfortunately, as the world ground to a halt early in 2020, AMON AMARTH were in the midst of a wildly successful world tour in support of their most recent album, Berserker. Disappointed but unbowed, the band decided instead to forge a new creative path, resulting in their most crushing and heroic full-length album to date, “The Great Heathen Army“.