March Of The Saint, Delirious Nomad, Raising Fear Set For Release April 15th
On Tour With W.A.S.P. This Fall

Surviving a career spanning four decades, ARMORED SAINT has delivered their brand of uncompromising and passionate metal with charging guitar leads and a propulsive rhythm section with valiance. Today, the Los Angeles veterans have announced plans to release three of their out-of-print classic titles – 1984′s March Of The Saint, 1985′s Delirious Nomad, and 1987′s Raising Fear (which includes the previously unreleased track “Crisis Of Life” for the first time on vinyl). Originally released on Chrysalis Records, ARMORED SAINT returned to their label home of Metal Blade Records (which released their debut EP in 1983) to finally give these highly sought-after albums a proper vinyl release.

Pre-Orders for all three albums are available today and include various merch designs:
US: indiemerch.com
EU: de.kingsroadmerch.com
UK: eyesoremerch.com
metalblade.com/armoredsaint

“What better way to acknowledge the 40th anniversary of ARMORED SAINT’s first shows ever than to re-release the first three albums that came out on Chrysalis Records, now on Metal Blade records,” says vocalist John Bush. “With new liner notes and never-before-seen photo’s, these albums will keep you entertained for all of 2022!“

“I’m grateful for and love each and every fan that has been with us from the start (Armored Saint Hooligans) as well as the new generation of fans throughout our planet!” utters drummer Gonzo Sandoval, while guitarist Jeff Duncan states, “These are the albums that put the band on the map. It’s truly awesome to be celebrating 40 years of ARMORED SAINT!“

Founding guitarist Phil Sandoval adds, “To fans all around the world, I want to say thank you and I hope that you enjoy these albums again. Throughout our 40 years we’ve had our trials and tribulations, but the one thing that has stood above all else is the music and the fans. And with that said, ARMORED SAINT salutes you with these reissues!“

“Hats off to all of our fans for helping us celebrate 40 years as a band, for without them, we would not have all of this history to celebrate in the first place!” exclaims bassist Joey Vera. “We’re very proud of our entire catalog but these first 3 records that originally came out on Chrysalis records is where it all started. These records have not been available on vinyl for quite some time so we hope you all enjoy these special edition versions of our first three records.“

All three classic albums will be released on CD digi-booklet and multi-colored limited-edition vinyl variants below.

In 2020, ARMORED SAINT released Punching The Sky (called ‘unmistakably awesome‘ by Decibel Magazine), followed by Symbol Of Salvation Live (2021), which celebrated that albums 30 year anniversary. Fans can once again witness the sheer energy brought on that only ARMORED SAINT brings to the stage, as the band hits the road with former roadmates WASP starting in Las Vegas on October 28th. Michael Schenker appears on select dates with multiple shows already sold out.

“ARMORED SAINT is totally pumped to be the special guest on the upcoming 40th Anniversary Tour of WASP,” says Bush. “This tour will take us back to our fond memories of sharing the stage together with WASP at the Troubadour in Hollywood where it all began in 1982. We’re also excited to be playing tunes from our last record, Punching The Sky, since we haven’t done any shows since its release in 2020. ‘Old schoolers,’ I EXPECT you there! ‘New schoolers,’ we WANT you there! Gonna be a blast!!“ 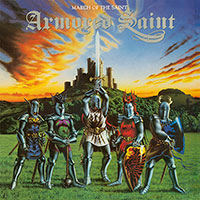 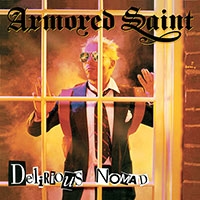 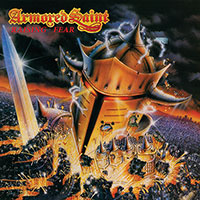