Today, Big Thief announce a late-2021 North American tour. In conjunction, they release Big Thief – Live at The Bunker Studio, as well as video footage of all the songs. The bulk of these recordings are culled from 2019’s widely praised Two Hands and U.F.O.F., additionally including ‘Black Diamonds’ from their earlier album Capacity. Directed by Marisa Gesualdi in November 2019, this collection was originally previewed with live videos of ‘Not’ and ‘Cattails’, but now the whole session is available to listen to and view. Big Thief’s concerts have long been raved about, and the ‘Shoulders’ performance offers a look into their magical chemistry.

+ Buy tickets for the tour here + 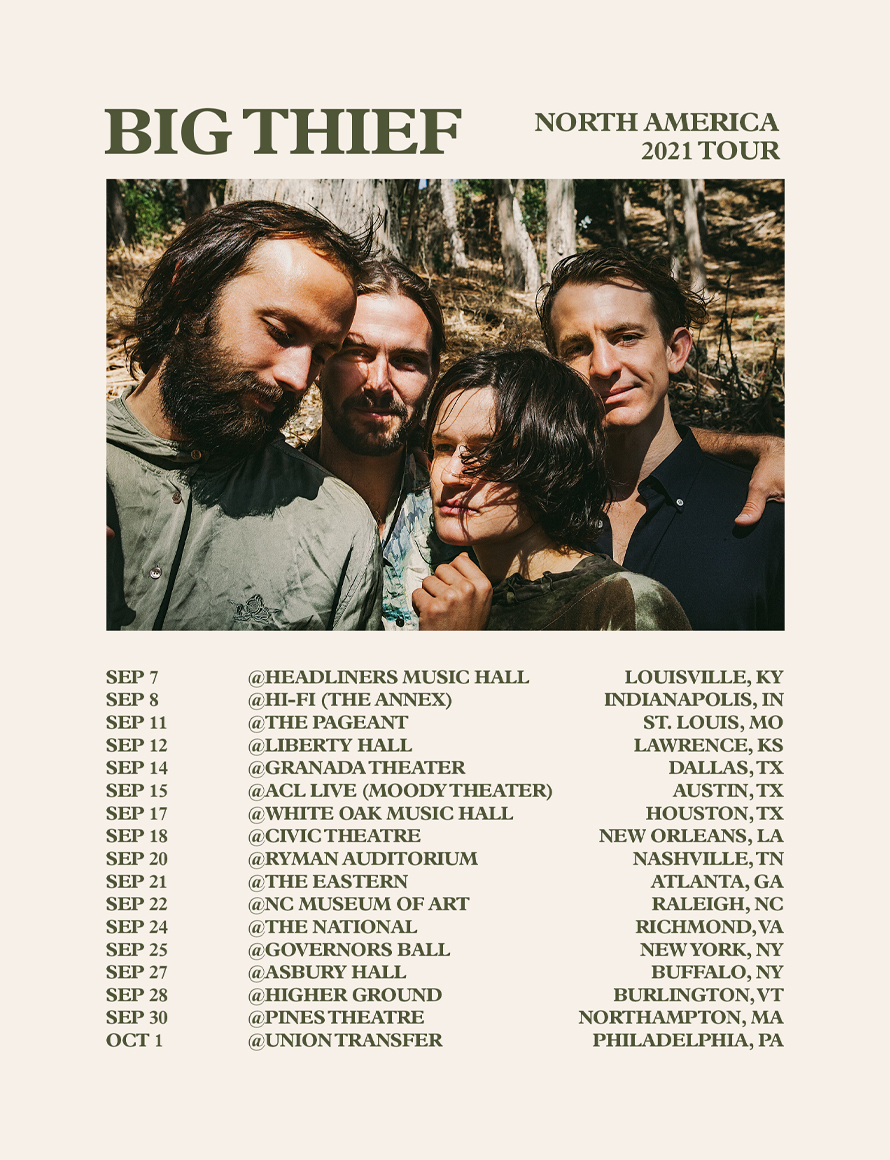 SCHYSMA: Drop The Lyric Video For ‘Romances For Weak Minded’