Helado Negro has announced his new album Far In which will be released on October 22 via 4AD.

The album’s lead single ‘Gemini And Leo’ was premiered earlier today on the tastemaker KCRW radio show “Morning Becomes Eclectic” in Los Angeles.  The song is accompanied by an animated music video directed by Jacob Escobedo.

+ Stream ‘Gemini and Leo’ here +
+ The first LP pre-orders of Far In from the 4AD Store will receive a limited print signed by Helado Negro +
+ Pre-save/pre-order the album, released 22nd October, on all formats here +

Far In is Helado Negro’s first album on 4AD and the seventh full-length album in his catalog.  It follows his breakthrough release This Is How You Smile which was spotlighted as Pitchfork‘s #7 “Best Album of 2019.”

When Roberto Carlos Lange, the musician known as Helado Negro, began writing Far In immediately following the release of This is How You Smile, he could not have predicted that we would soon need to learn how to stay at home and be the stars of our domestic dance floors with intimates and online communities.  In the new single ‘Gemini and Leo’, the titular pair stay indoors to discover each other anew with music recalling Roberto’s youth growing up in South Florida listening to 80s club songs, and their return sampled in 90s hip hop.  Visions past and future meet in a euphoria of uptempo drums, Jen Wasner’s (Flock of Dimes) funky bass line, and Opal Hoyt’s (Zenizen) galactic swirl of warm and steely synths and bright backing vocals.

Roberto and his partner, the visual artist Kristi Sword, had planned to visit Marfa, Texas for an early 2020 residency to work on their collaborative project ‘Kite Symphony.‘  Once the pandemic hit, they decided to stay in Marfa through the summer, inspiring Roberto to write a significant amount of songs on the upcoming album. He wrote the new song ‘Agosto’ with his thoughts on the humid atmosphere of his hometown where flower petals and fruit fall and sweetly decay on concrete.  The song features his longtime friends Buscabulla, no strangers to the melancholy pull of home in a Caribbean climate. 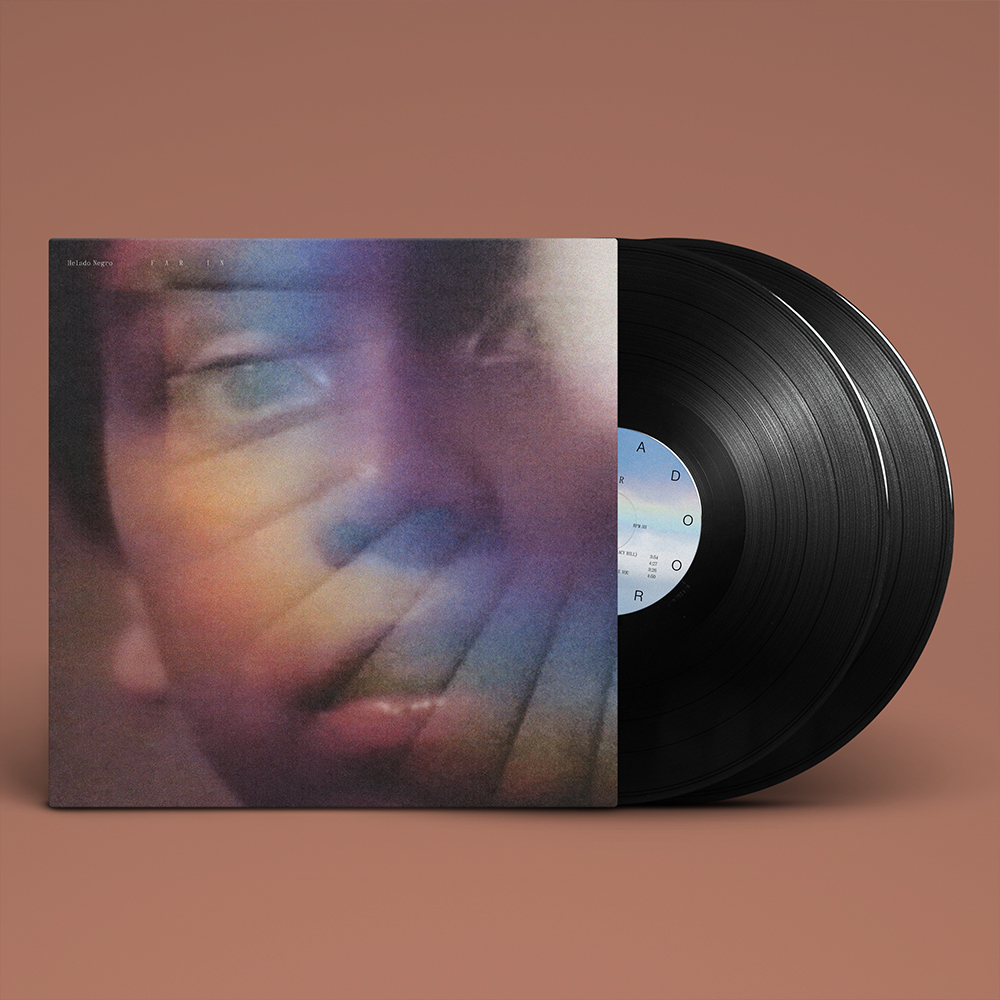 Throughout Roberto’s career, imagined beings, ghosts and haunted machines appear in sci-fi stories and his own conjurings.  These tales make themselves at home amongst narratives that invigorate community and solidarity.  His songs ‘it’s My Brown Skin’ (2016) and ‘Please Won’t Please’ (2019) assert an affirmation of Latinx identity through recurring images of brown glowing complexion, a perception that is rooted as much in a spiritual consciousness of resilience and protection, as a physical experience.  On the new album Far In, Roberto says he “celebrates the ghosts,” embracing pleasure and freedom to follow the metaphysical further; the glow appears without words in new song ‘Brown Fluorescence’ – a minimal arrangement of layered, ethereal, vocal loops.  He sings ‘We grow younger to stay strong,” on ‘Purple Tones’ with the playful bells of steel pan drums and reveling in the creative time-space of twilight and dusk, waking dreams, and transit, the self-dispersing nowhere and anywhere, but the touch of hair maintains an earthly connection to who you are and what you care about.

Driving back to Brooklyn in the fall inspired by his work in the desert, Roberto auspiciously purchased a Rhodes from a friend who 20 years earlier gave him his first synthesizer, an Arp Odyssey 2800.  The electric piano was a catalyst that guided much of the remaining songwriting for the album. After time apart from a changed city, his base for fifteen years, ‘Hometown Dream’ and ‘Outside the Outside’,unapologetically look forward to new places and possibilities.

“Escape is never out there, you have to go inward,” Roberto reflects on developing an epic Helado Negro double album during these extraordinary times.  Heavy, pulsing, rhythms drive ‘Aureole’ through a dystopian landscape, but as he sings of endless psychological restrictions, the shimmering radiance of expanded realms bursts through.  This chiaroscuro effect suggests a path that isn’t tuning out beneath monumental forces and anxieties, but embracing the dark of the unknown with openness, pleasure, and growth.

Far In will be available digitally and on CD, standard black vinyl and Rose Quartz vinyl (Vinyl Me, Please exclusive) on 22 October. 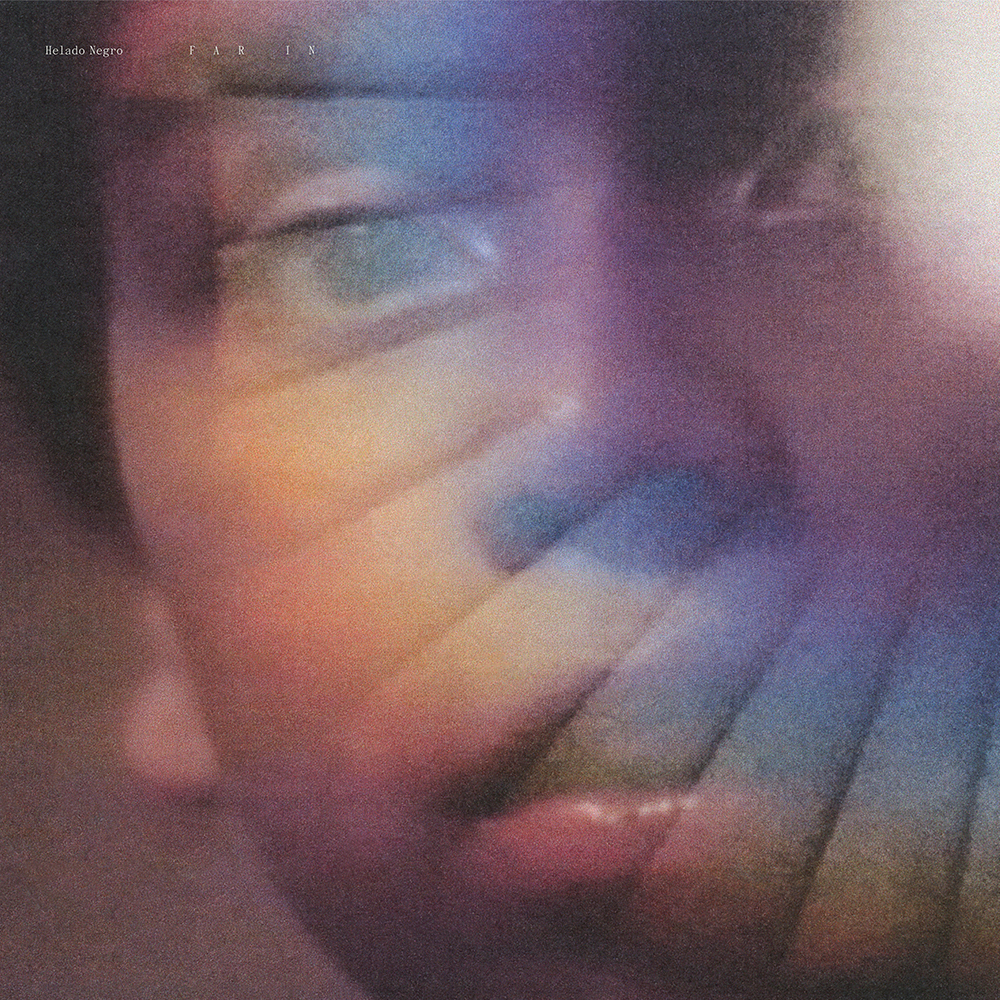 Previous articleMatt Heafy earns more money from Twitch than from streaming Trivium’s music on all other platforms combined
Next articleALBUM REVIEW: Light The Torch – You Will Be The Death Of Me