Today, Spencer. has released a second single from his forthcoming debut album, Are U Down?.

‘MyLuv’ was born from a night of smoking and playing Super Smash Bros. and is a simple ode to his girlfriend.  Spencer. says, “I made this song in the morning which is super rare for me.  I realised I didn’t have any trumpet on the album and had been picking that up again.  This is like a celebration of my love so the trumpet felt perfect for that.  Those are the same drums used on my Want U Back EP which was really fun to revisit.  ‘MyLuv’ is slowly becoming one of my favourites because of how fun it is to play and how immediate it is.”

The official video for “MyLuv” was created by Matthew Klahn and filmed in just two hours along New York’s Williamsburg Bridge.  “I think this is my favourite video I’ve made,” Spencer. writes.  “The cool thing about filming in New York is people get really excited about the camera.  I thought people were gonna hate us.”

Also detailed today, later this month Spencer. will play a headline show on the steps of Brooklyn’s iconic Central Library as part of the month-long Cinema Ephemera series.  He closes the event on August 30th. For further information head here.

‘MyLuv’ follows the release of ‘Lonely As I Ever Was’, both singles that will feature on Are U Down?, the debut full-length album from New York musician and producer Spencer Miles Abraham Allen, the brains behind Spencer.  Written, recorded and produced by Spencer. during the pandemic, its eleven songs blend R&B, hip-hop, funk, indie, pop, jazz and soul to create a sound that feels both analogue and digital, and heralds the past whilst staying firmly in the present.  Featuring 4AD labelmate Becky and the Birds (vocals on ‘After The Show’), Luke Diamond (guitars) and Jake Aron (some additional production), Spencer. has integrated neo-soul vocal fireworks, hip-hop flow and pop ambition into an album steeped in all the feels of a New York summer.

+ Pre-save Are U Down? on all digital platforms here + 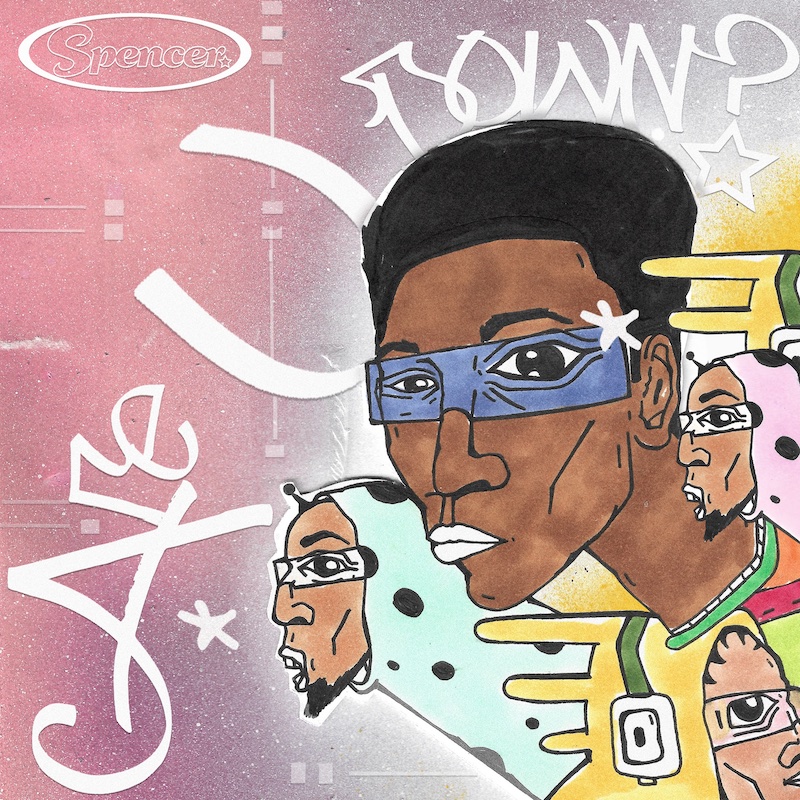 Born and raised in Rochester, NY, to chemist parents who presciently gifted him the middle name Miles (for Miles Davis), a career in music beckoned from an early age with 4-year-old Spencer. lobbying his Jamaican mother and British father for trumpet lessons in tribute to his namesake.  Rochester’s rich and underappreciated creative scene nurtured his musical skills, and he won a place on a summer jazz programme at the city’s prestigious Eastman School of Music in his teens.  A self-taught producer who has always recorded in isolation, he started self-releasing home recordings in 2018, and eventually dropped out of college when his EP Want U Back became a word-of-mouth hit.

Now transplanted to the Brooklyn neighbourhood of Bed Stuy, itself a fertile ground for creative enterprise, Spencer. is a main player in a tight knit and supportive creative community that also boasts Clairo, Snail Mail, Claud, Advisry, Binki, Cautious Clay and Triathlon amongst its burgeoning talent.

'Someone To Chill With' Video & Added EU/UK Tour Dates ...

New Single 'No Direction' Out Now ...

Previous articleREVIEW: The Most Important Punk Rock Release of 2021 – The Rebel Riot [Myanmar]
Next articleJahbulong – The Tower Of The Broken Bones [Single]