Today, in honor of the tenth anniversary of Grimes’ 4AD debut Visions, Vinyl Me, Please will make the landmark album its February Essentials Record of the Month. The record will be pressed on 180g Magenta and Green Galaxy vinyl and come with an exclusive art print and liner notes illustrated and written by Grimes herself.

“Wow, i can hear myself learning how to make music in this song. I remember doing the vocal over the drums and then randomly trying that baseline and being like whoa! And kinda spiraling into this experiment.” — Grimes on the opening track, “Infinite Love Without Fulfillment.”

Originally released via 4AD in 2012, Claire Boucher’s third album as Grimes remains one of pop’s most fascinating sequences. Named one of the Best Albums of the 2010s by Pitchfork, who said “almost eight years later, Boucher’s human-generated cyborg pop still feels enigmatic,” Visions received universal acclaim from fans and critics alike, ending up on numerous end of year lists from Complex, The Guardian, Rolling Stone, and Stereogum just to name a few. The reissue arrives on the heels of her new song “Player of Games” and after 2020’s Miss Anthropocene, which NPR said “pushes the pleasure buttons of mainstream pop while also appearing to critique it.” 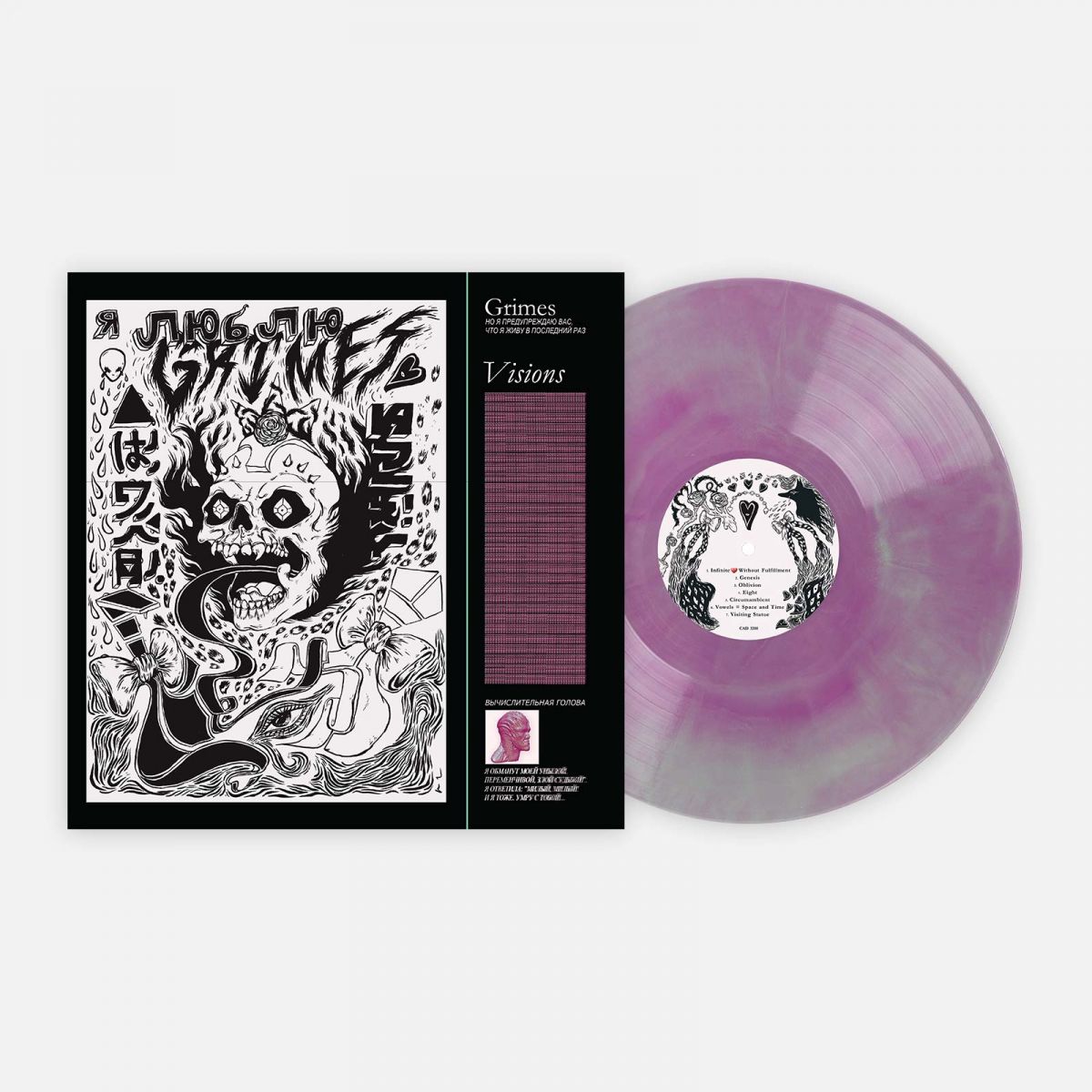