On July 22nd, WAKE will unleash their sixth full-length, Thought Form Descent, via Metal Blade Records. Upon record release, the band will kick off a special 5-show run across Canada that celebrates Thought Form Descent, featuring Bleeding Out, Executioner’s Mask, Atrae Billis, and The Weir as support. See below for all dates:

For a first preview of Thought Form Descent, a video for the single “Swallow the Light” (directed by Michael Jari Davidson//@MJD_DOP) can be viewed at: metalblade.com/wake – where the album can also be pre-ordered in the following formats: 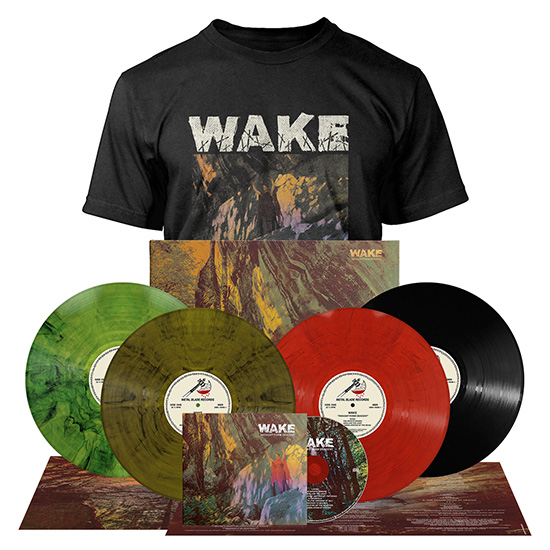 Never a band interested in repeating themselves, WAKE has evolved with every release. 2020′s Devouring Ruin made this clearer than ever, hammering the point home with the Confluence EP in the same year, and now they return with Thought Form Descent – their most dynamic, diverse and emotional release to date. “I’d describe the record as a place to reconsider what ‘extreme’ means. The words ‘brutal’, ‘crushing’, ‘devastating’ are overused adjectives for extreme music. We wanted to force people to confront the idea that ‘brutal’ or ‘extreme’ ideas aren’t just blastbeats or angular tritones, or, more importantly, ‘brutal’ elements alongside pointedly passive elements can create their own experience that can channel both and neither.” The result is eight nuanced tracks that run the gamut from relentlessly heavy to exquisitely beautiful – often simultaneously – and instantly grab hold of the listener, demanding their full attention. However, at the same time, they are lushly textured and densely layered, and offer more with every subsequent exposure, unfurling to show hidden depths, and taking WAKE to a whole new level.

To track the album, the band once again collaborated with Dave Otero (Allegaeon, Cattle Decapitation) at Flatline Audio in Denver, CO. “Dave is someone who does something we love – supersedes what people think of him. Sure, he recorded many successful death metal albums, but his ability to understand pop music and its composition, his knowledge of music theory and his willingness to get right into the movement of a song and its chord progressions, not just the riffs, are things that go way beyond ‘death metal’. He can make hard right turns into wildly different sonic territory without batting an eyelash, and he always has an idea during the deviation, too. He contributed a lot to this record.” Having prepared exhaustively in advance, once in the studio the band were able to try new things, play with ideas and rearrange songs, having the time to go down the proverbial rabbit hole and see where it took them. Kevin Hufnagel of Gorguts also makes an appearance, playing guitar on “Pareidolia” and “Observer To Master”, the latter track one of the most melodic on the record.

WAKE is currently on tour across the USA with Misery Index, Origin, and Wolf King. See below for all dates! 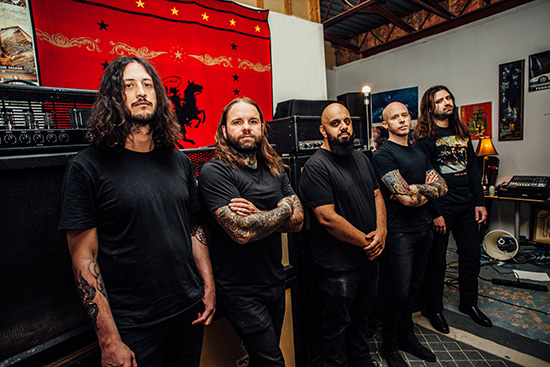