WAKE is releasing their single “Vast of Infinite“, which has been remixed by Justin Broadrick of Jesu, exclusively through Bandcamp today! The track was originally recorded in 2020 and was remixed in 2022.

“We’re thrilled to work with Justin Broadrick on this remix. He’s been a staple in a lot of our musical influences over the years and it’s amazing to hear his unique take on one of our songs” states WAKE vocalist Kyle Ball. Guitarist Rob LaChance adds, “Vast and Infinite came from a dark place somewhere between Covid isolation, change and a great feeling of reflection. Justin’s remix sounds as a continuation of all three but through a darker register.“

Fans will be able to stream and purchase the track available through Bandcamp here: wakegrind.bandcamp.com 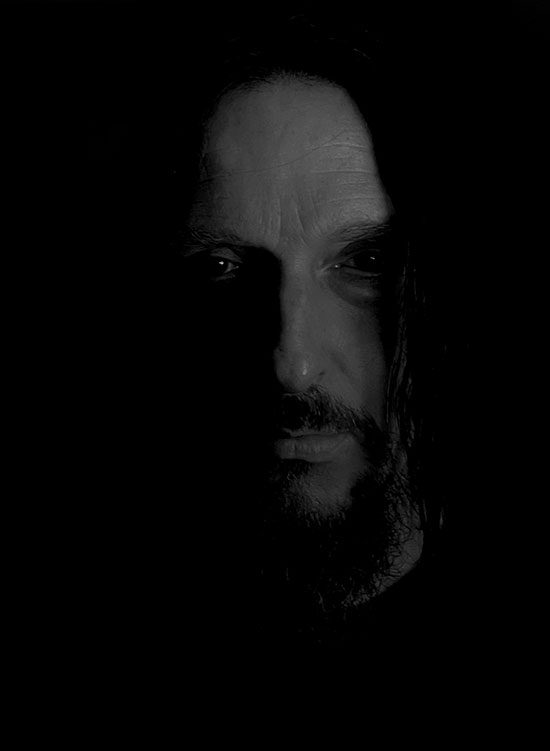 The band will be performing at the SOLD OUT Decibel Magazine Beer & Metal Festival in Denver, CO on Saturday December 3, which will also feature the band’s craft beer collaboration with Wake Brewing. 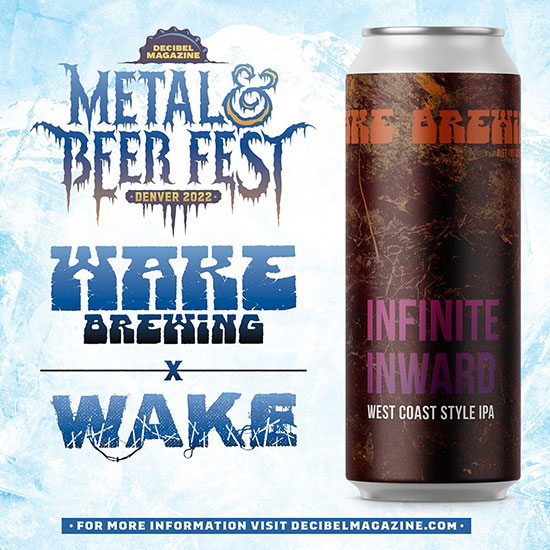 Wake Brewing and WAKE the band have very similar values and beer tastes, so doing a second co-brew for the fest was a total no-brainer.

About Wake Brewing/WAKE‘s beer collaboration “Infinite Inward” – “This 7% West Coast IPA was dusted up with CTZ, Citra, Centennial, and Summit hops. Balanced, but also hop forward. Juicy, but also with crisp hop bitterness. A focused profile, but with dense spiciness, too.“

After the Decibel Denver Beer & Metal Fest, WAKE will join Wayfarer for a short tour that wraps up on December 11 in Chicago, IL at Peace Simulation Fest. 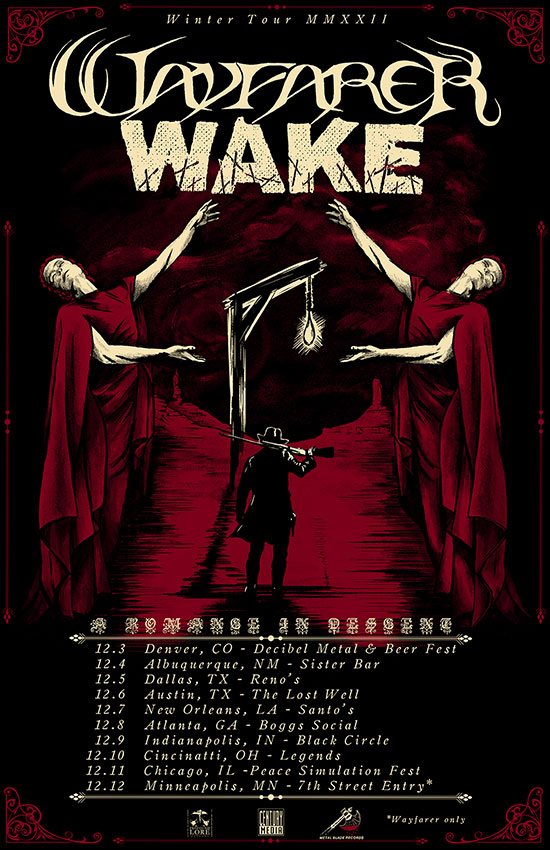 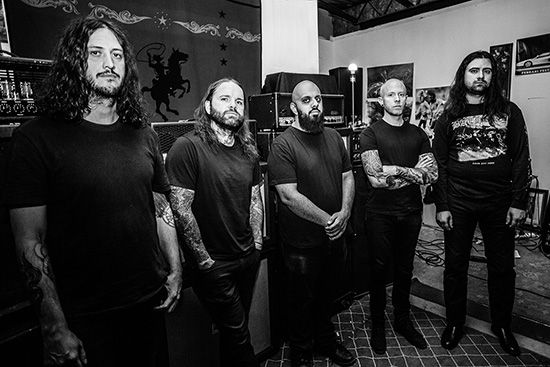 Never a band interested in repeating themselves, WAKE has evolved with every release. 2020′s Devouring Ruin made this clearer than ever, hammering the point home with the Confluence EP in the same year, and now they return with Thought Form Descent – their most dynamic, diverse and emotional release to date. “I’d describe the record as a place to reconsider what ‘extreme’ means. The words ‘brutal’, ‘crushing’, ‘devastating’ are overused adjectives for extreme music. We wanted to force people to confront the idea that ‘brutal’ or ‘extreme’ ideas aren’t just blastbeats or angular tritones, or, more importantly, ‘brutal’ elements alongside pointedly passive elements can create their own experience that can channel both and neither.” The result is eight nuanced tracks that run the gamut from relentlessly heavy to exquisitely beautiful – often simultaneously – and instantly grab hold of the listener, demanding their full attention. However, at the same time, they are lushly textured and densely layered, and offer more with every subsequent exposure, unfurling to show hidden depths, and taking WAKE to a whole new level.

To track the album, the band once again collaborated with Dave Otero (Allegaeon, Cattle Decapitation) at Flatline Audio in Denver, CO. “Dave is someone who does something we love – supersedes what people think of him. Sure, he recorded many successful death metal albums, but his ability to understand pop music and its composition, his knowledge of music theory and his willingness to get right into the movement of a song and its chord progressions, not just the riffs, are things that go way beyond ‘death metal’. He can make hard right turns into wildly different sonic territory without batting an eyelash, and he always has an idea during the deviation, too. He contributed a lot to this record.” Having prepared exhaustively in advance, once in the studio the band were able to try new things, play with ideas and rearrange songs, having the time to go down the proverbial rabbit hole and see where it took them. Kevin Hufnagel of Gorguts and Vaura also makes an appearance, playing guitar on “Pareidolia” and “Observer To Master”, the latter track one of the most melodic on the record.