Ballarat, Australia’s Nicolas Cage Fighter has just released a new music video for the track “Static Abyss” off of the debut full-length album The Bones That Grew From Pain.

“Static Abyss is one of our personal favorites from the album, and it’s an absolute killer live. The lyrics driving this song are about humanity’s impact on the planet, and the necessity for us as individuals to play our part in making a positive change to the world around us. There’s plenty of riffs to get violent to and some super catchy grooves that have us banging our heads hard every time we play it. There’s a little bit of everything in this one that’s certain to get you up off your feet and into the pit. We’re incredibly proud of this music video and thrilled that we’re finally able to share it with everyone.“

The Bones That Grew From Pain is available now worldwide and can be steamed or ordered now at: blacklightmediarecords.com/nicolascagefighter 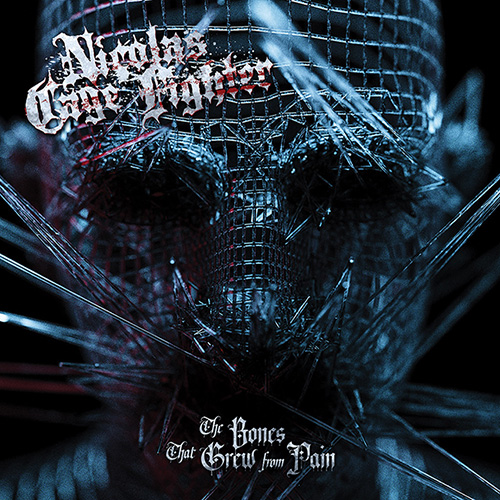 “The Bones That Grew From Pain is 10 doses of no-nonsense metalcore, showing no signs, despite the band’s name, that its medicine is to be taken lightly.” New Noise Magazine

“The Bones That Grew From Pain is legit metallic hardcore, taking hard-hitting breakdowns and throwing them into a death metal pit…a strong debut album.” heavymusichq.com

“Nicolas Cage Fighter are absolutely winning the race, with The Bones That Grew From The Pain automatically separating them from the rest of the pack.” hysteriamag.com

“an album that is dedicated to modern extreme sounds” metallerium.com

“Nicolas Cage Fighter have all the makings to create a big impact both in their own backyard and in the international heavy music scene.” wallofsoundau.com

“On those days you feel pissed off, alone or frustrated with the world, The Bones That Grew from Pain could be your soundtrack.” angrymetalguy.com

“NCF have created an incredibly infectious record, filled with elements from all their inspirations to make an album that is definitely going to get them noticed.” metalepidemic.com

“(NCF) specialise is music that takes the metallic hardcore style from the 2000s and adds in more contemporary influences.” wonderboxmetal.com

“This is a record that sparkles with potential from beginning to end…” distortedsoundmag.com

“an album that is pure brutality from the moment it starts to the very end, with no let-up along the way, and it still be this listenable and addictive.” gbhbl.com

About the band:
Formed in Ballarat, Victoria in 2011, the band have worked slowly and steadily to build their profile, dropping singles and EPs and sharing stages with the likes of Attila, Thy Art Is Murder, Thick As Blood and Deez Nuts, building a devoted fan base. With their guitarist Justin Ellis and bassist Tom Bardwell hailing from a hardcore background and drummer Matt Davenport having cut his teeth in death metal the blending of styles comes naturally to the band, with the dynamic, wide ranging vocal techniques of frontman Nicholas Moriarty holding the whole thing together. Though they wanted to remain true to the Nicolas Cage Fighter sound they also were not afraid to expand on this and take it in new directions. “The record feels darker than anything we’ve ever done before. We’ve also included more melodic, ambient and experimental parts than we’ve ever implemented on any previous release, and we feel that the record is a natural progression and evolution from the ‘Cast You Out’ EP. It’s heavier, faster, the breakdowns will crush your head in, but there’s also some stuff we haven’t tried before and is at the cutting edge of modern heavy music.“

The internet might have discovered the most chill Metallica cover ever