Comments guitarist Tyler Harper, “With Furnace Fest coming up, we’re beyond ready to be back on the road with our friends in The Grasshopper Lies Heavy, one of the sickest bands in the Texas underground right now and to be doing a few shows with the legendary Eyehategod! These dates are going to be a blast and among our last few shows of the year. Come out and party with us!“

Additionally, the band will terrorize their home state in October with a pair of shows supporting Exhorder as well as a show with KEN Mode Halloween night. See all confirmed dates below. 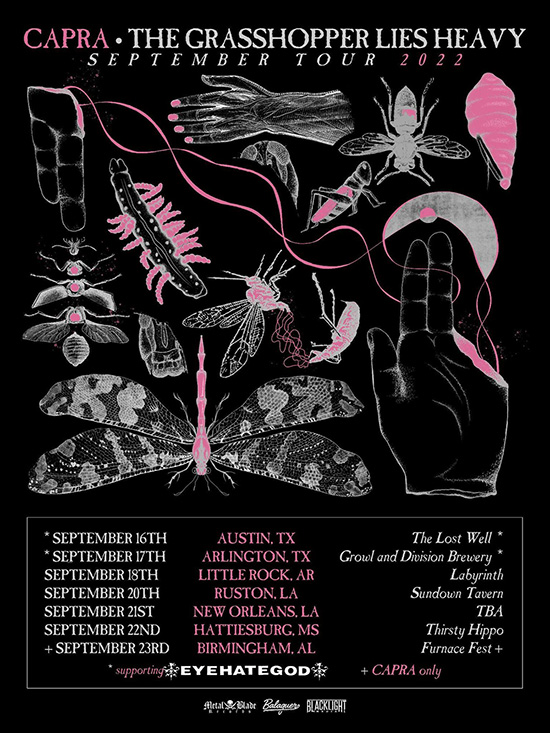 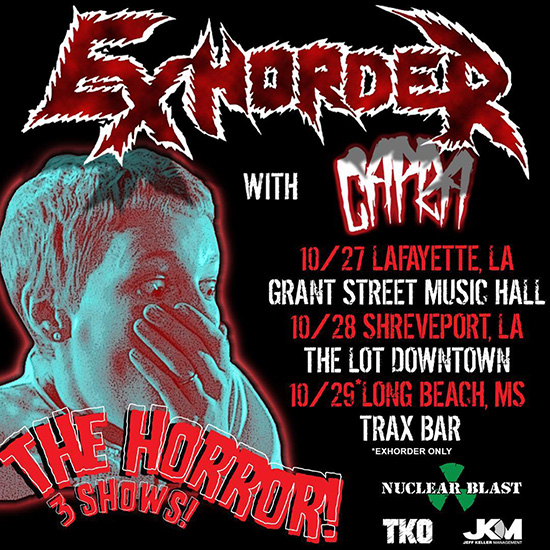 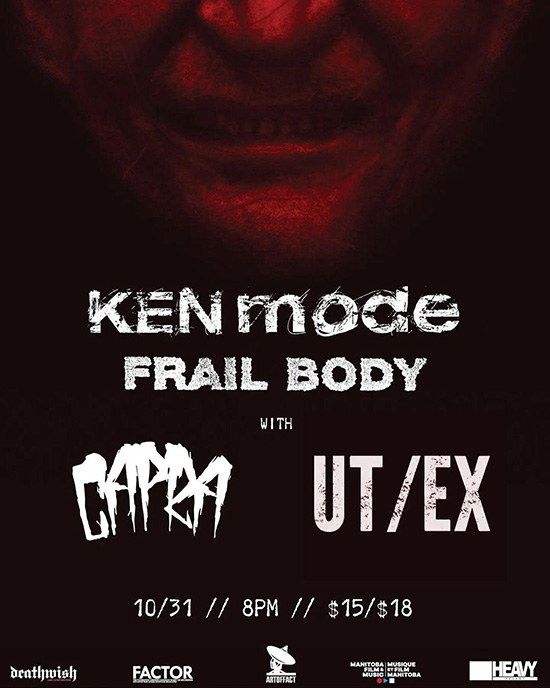 Formed in 2016 by guitarist Tyler Harper and drummer Jeremy Randazzo, the initial idea for CAPRA was to create something that would be fresh while still giving listeners a sense of nostalgia for the sounds of the late ’90s and early 2000s hardcore and punk scenes. Following various lineup changes, and adding Crow Lotus (vocals), Trevor Alleman (guitar), and Ben Paramore (bass) to their ranks, everything came together. In Transmission — recorded with Jai Benoit (Golgothan, Father Rust), then mixed by Taylor Young (Nails, Twitching Tongues), and mastered by Brad Boatwright (Pig Destroyer, Integrity, Torche, Idle Hands) — represents the culmination of years of hard work, reflecting everything they’ve been writing and pouring into the band since solidifying the lineup. “We wanted it to be the heaviest and most complete record we could possibly lay down, composed of only the best songs we’ve written over years of playing together,” says Paramore. “It’s the best set of songs we’ve ever had, and we’re all extremely proud of them, and each other, so we hope it sounds like a total passion project – because it is.“

Preview and purchase In Transmission at: blacklightmediarecords.com/capra

“…the album is quite simply heavy-as-hell, with roaring guitars, earth-cracking drums, and bellowing basslines, and moving through the record feels like observing some kind of metaphysical cleansing in which audience participation is required.” — New Noise Magazine

“Effortlessly moving from classic hardcore stomps, sludgy southern crawls and shades of atmospheric black metal, every note feels like it is absolutely necessary immediate, and tightness with which the band operates is something that many bands with five times as much experience as CAPRA wish they could attain.” — Nine Circles

“In Transmission is a release that really puts everything on the table, and leaves behind nothing. But it doesn’t exhaust the listener so much as call them to arms. A new act that should have no problems generating some buzz with their immediately gripping sound and nostalgic yet fresh appeal.” — Dead Rhetoric

“CAPRA immediately grabbed me by the throat, smacked me around about a bit, and then shoved the mic through my front teeth so I could contribute some gang vocals.” — Moshpit Nation